The start of a Magical weekend

No - not the fact that this is the last weekend before the end of the Santa Lot review which has been over two and a half years in the making. Instead, the look through of a $4 pack of 100 Magic cards - 50 today and 50 tomorrow.

Not the usual sports card fare, but interest for anyone who has seen the product at their local Dollarama and wondered what kind of cards you end up getting in the packs.

Again, for myself, it's all about artifact cards, and getting 10 of those out of the whole pack would make this a win regardless of anything else. 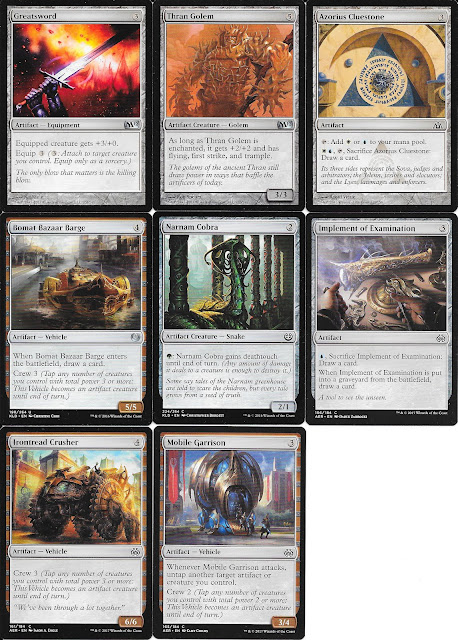 Well, that makes this almost a successful pack just in this first half. Most of these I already had a single copy for, but the Thran Golem is new and an awesome little baddie to pick up. Wouldn't work for the ability in my pure artifact deck, but that is a pretty nice extra ability if enchanted.

The Barge is also a new card, though I personally never got behind the crew ability of requiring other creatures to man the vehicle, which makes complete sense, but still not something I like as far as game activity - what three creatures would you sacrifice for the turn to man the barge?

As for the rest of the cards... 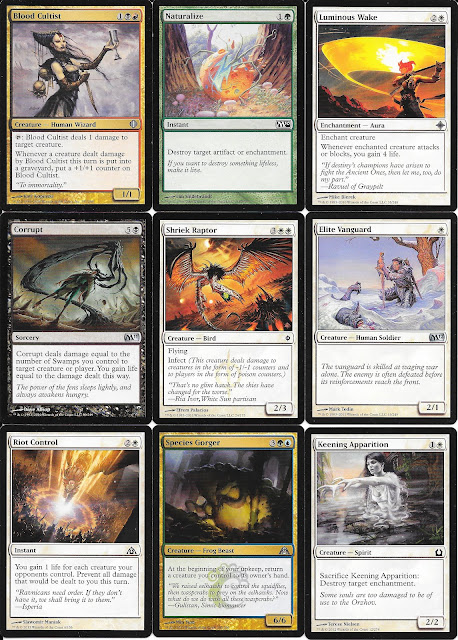 I hate the Naturalize card...I mean, how unfair to destroy a poor innocent artifact just like that.... 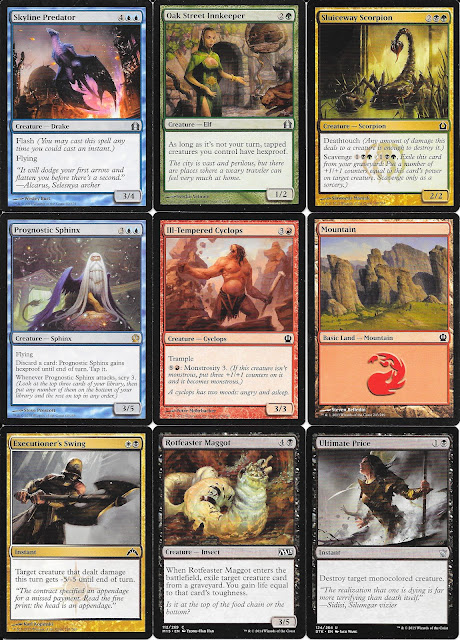 Some great artwork examples here that,e ven if you don't play the game, you can appreciate with the Sphinx, Cyclops, and Executioner. 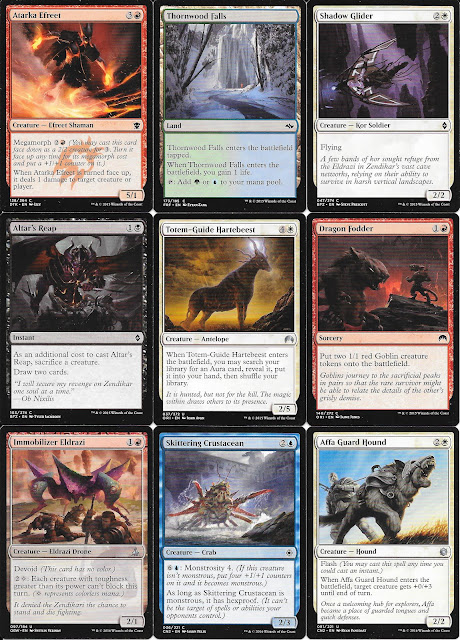 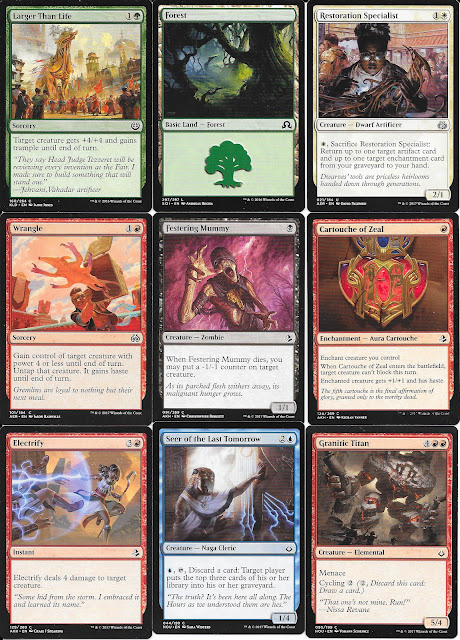 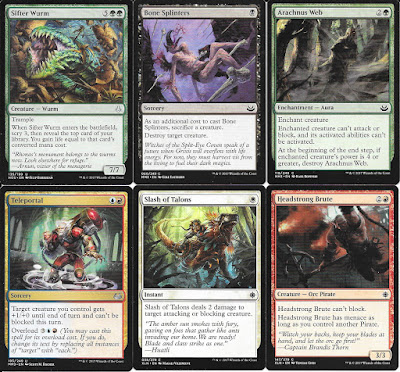 This was a pretty solid first half of the pack, so not sure tomorrow's will be any better, but if it is the same as this, might be the best pack I have opened for artifact cards.
Posted by CrazieJoe at 8:00 AM