The end of the Santa Lot

Well, this took a while. For those following from my starting days of the blog, I had been back into collecting for a couple years when I came upon the Santa Lot (details on it in the tab at the top). Buying the cards, I wanted a way to document what I got, while not rushing through the lot and just pushing through without enjoying the fun of going through a bunch of new to me cards.

Well, almost 13,000 cards later and somewhere in the range of 625 posts later, we are at the final post.

Before going through the final cards, some highlights and takeaways from this process...

Forest Gump Effect
Without a chance to take a cursory look at a bunch of cards - you never know what you are going to get. This was sold as mostly hockey and baseball cards and, as the stats show, it was really more just a mixed bag of major sports. Luckily, a bunch of stuff that I ended up keeping, so with nothing else, I ended up with about 700 cards (10 cents each given the $70 price tag) which were Toronto cards, inserts, parallels, variations, or error cards for those collections in hockey and baseball.

Share and share alike
Yes, there is shipping to be considered, but over the two and a half years that this process took, I have already traded away a couple thousand cards from the basketball and football dupes, turning them into cards in my collections. Keeping track of exactly what was going to be too difficult, but this has been a major benefit that I wasn't fully expecting, though was hopeful for.

This was part of my thought process about the blog, just another way to try and reach people I could trade with and benefit with some cards as well.

What was the best part of the process?
A few items pop out. As far as single cards go, getting the Stephen Curry Topps rookie card was a great go, and being able to make the Santa Lot "free" in selling the one card.

I enjoyed finding out about different sets that I hadn't known about like the baseball's 2005 Upper Deck Classics set, which I was able to complete the base set of, save for about half the Retro Rookies.

I enjoyed getting a bunch of hockey McD set cards, though none of the sets were completed.

Also, even though they are not going to stay part of my collection, I was happy to complete the couple basketball sets as well - now to just find them a home.

Would I do it again?
Absolutely, though I am in no rush. I would like to focus on getting my traders and dupes down a bit before getting another bunch of cards to go through like this. If something awesome comes along, I will jump at it, but I am just as happy to send off a bunch of cards and trade to grow the collection.

From a space consideration as well, it would be good to make room for some 3200 count boxes before bringing in a few more. 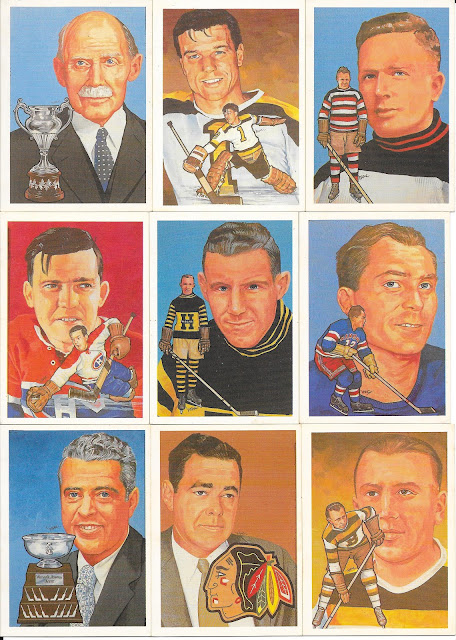 1985 Cartophilium Hockey Hall of Fame - one of those sets I hadn't heard about before getting the Santa Lot, and we finish with a nice bunch of them here (though no Leaf cards unfortunately). 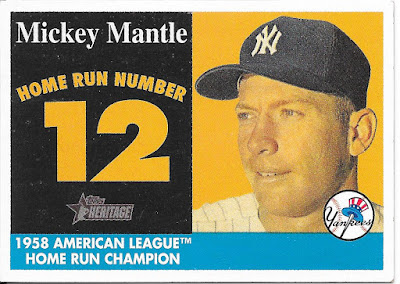 I have to also add this one, as it is the second Mickey Mantle insert from 2007 Topps Heritage that came out of the Lot, and these would look pretty nice in a binder one after the other. 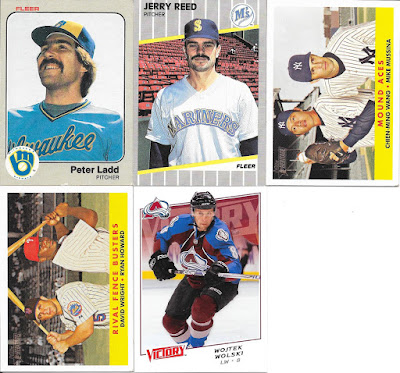 At least we get a few baseball cards to end! 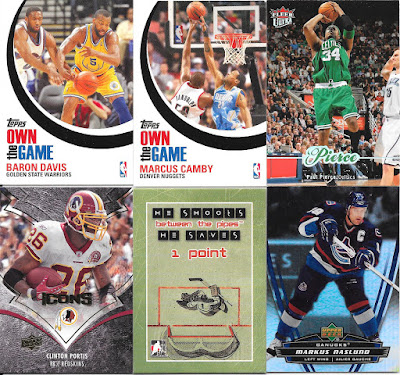 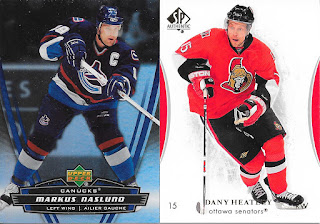 Ended up a few short on the 2007-08 Topps Basketball Own The Game insert set, but a couple more dupes for trade bait isn't too shabby.


Now What?
So, since this started the blog - what I am going to do now?

Well, I plan to continue posting daily with new stuffs, trades, and whatever of interest I come up with. At least for the rest of the calendar year - I may move to posting a bit less next year, not sure yet. I will still be here, sharing, and looking to trade to not only grow my collection, but also help yours!