At times going through this lot, it has definitely seemed there was a bit of Chicago Blackhawks collecting going on. It may be from a player collection as there are a few stars usually highlighted between Amonte, Chellios, and Zhamnov.

Just noticing more than anything. Too bad it wasn't Leafs. 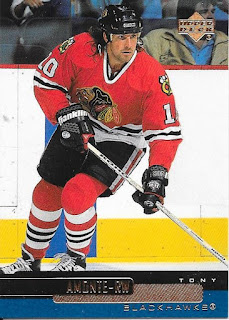 I do get one keeper which is really just a base set addition  Amonte, but it still counts! 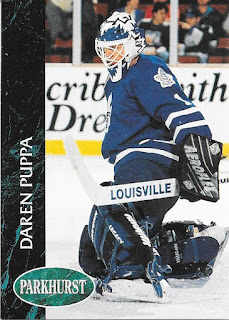 Well, if there's going to be more Parkhurst from the early 90s, I'll take a duplicate Leafs with Darren here. Was a decent enough back up goalie. 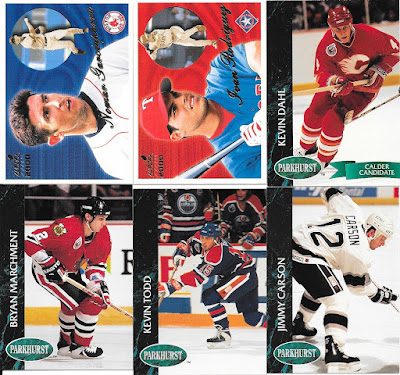 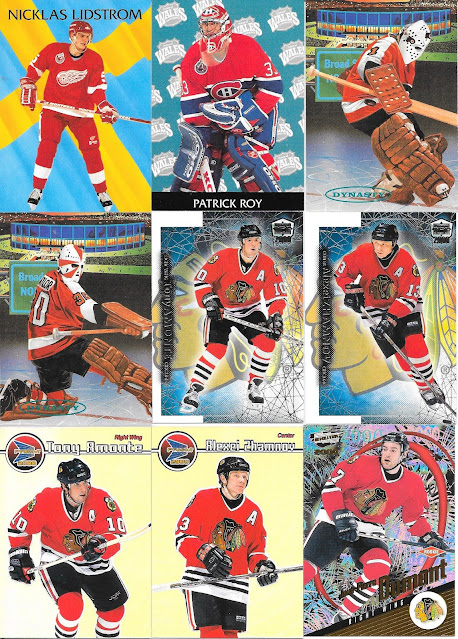 Here is a good example of what I am talking about with the Chicago Blackhaks - a few sets I haven't seen much from here, but all Chiago, and man, that Revolution set is all kinds of trippy! 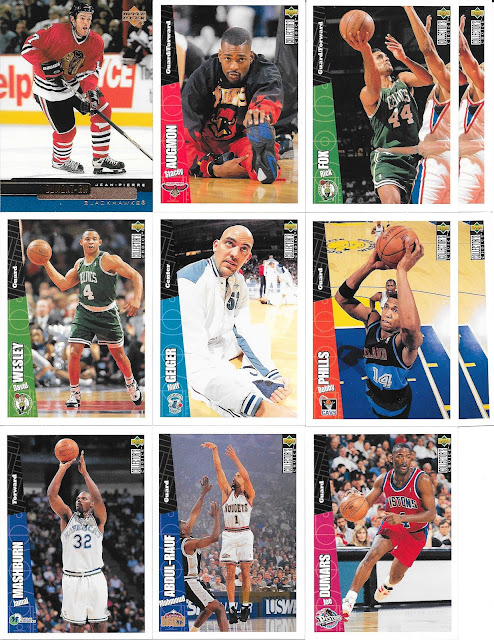 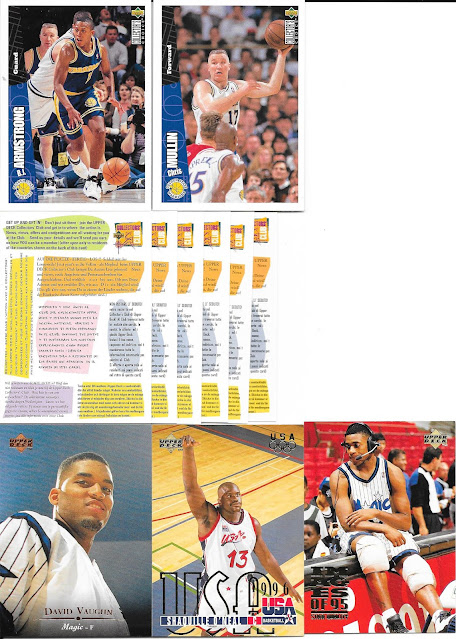 Well, the Collector's Choice inserts will be solid packaging material. They are thin, but protect the ends of card stacks just fine, so don't mind getting a few of those. 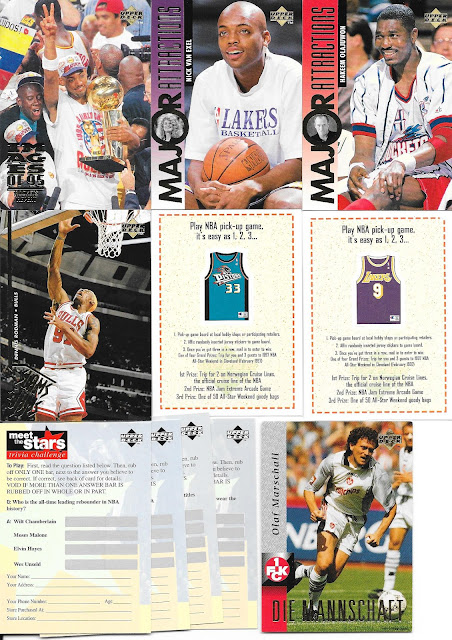 Interesting enough to get another one off soccer card to end, but I do like the baketball sticker inserts, a neat way to do it.
As for the scratch cards - still surprised they did 90 of them, though I may be at about 1/3 of them by now in how many have popped up here. 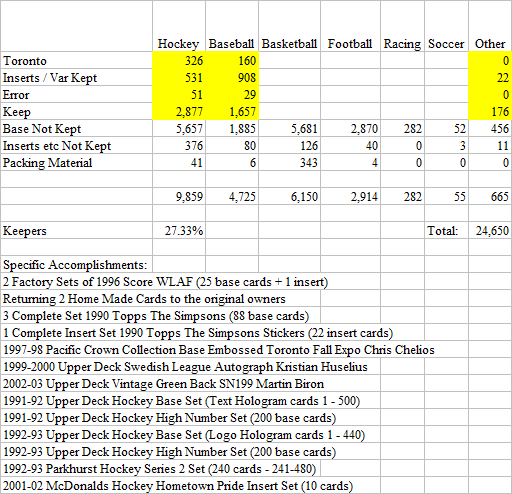