Whenever opening a 2015-16 Upper Deck Series One pack, there's always the hope of coming across an Auston Young Gun - spoiler alert - didn't get one today, but let's see what I did end up with... 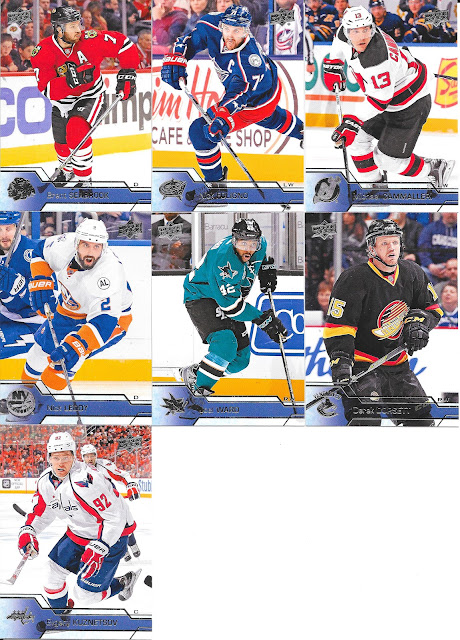 I am collecting the set, so happily, I ended up getting all cards that I needed, so that's a plus. 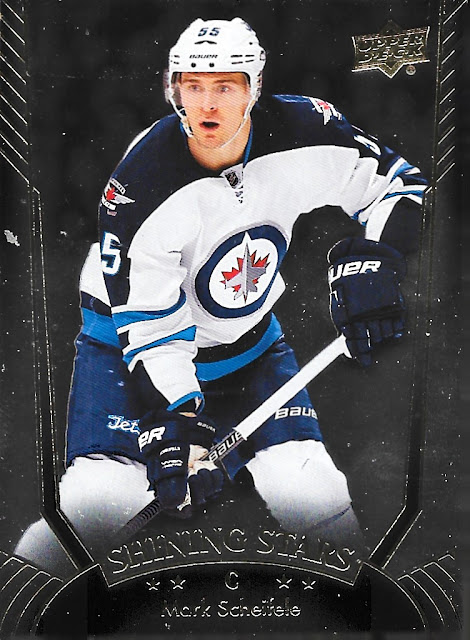 This will be the star of the pack though as we get a Shining Star with Winnipeg main man Scheifele. The cards definitely don't scan as well as they look in hand (doesn't do them justice). First such insert I have from the set though, so a solid plus there.

One more pack from the mystery tin which we can go through tomorrow, but last for today is a PWE trade with a first time TCDB partner jeremyjmohr which covers some baseball, hockey, and wrestling. 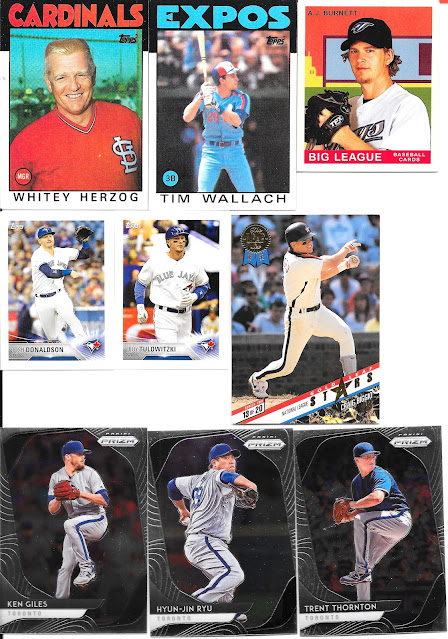 We get a couple 1986 Topps set help and a handful of new Jays cards including my first few 2020 Panini Prizm Jays as well. 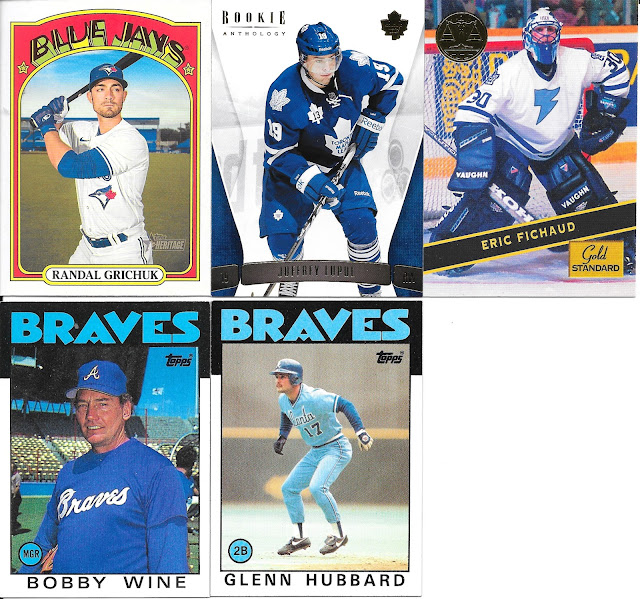 A decent Fichaud "drafted to Toronto so it counts" card, and a couple 1986 Topps dupes for the error card binder, but the highlight of this one is... 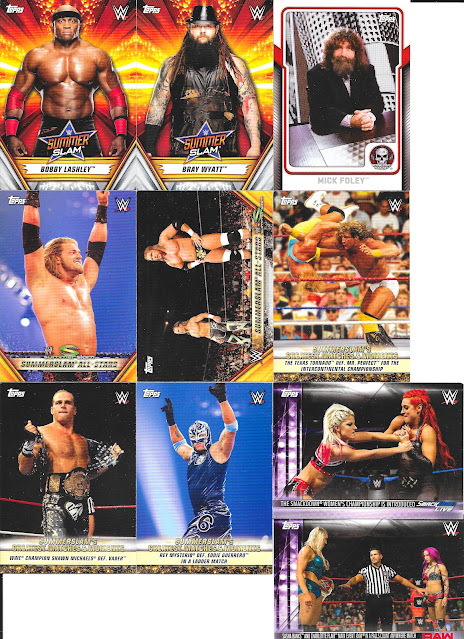 A solid bunch of wrestling additions, most of the insert variety. Still, really enjoy those Summer Slam base cards done as roster designs, especially Bray - glad he's back and as interesting but off the wall as ever!