This is it - the last of the cards from SHaw Raving, and we start with 2019 Summerslam, and some spattering of new cards thereafter. 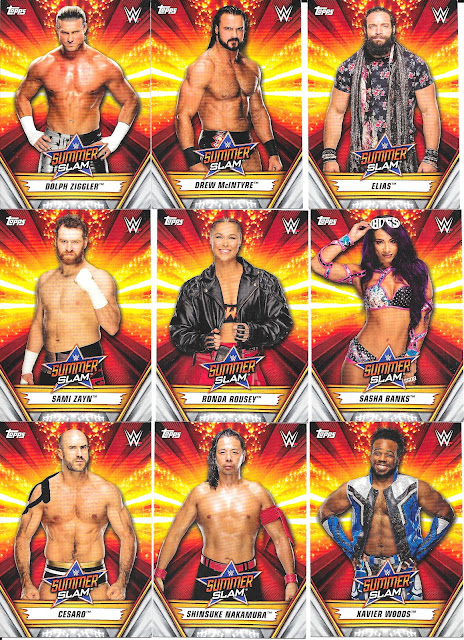 I really love these roster card pose subsets. SO the first half of the set is done in this fashion, the second half as you see below, moments from the last while, documented. WWE does promotional shots well, and these roster cards almost always look excellent, and also give a good look of each star individually, so having them over time, side by side, does a really good job in showing the evolution of the wrestler. 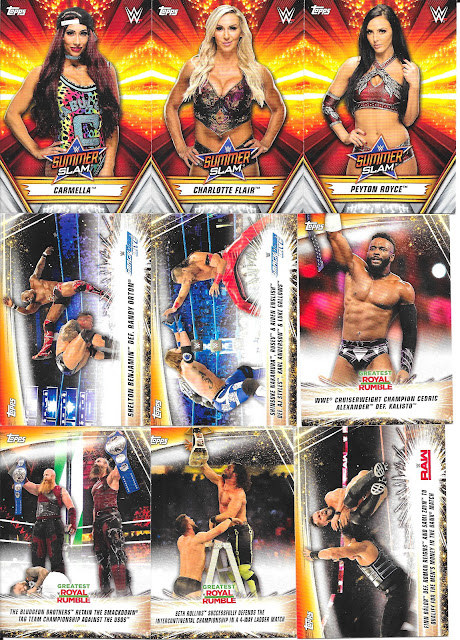 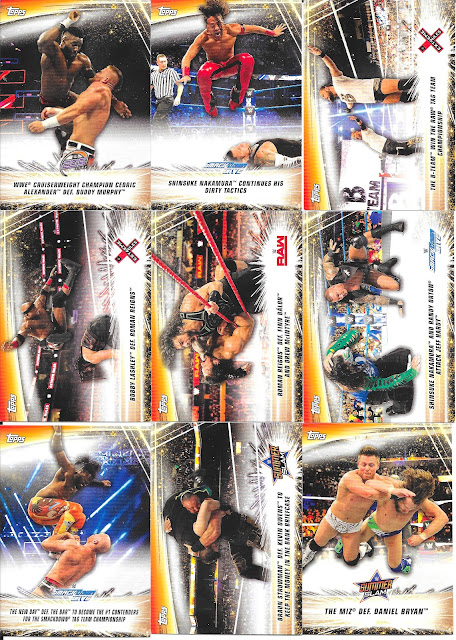 As mentioned - moments documented, with solid action shots in most cases, including a Skull Crushing Finale of Bryan by The Miz which is, awesome! 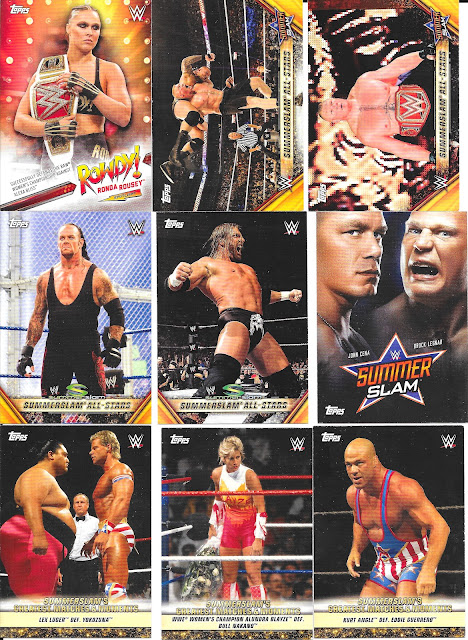 Some inserts for the 2019 Summerslam set including another Ronda card and some obvious Summerslam All Stars.
Ah, Lex and Yoko always make me think of that awful Lex Express bus. 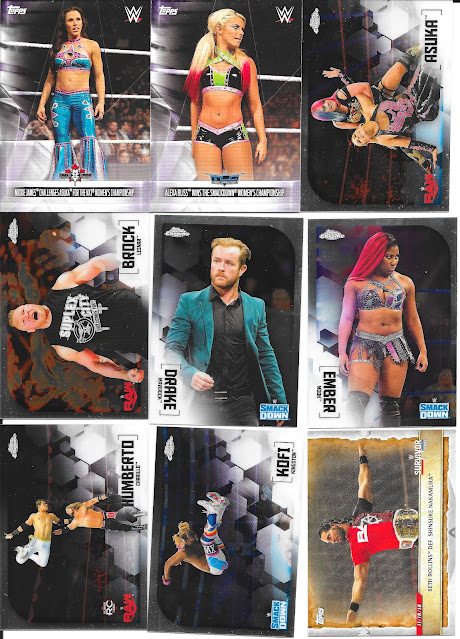 Some Chrome cards which I had none of for 2020 which look nice in hand, not as well scanned. 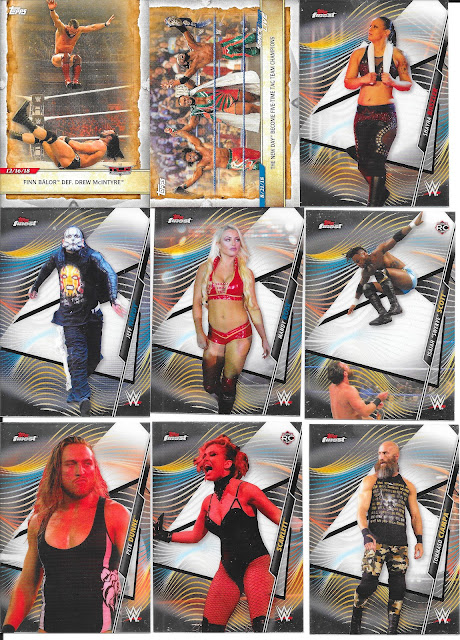 The Finest cards aren't nearly as good since the background does nothing for me, though it does make Scarlett and Dunn look like they are in horror movie scenes with the red lighting on them.

I really love the Transformations insert set, or similar that have been done in the past like TNAs from the late 2000s. I believe they had a subset which did similar, taking shots from early and late points of a career to show the change in character.

There you have it....a whole bunch of wrestling cards which make me very ecstatic and happy to have.

Huge thanks to Shaw Racing on the trade! Big or small, I love all the trading, and here's a quick PWE trade with CardDad78 to end today's post... 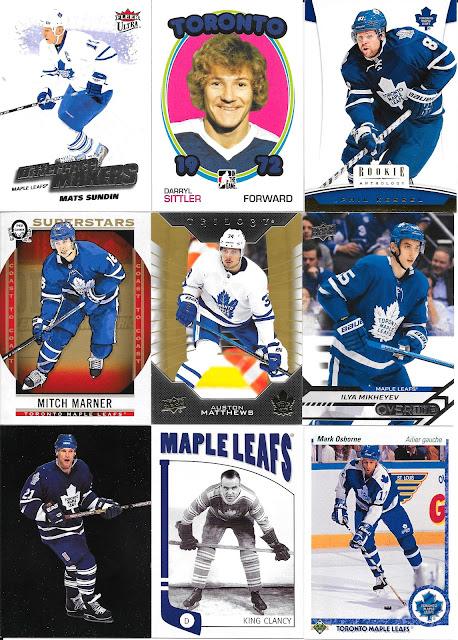 A nice smattering of Leafs including a one Leaf insert Difference Maker from 2008-09 Ultra.
I will also share the packing material... 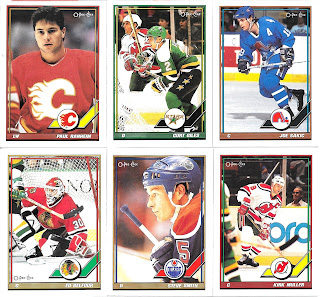 Nothing I need, so instead of logging them, I just used them in one of the trades I just sent out instead! Works for me.