So this is the first trade to come out of the Santa Lot 20 cards. Trevor7777 over on the TradingCardDB.com got about 30 various football cards from those I've pulled and that you have seen here, and in exchange he sent me about 30 Blue Jays. For fun, because that is what collecting is all about, I told Trevor not to bother seeing if they were cards I needed or not, I'd take them regardless.

The first groups here are cards that are duplicates for me, but will be nice additions as most can sit as cards to be part of the sets I may otherwise choose to work on... 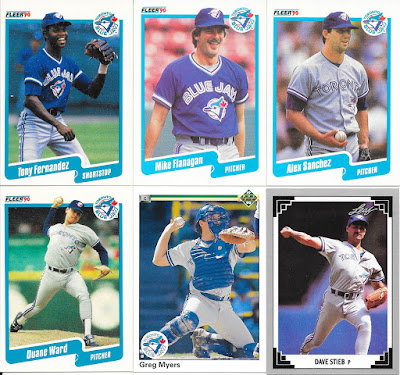 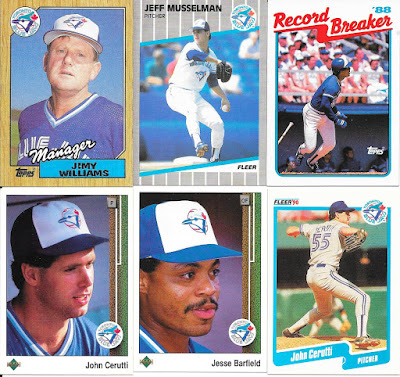 A number of 1990 Fleer Jays and smattering of other junk wax era Jays that. I love the 1989 Topps Record Breakers card noting George's opening day 3 home runs. Second favorite would be the nice picture of Greg Myers throwing back to the pitcher. 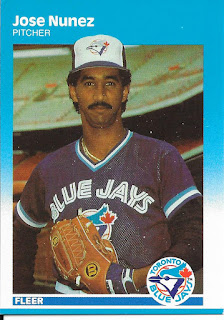 A darkened picture - definitely not the greatest, but standard mid-80s card look 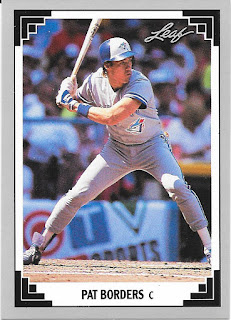 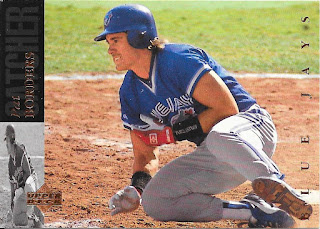 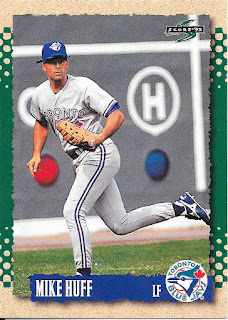 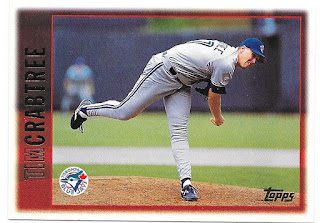 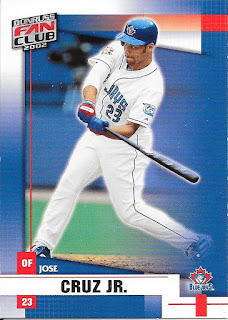 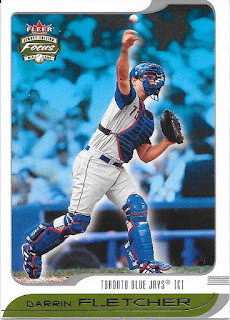 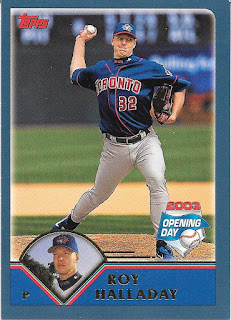 Really like this card - Roy Halladay was such a great pitcher, sad he had to leave Toronto to try and find success, but doesn't change his successful hall of fame career, a good chunk of which was in Toronto. 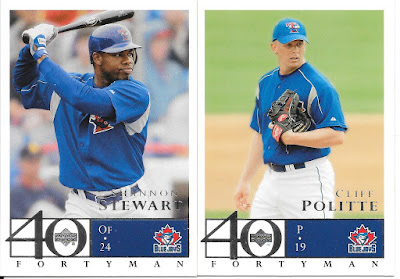 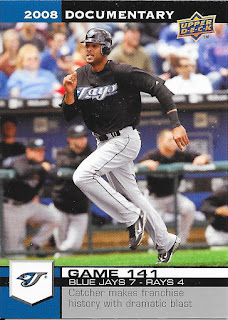 The challenge of challenges for a base set collector - if there is a larger set out there, I don't know about it. How big? Well, this is card number 4256....a very different and interesting set, but a massive one nonetheless. 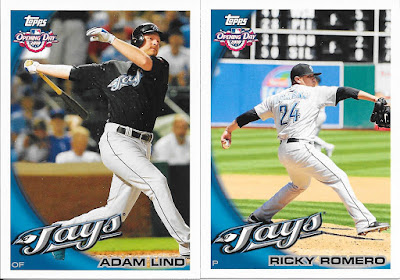 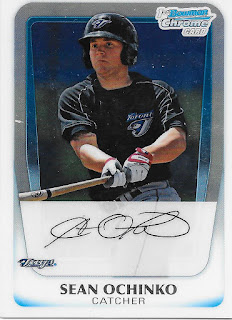 This is a tough one for me...it is labelled a Toronto Blue Jay card, but he didn't play a single game for the Jays but instead proceeded through the minor league system and was released by the Jays organization in late 2014 without reaching the majors. I'm kind of torn whether I should keep it or not, but am leaning towards yes since it is a Blue Jay card in name on the actual card.... 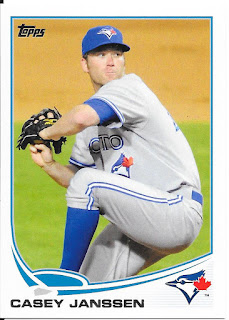 Best for last as far as pictures go - lpve the stretched out Carrera pose.

So with that
Posted by CrazieJoe at 8:00 AM