Today, I picked up a 100 Magic cards for $4 pack from Dollarama. I did this more for the fun of going through, as I am sure there may only be 5-10 artifact cards which is what I am really looking for and will be keeping.

So, Let's take a look at those keepers - the artifacts, as well as a few of the other cards of interest which, well, I have something to say about or share...or just look darn cool. 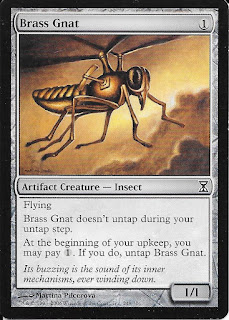 Not a bad little card for getting out right away since flying creatures, and low cost ones are a good quick hit, and useful for defending if nothing else. 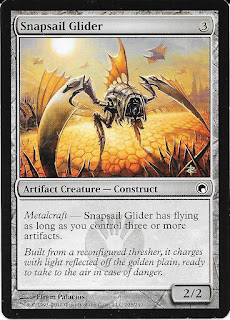 I have picked up a few artifacts from this set, but didn't have this one yet. Nice for the flying ability, and in an artifact deck the condition of have three wouldn't be an issue. 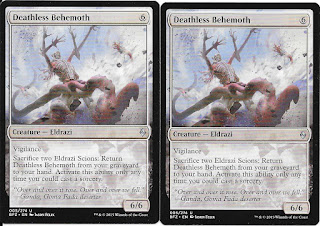 I am going to count these as artifacts with the colourless casting cost, and the package does warn that the package can contain dupes - and this is one I don't mind. 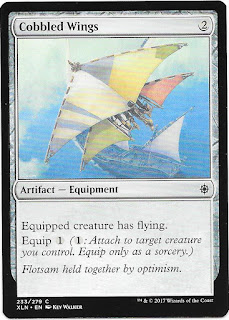 These packs do seem to have quite recent cards too, right into 2017. I see a theme of flying with these cards so far... 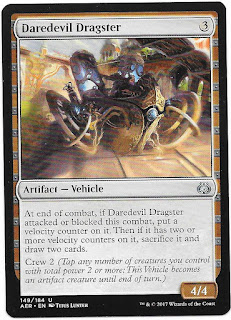 Vehicles were an interesting twist. On older cards where a vehicle was involved, such as a war machine, it worked fully staffed as it's own card - no need for others to "run" it. 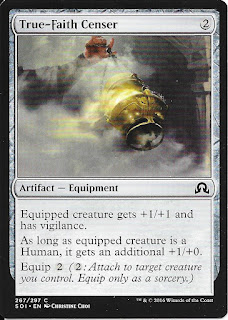 Last artifact and, other than the duplicate in two cards above, all of these were new for me, so a good pack that way.

I won't go through a lot of the other cards, but here is a smattering of interest as I noted. 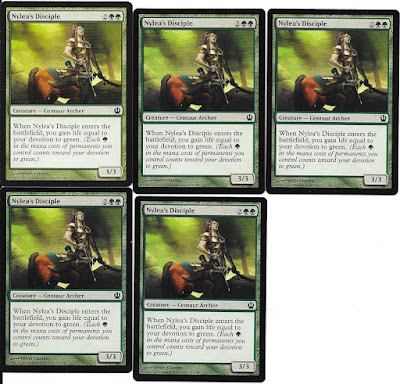 Here is proof on the duplicates in the same pack note. Not really a big deal given the price of the pack, but still my preference would be 100 different cards. Much easier to do that in sports cards though compared to Magic cards. 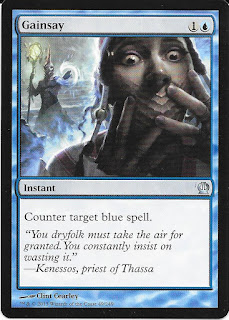 I remember when counterspells were with a single casting cost, not two...I guess that would just be inflation.... 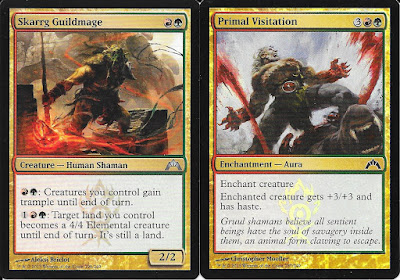 The foil card on the right (best way to see would be the sumbol behind the text being a shiny colour in the scan). 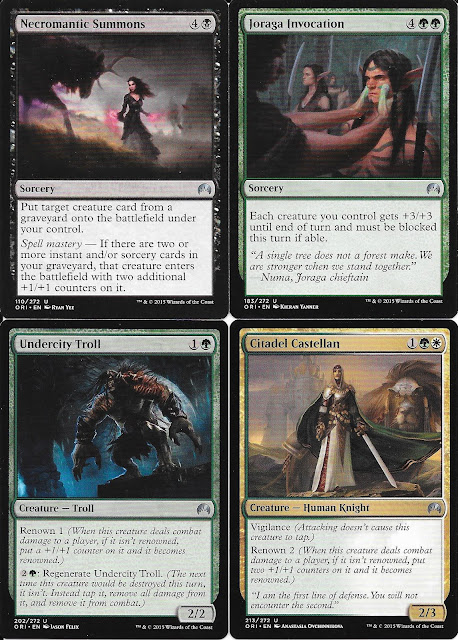 A sampling of more of the uncommon cards - there were no rares in the pack but about 15 uncommons which is fairly decent. 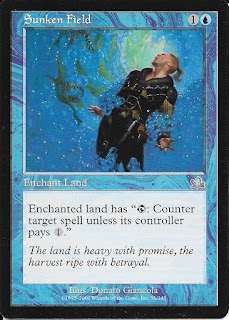 Another interesting take on a counter by tying it to a land - don't see as many enchanted land cards these days (if much of any). 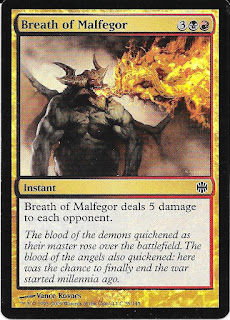 Finishing with the other foil card which, given the fire breath is quite appropriate. 5 mana to cause 5 damage to each opponent is a pretty sweet deal in group play - you just have to get it by everyone else, more people with more chances to counter doesn't mke that a guarantee. Especially i they have counters like above.

These packs are worth their value in opening, now I just need to find someone to trade/get rid of the extras I don't need or want - they are well worth finding a good home for.