Nothing but the Finest

I never had many Finest cards from any sport. Though the set started in the early 90s in baseball (where I really know it), it was across other sports as well as highlighted today. I can't give an overall opinion of it, because I really have had so few cards from Finest in my collection, but they do have a higher end feel, especially with the peel that was on many of these cards.

So, a few good points to these:
1) They all still have the protective peel on them which is a nice plus
2) The design isn't half bad
3) The condition is really good
4) These are pretty nice stars of the times

Cards that age me....I can't believe Patrick was 1st round pick in 1985...Smits hanging with Regiie Miller with the Pacers is classic 90s, just like Patrick as a Knick. 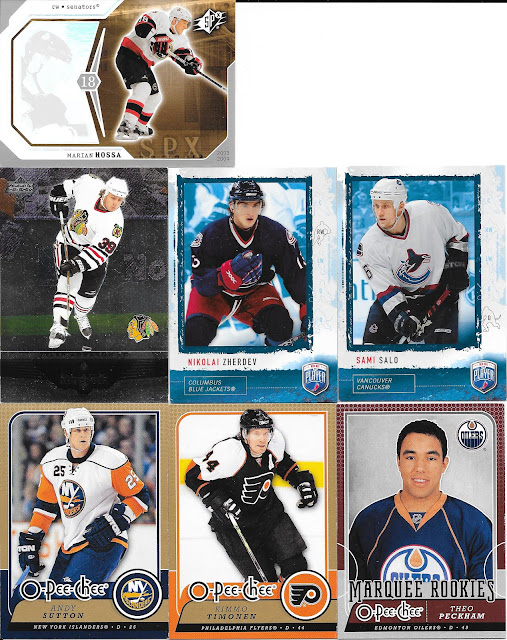 Nice adds to the 2008-09 O Pee Chee set, so let's take a little deeper look at the rookie Theo....well, 160 games in Edmonton over 6 seasons and a number of years in the minors and overseas. Still, would say that is a better than average outcome for someone stuck on a rookie card in a massive O Pee Chee hockey set. 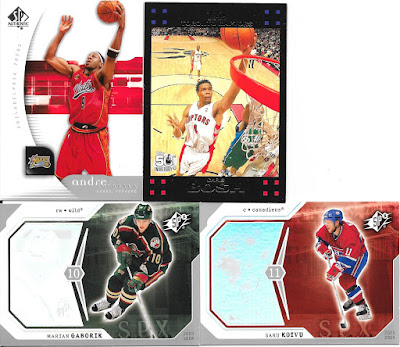 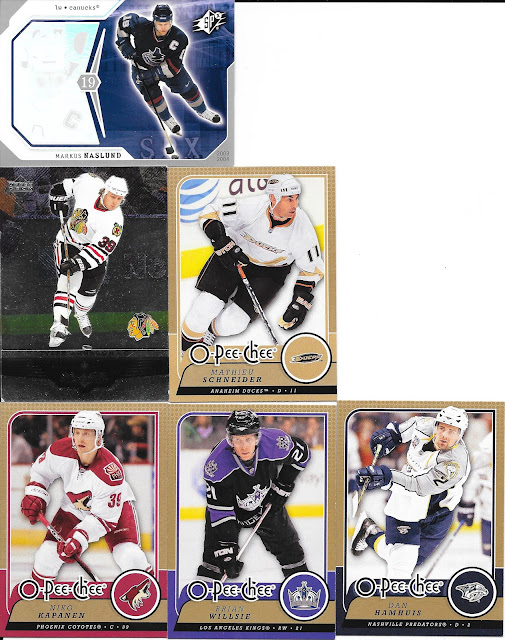