Good things come to those who wait. Today makes up for yesterday a bit with a few nice collection adds. 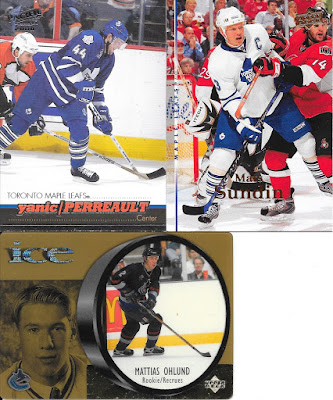 A few really nice cards here. Yanic was more prominent with Toronto in the early 90s, but returns later in the decade as shown here. The McDonald's Ohlund is best of the bunch though. I am a sucked for the acetate "see through" look. 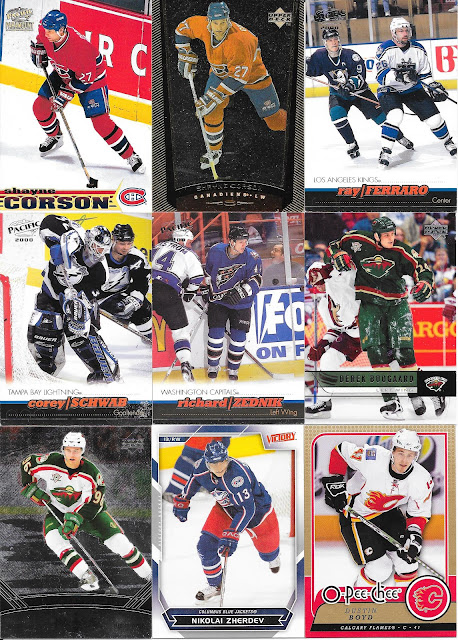 I'm glad there were some Leaf cards as we get a bit overrun by Montreal cards here and below. Both these cards are from his second run in Montreal. Like Yanic in Toronto, I think the first run was their remembered one, but both wanted to return to the respective cities before retiring. 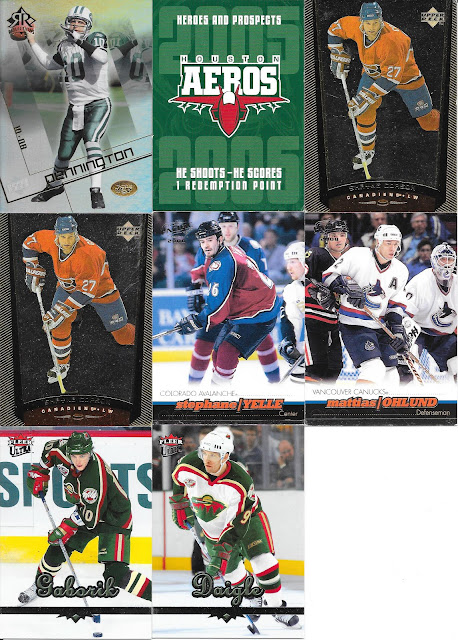 Yeah - so three of the Corson Upper Deck Gold Reserve cards, all at once. A card that is nice, but scans not so great - very much like Black Diamond cards. I think I need to connect with a Montreal collector and just do a straight up trade Montreal for Toronto cards to just get rid of some of these.