Large sets can be a fun chase, and O Pee Chee hockey is the pinnacle of it. O Pee Chee hockey was regularly 600 - 800 cards a year (in many, but not all cases). Back when you could buy a box and could get a third of the set, or more, this was pretty cool and fun to chase. I find it harder to want to get into such sets when you only get a fifth of the base set in a box. 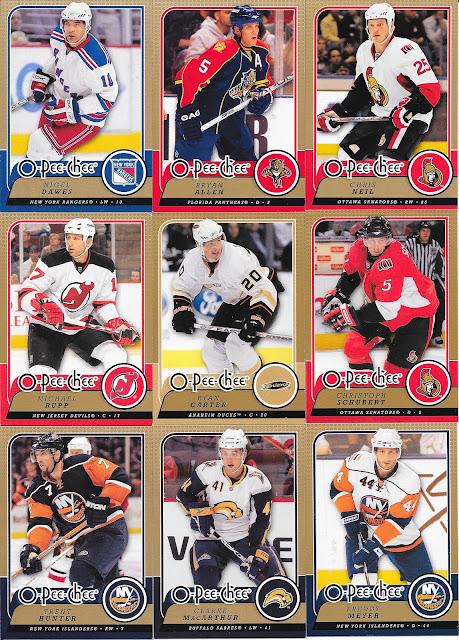 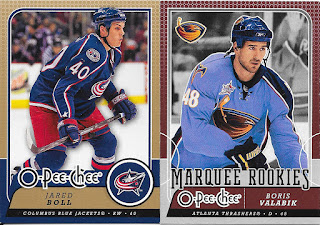 A nice bunch - though Boris didn't pan out from this rookie card as he played in only 80 games over three seasons with Atlanta. 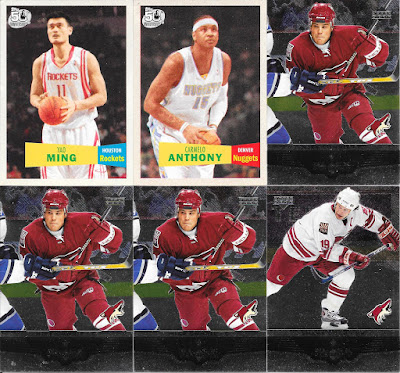 Neither of the 1957-58 Topps variation cards was needed to complete this unwanted set, but c'est la vie.