Some days, there just aren't many rewards to be reaped. At least in hockey right now, the Leafs are hopefully going to reap the rewards of winning the Tavares sweepstakes this past week, once hockey season starts.

But for cards...any given pack of cards may not have all that much for a collector. That is what we have today, not a whole lot. 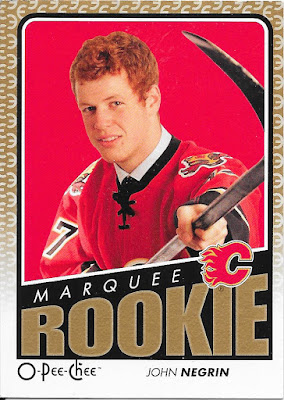 Honestly, this almost looks a bit like a Halloween prep picture of someone getting ready for a Grimm Reaper impersonation....nice scythe (a hockey stick held the right way apparently....).

John spent plenty of time in the minors over his career, breaking the NHL for a mere three games with Calgary in 2008-09, though he was able to get an assist during that time.

Unfortunately that's it for cards of interest to me, but there is still plenty in the 20 cards today. 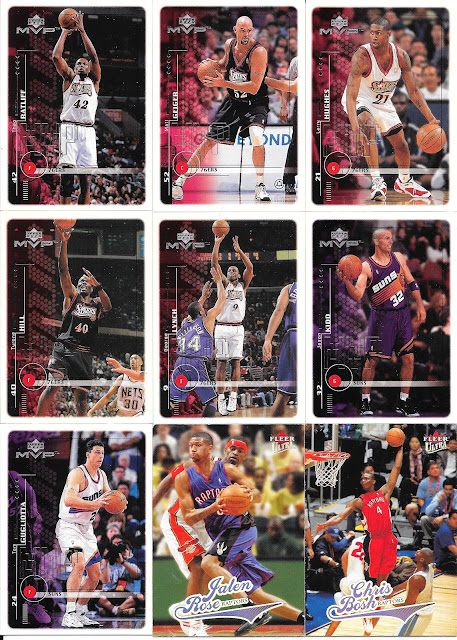 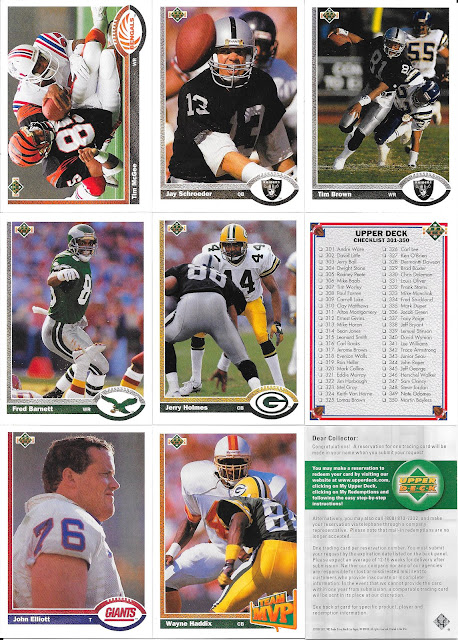 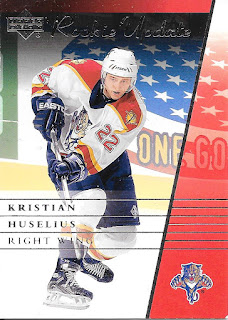 A nice run of 1999-2000 Upper Deck MVP basketball which include Jason Kidd. A couple nice Raptors from 2004-05 Ultra. Also, a redemption card about 8 years too late, scratched and I presume used.