Anyone want a Flutie? 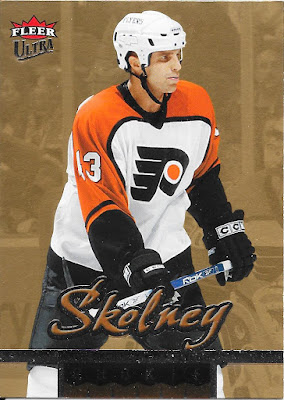 Before we get to the title card - here is my own personal highlight of the cards today. A rookie card for someone who ended up, a couple years later, playing one game in the NHL for the Flyers getting 2 penalty minutes for his effort.

Still - one game is better than many rookie card subjects. 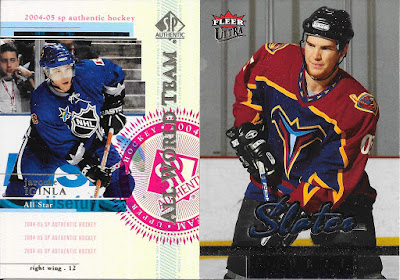 Been a while since seeing an All World subset card from 2004-05 SP Authentic, but Iginla's a good add. 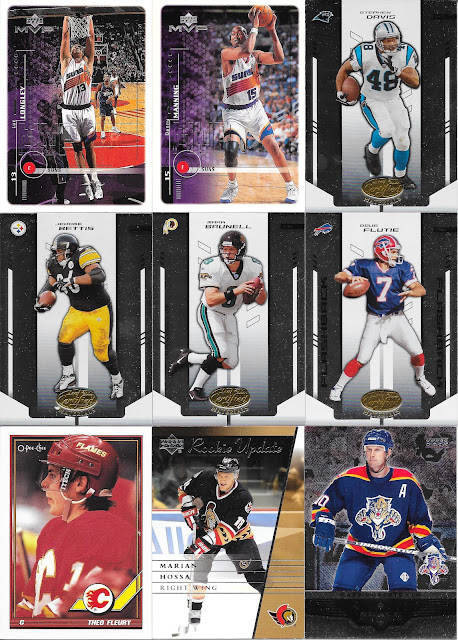 Here is the Doug Flutie card which always reminds me of when I was as close to following the Bills as I ever was. Really wish he was able to make a bigger impression in the NFL, but can't argue with the CFL career he had. 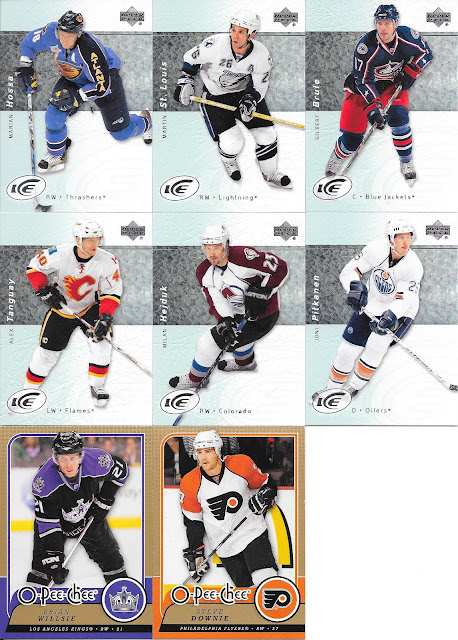 A shame that these were all dupes as well.