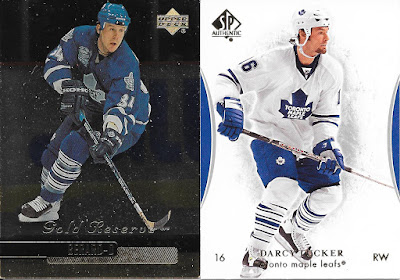 Yesterday there was a Gold Reserve card, but do one better today getting a Leaf. Berard was a bad situation which turned out fairly well. It was unfortunate that as a Leaf, he lost an eye in a graphic incident in March 2000. It was unfortunate he couldn't come back with Toronto, but amazing he came back to play a number of seasons, including initially with the Islanders.

Would have been nice to see what he could be like at 100% - accordingly to a couple articles in the last couple years, Berard feels he played around 70% for the rest of his career versus what he was at before hand. 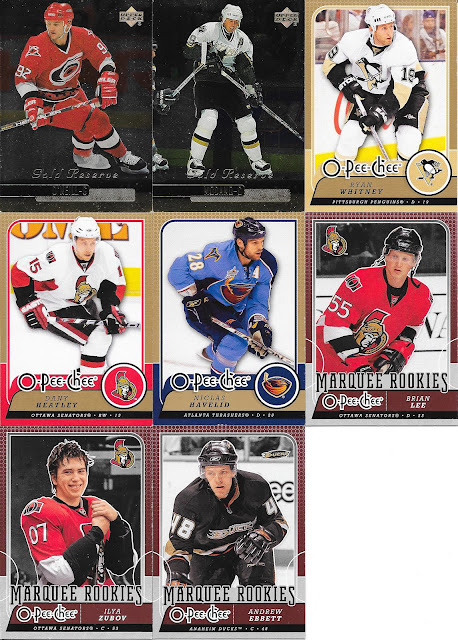 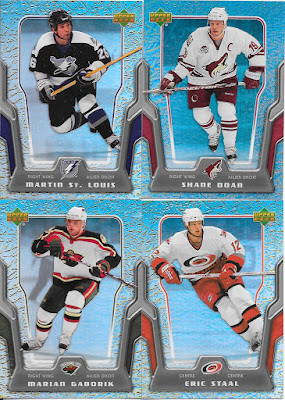 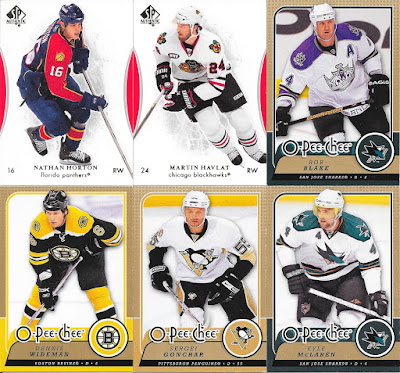 If I get hockey traders, will always take more McDonald's dupes.