Time today for some more wrestling cards me thinks....so with 15 from another pack I got off of www.firstrow.ca.

Some dupes which for completeness, we can show first.... 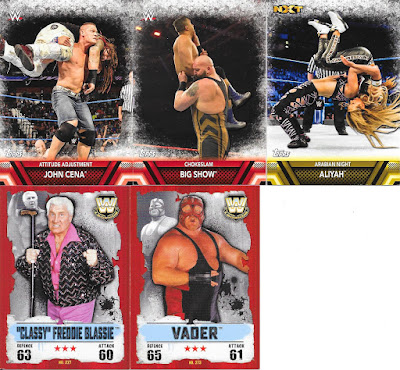 Still nice to get some inserts, even if they are duplicates. Actually could be helpful for trade fodder as I think it is an insert set I may just finish through trades.

As for the new cards for me... 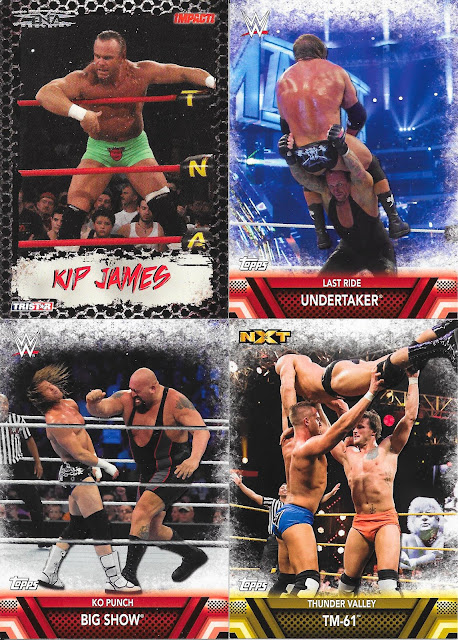 These three move me up to 34 of 50 cards in the insert set of finishers and signature moves. The hair swing on Ziggler with that KO punch is pretty phenomenal. 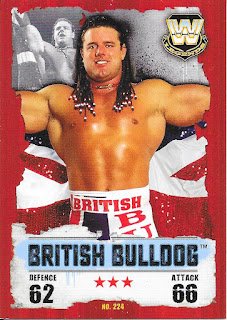 Always enjoyed the tag team, and was happy for the Bulldog in his match versus Bret Hard in '92. Great picture here of a better time. Can't believe he has been gone for so many years already. 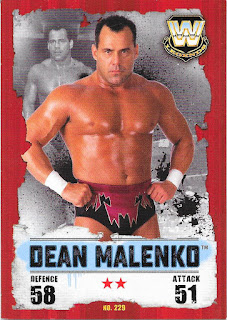 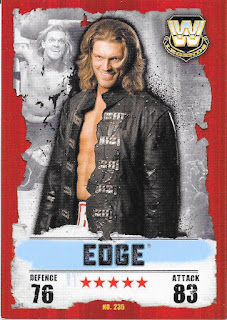 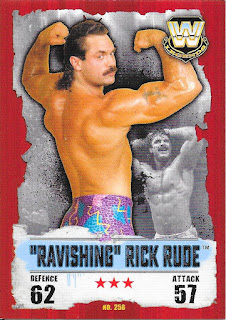 Another great, classic pic. Best remember Rude for being on both WWF programming and WCW programming in the same night (WWF having been taped before). 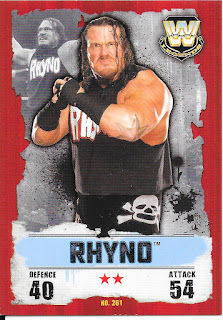 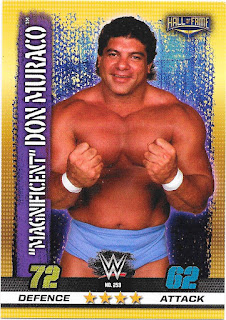 Here is a 2017 Attax card compared to the previous which were all 2016. The original Rock, though Dwayne Johnson obviously made it synonymous with himself years later, but Don did well with the moniker in his own right.

Another great pack!
Posted by CrazieJoe at 8:00 AM