This is about as good as it gets in a 15 pack of wrestling cards - not only needing them all, but being able to get half being inserts, when they were supposed to be all base. 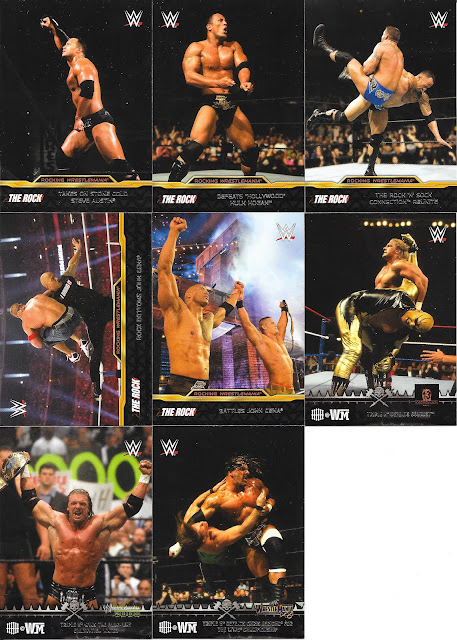 When talking about important wrestlers of the last 20 years, here are two of them. Great careers in the ring, and obviously The Rock now being one of the big box office draws in movies, while Triple H is now positioned to take over a large part of WWE in the future (which would leave it in good hands), and already having massive success with some of his projects like NXT.

As for the rest of the cards... 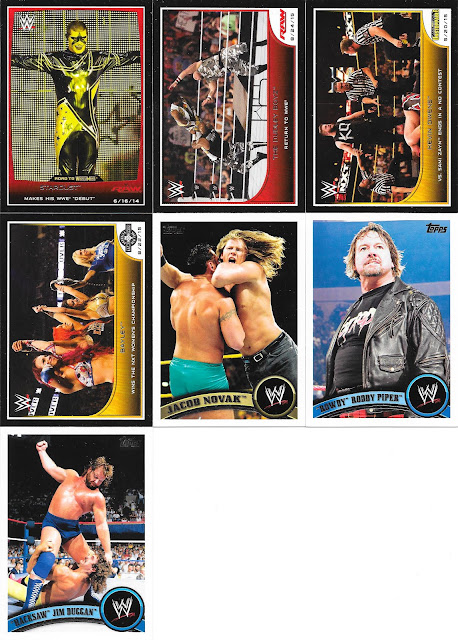 2011 Topps base, which I have only a couple of otherwise, and some later Topps cards including the Road To Wrestlemania set, and best, I am happy to get a KO card, and another Bayley - especially for the moment pictured as I remember watching it and being happy for her success and the horsewomen moment.