Finishing with some 2019 Topps

The Gems of the Game repack box ends today with two packs of 2019 Topps Series 1. 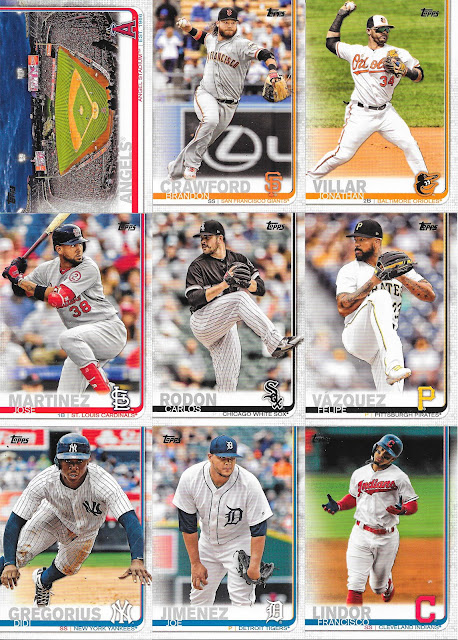 A couple nice cards including the Lindor, but my favourite by far is the Angels Stadium card. So glad to see these in the base set as I enjoy the Stadiums and their uniqueness. I haven't gone as far as specifically collecting stadium cards, but do have a good appreciation for them. 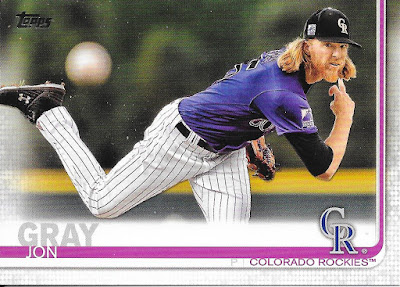 Apparently there were a number of issues with WHIP and career calculations on these cards (or so says TCDB), so the stat calcs are incorrect for a number of pitcher card career totals, and here is one of them. Appears the 2018 line just isn't included in the calculation - oops to someone for missing that. 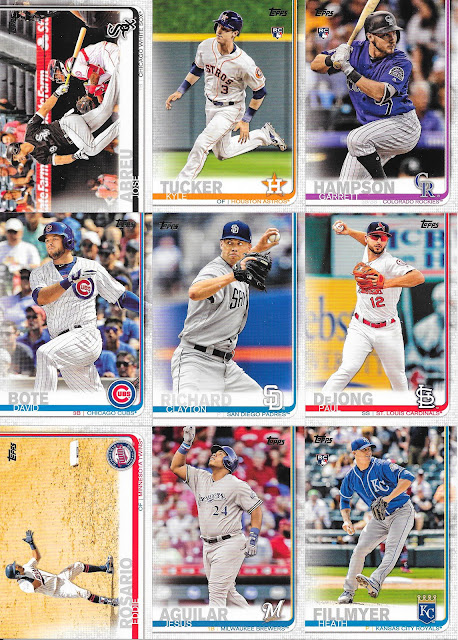 I think Rosario wins for best picture in the bunch with an all basepath background. 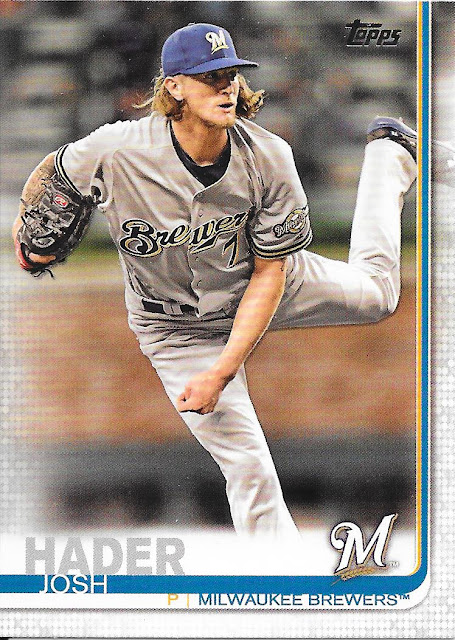 Unfortunately no Jays in the couple packs, but unexpected cards fo keeps with the couple errors almost makes up for it.

Almost bottom of the barrel for this one. Unfortunately not a lot that hit the collection from what was opened and no inserts or otherwise non-base cards in the couple 2019 Topps Series 1.
Posted by CrazieJoe at 8:00 AM