Today - Jeff helps me move along a few different sets to varying degrees (as I show yet more from our last box trade). 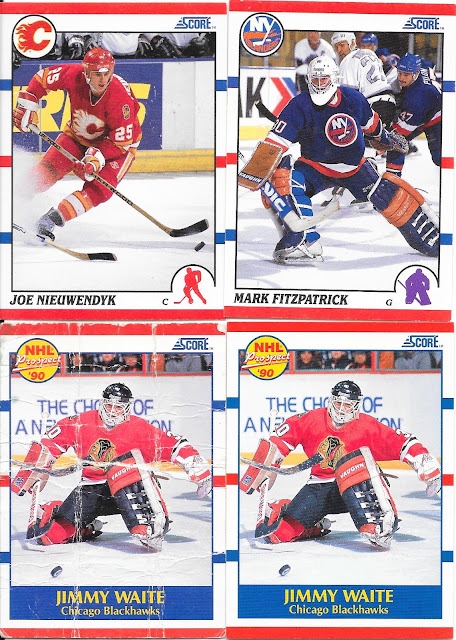 1990-91 Score Hockey to start. Okay, we start with a set I am almost done, so was looking for copies with regards to error cards. I only needed one Jimmy, but I gather the other was sent given the not so great condition, in case I needed two.

Next up, a bunch of 1990-91 Upper Deck hockey cards. This was a set I had been thinking about completing and was on the longer term side for caring, but this chunk of cards puts me over 80% complete, so I pulled what I have together and put in a separate box awaiting completion now. 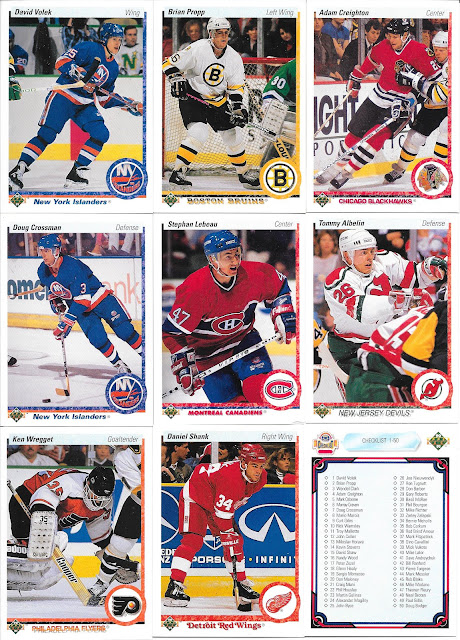 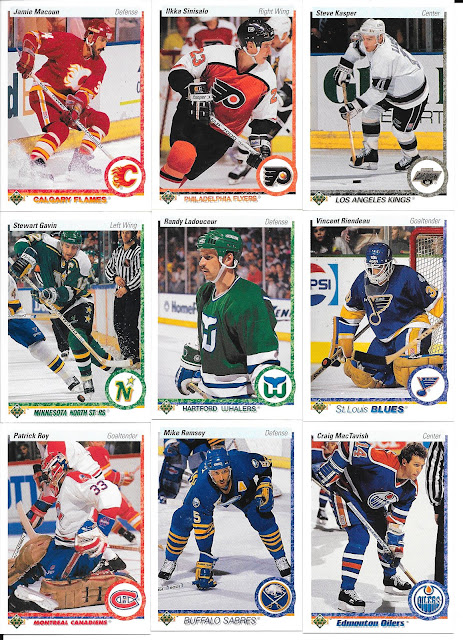 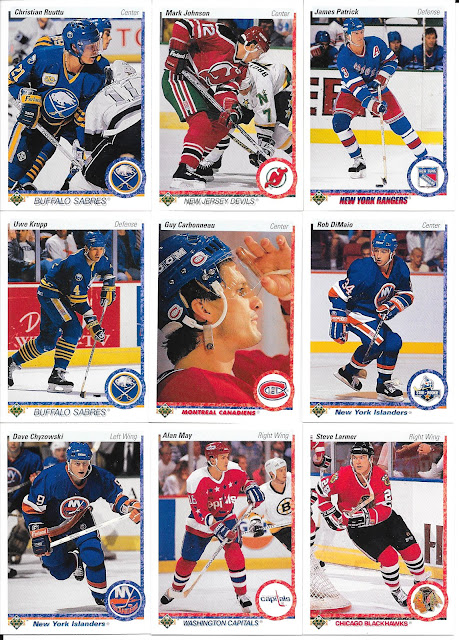 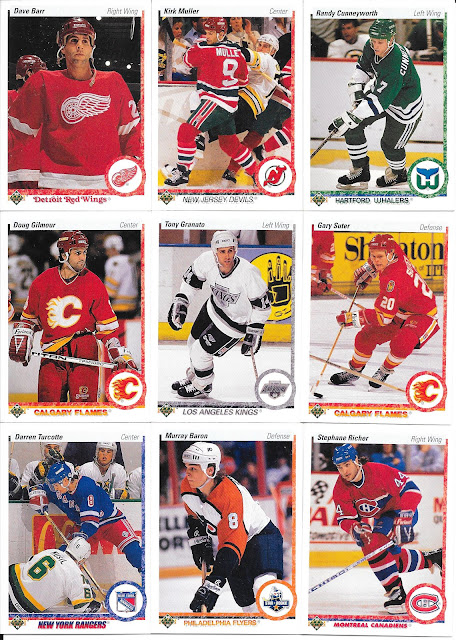 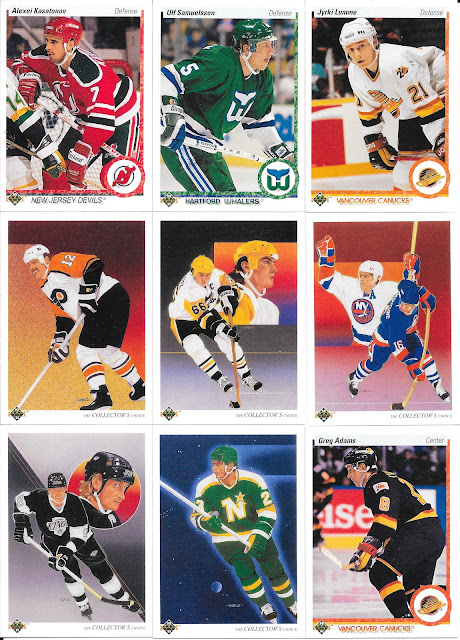 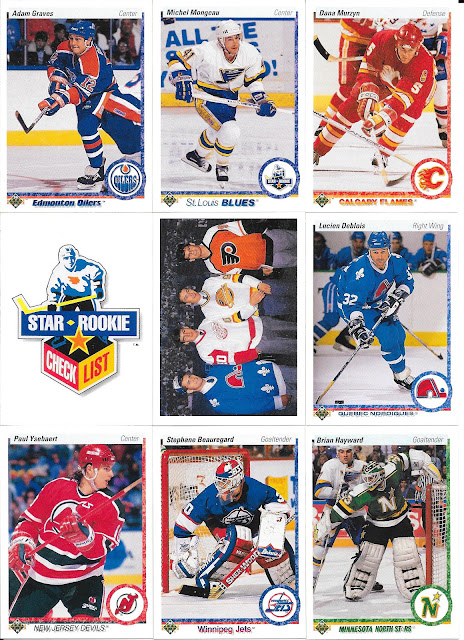 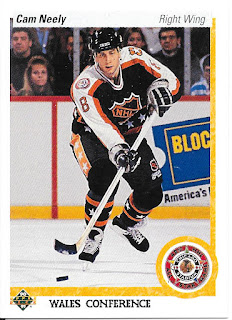 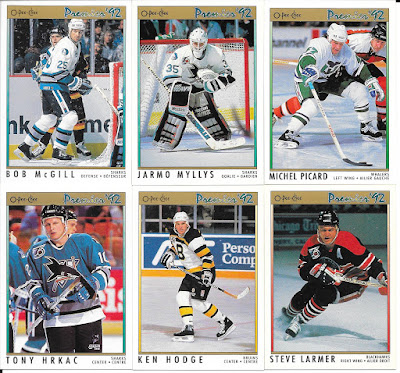 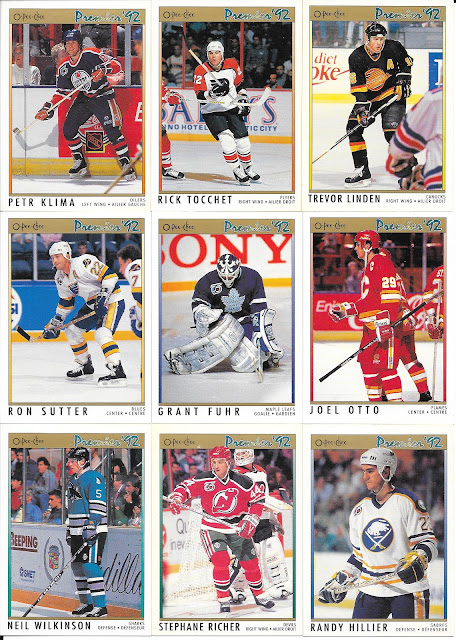 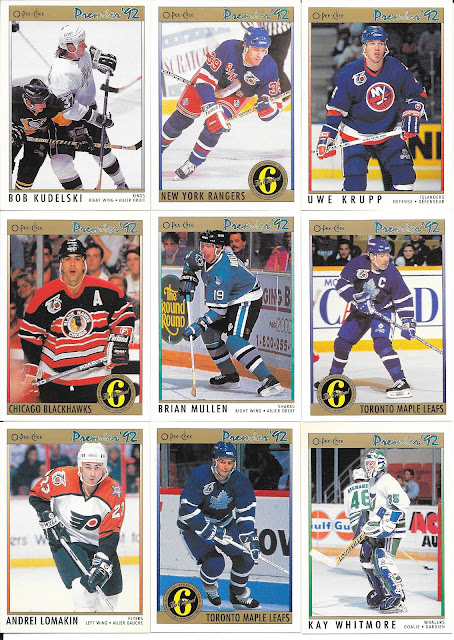 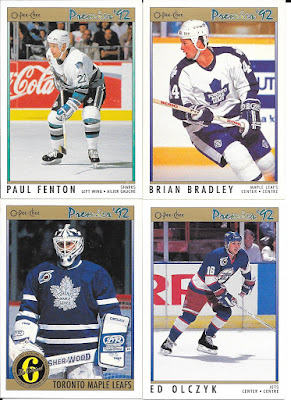 About 80% of the base set knocked off now and my needs updated on TCDB for anyone out there able to assist with the rest. Obviously, a few Leafs were needed, so I do need second copies of those as well for the Leaf collection. 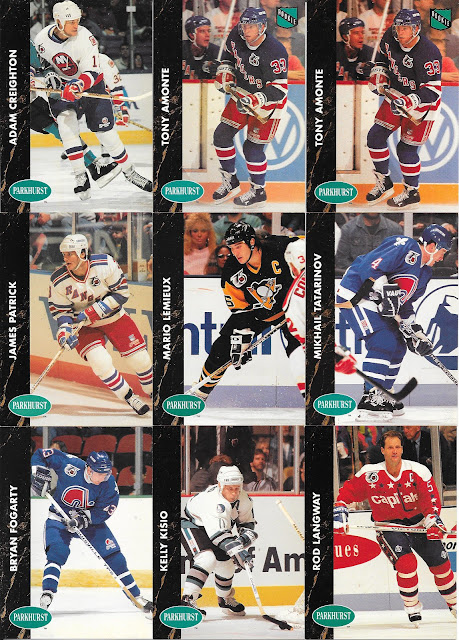 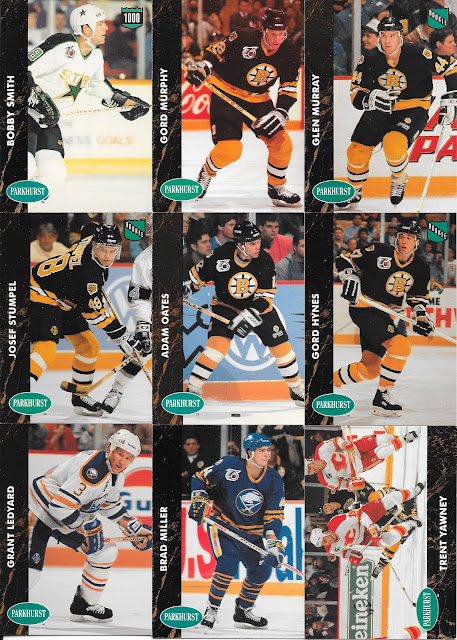 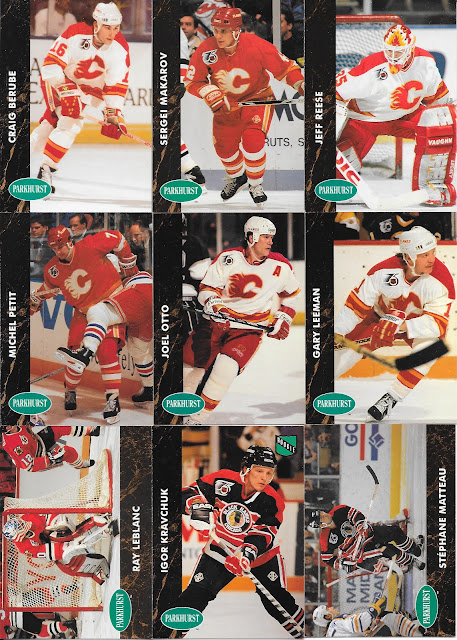 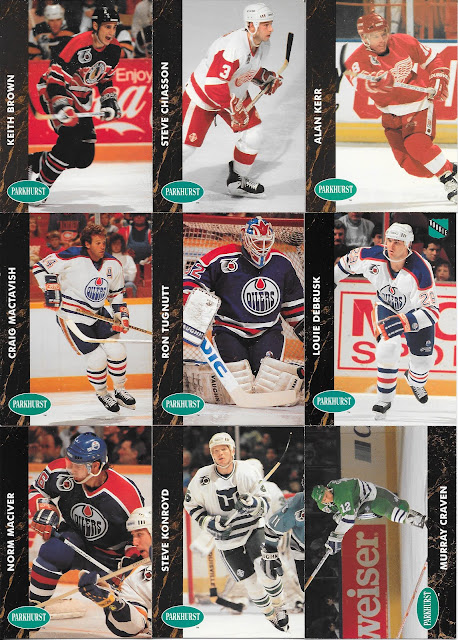 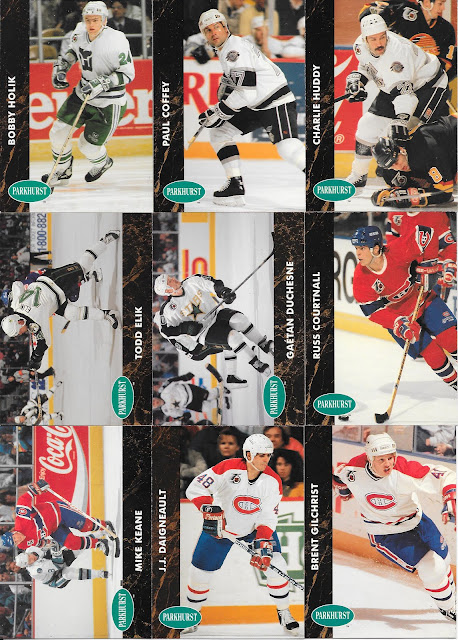 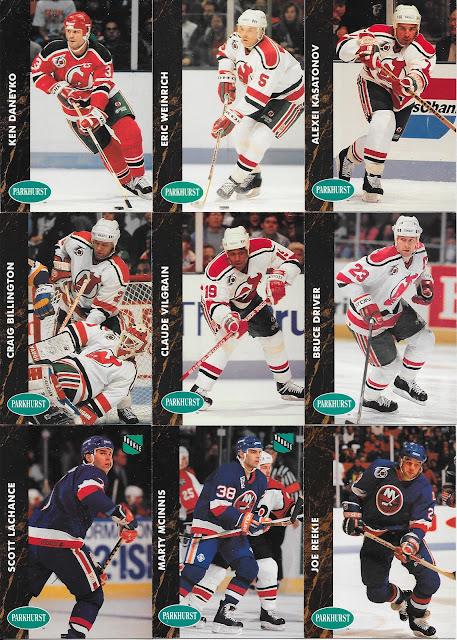 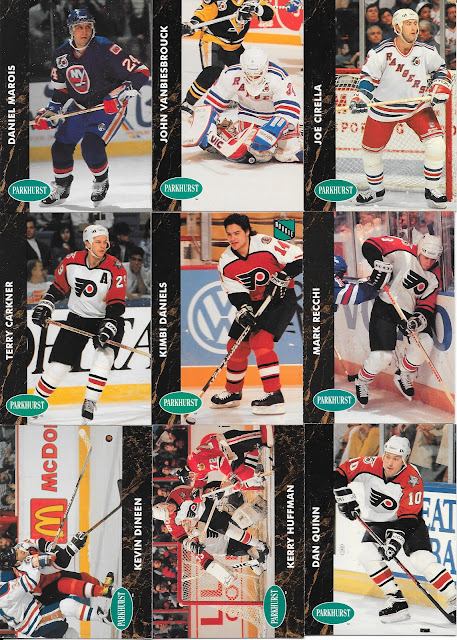 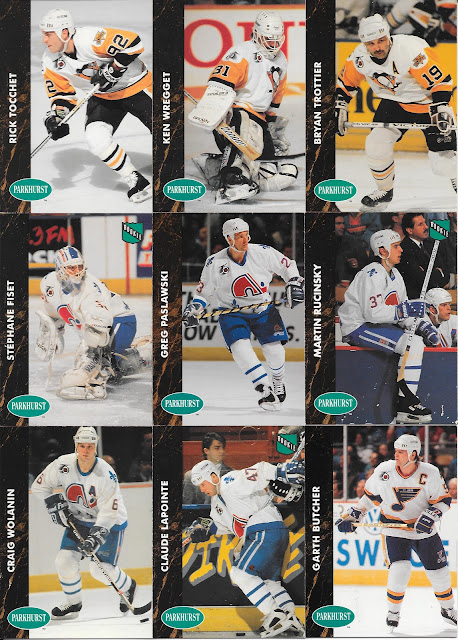 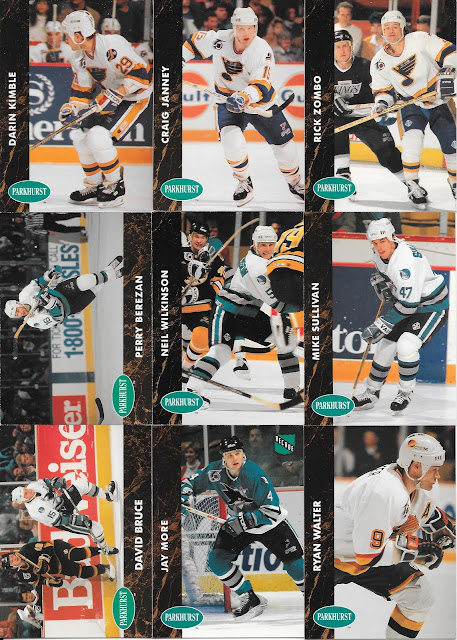 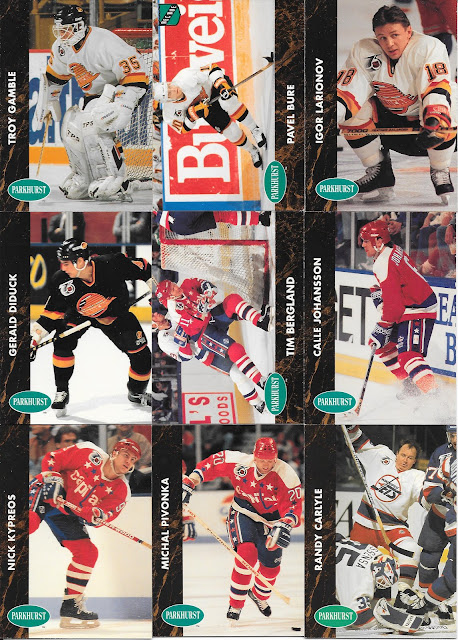 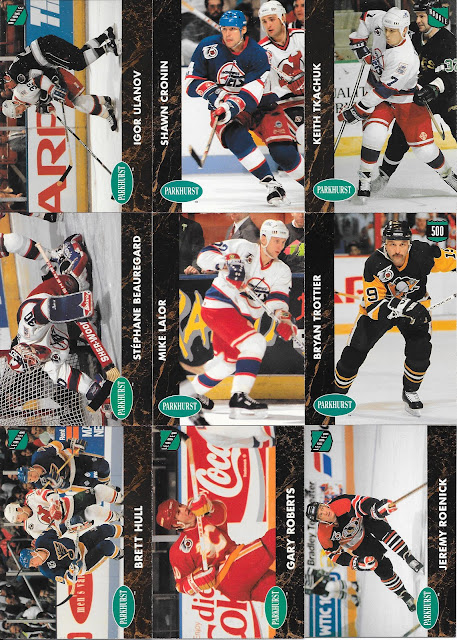 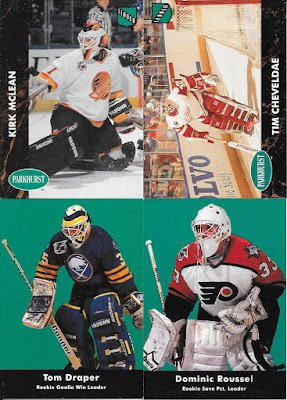 2/3 done isn't enough to pull it out and get everything needed onto the want list, but shouldn't be too much longer now. I usually do that when I get to about 80% as I find pulling the cards together gives me the bit of push to get it done.

Speaking of not quite there... 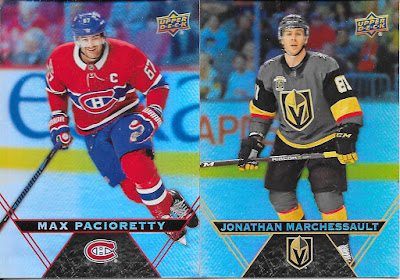 I threw the Hot Rookies in as these were, as usual with recent Score sets, one per pack or so, and Timmies cards are just a couple more I needed, but a long way to go on both of these sets still.

Still, a great bit of moving sets along.
Posted by CrazieJoe at 8:00 AM