Simple put, there are plenty enough cards in the 1991 Pro Set football base set, I should at least take one post to show what the backs of the cards look like. 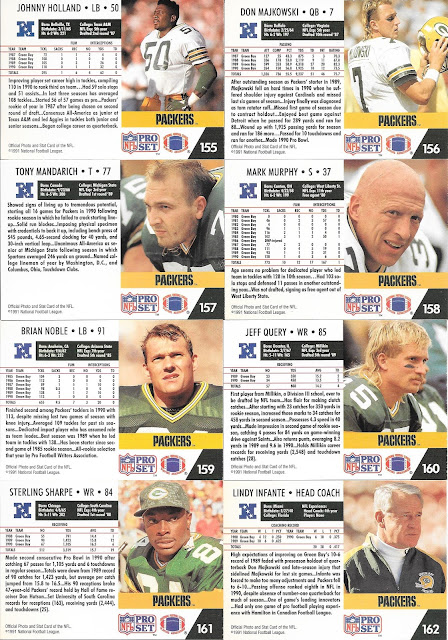 Like the fronts, a solid design for the back with some stats, a nice little write up, a different close up photo - just about everything you would want with a sports card.
We get Sterling Sharpe who was a strong force with Green Bay in the early 90s. 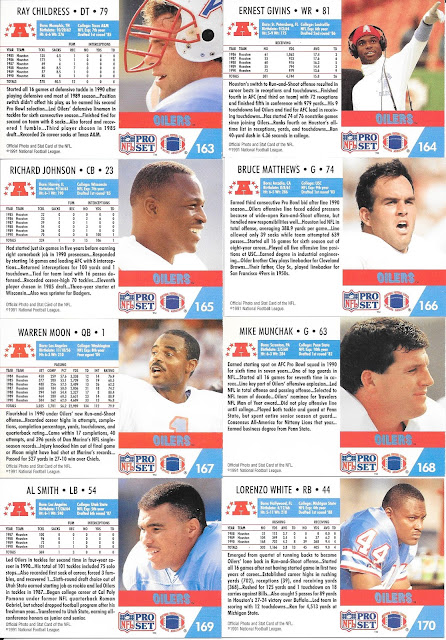 Ah, the Houston Oilers. I don't know why, because it wasn't anything I would have seen, but I always thought of the Oilers as a bttom of the league team - which they were in the 80s, but by the 90s they were turning it around and making the playoffs fairly consistently. 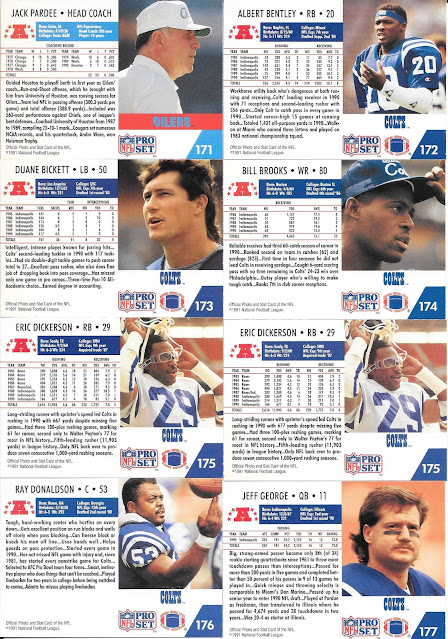 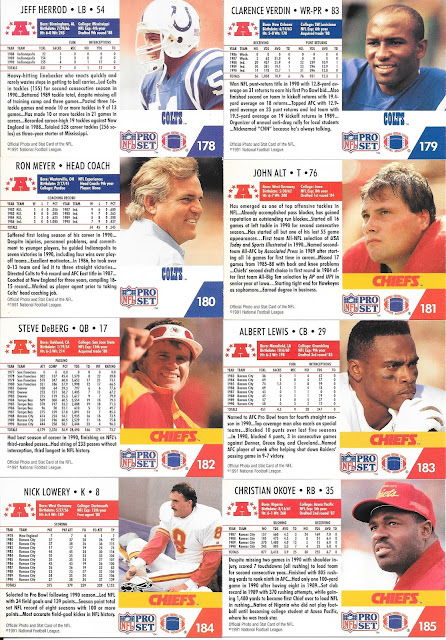 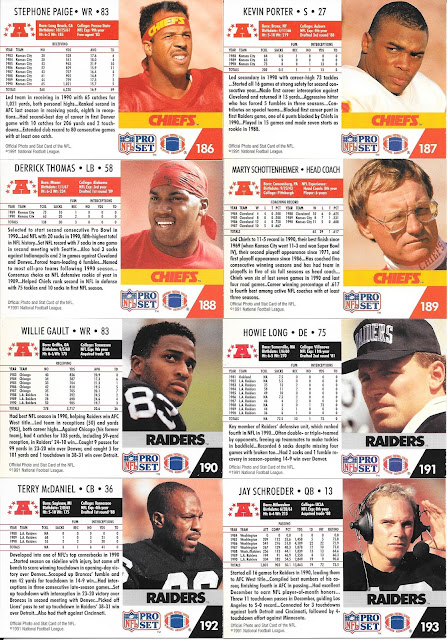 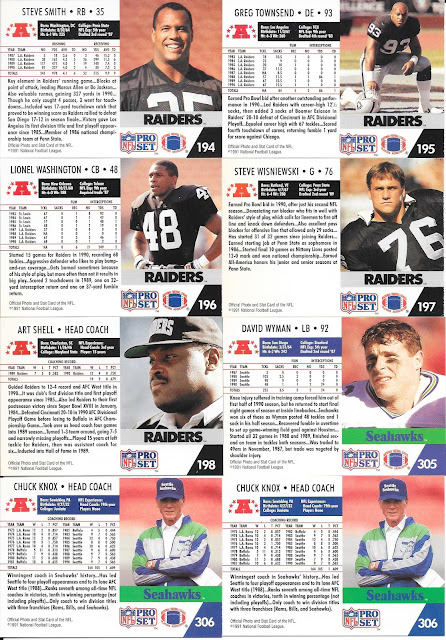 Maybe it's the simplicity with the black and white team colours of the Raiders, but I think they look slickest though maybe not as 90s as the colourful teams since the 90s grew into being flashier and brighter coloured cards.

A different pile tomorrow - will see more of this set, but a little break won't hurt.

Speaking of looking back, I was able to look back at some older sets that I had many Leaf cards of, but since I am happy getting more copies, I picked up more from TCDB member seppola10 in our big trade. Not much to say about these cards, but do want to show and share. 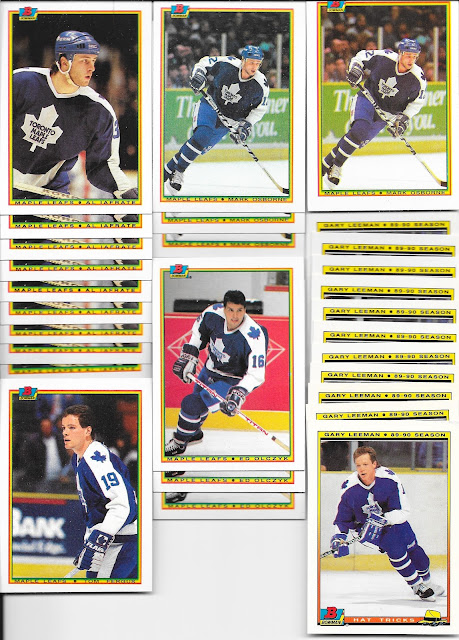 Well, that Mark top right is actually cut off at the top, so I can put that one over to the error/misprint binder, a nice surprise. 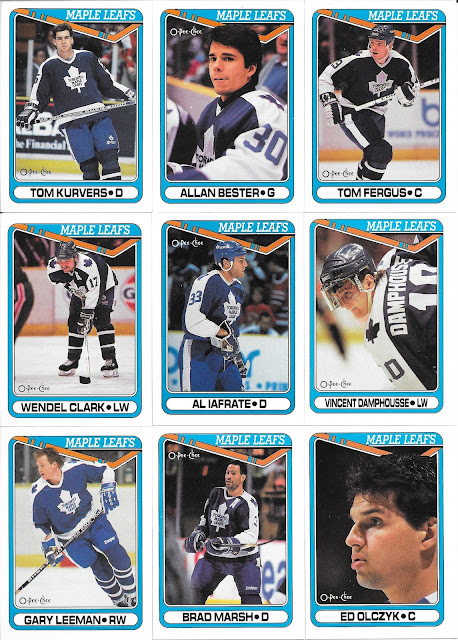 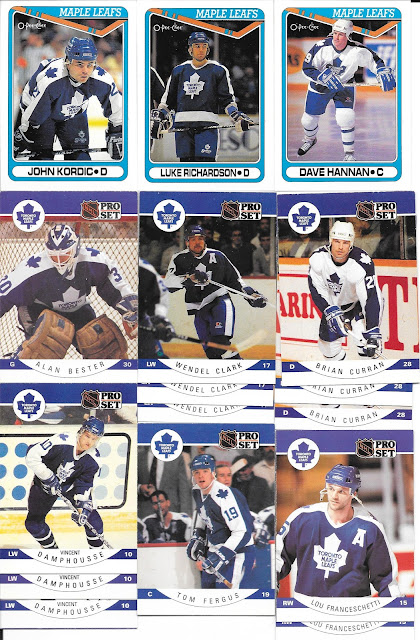 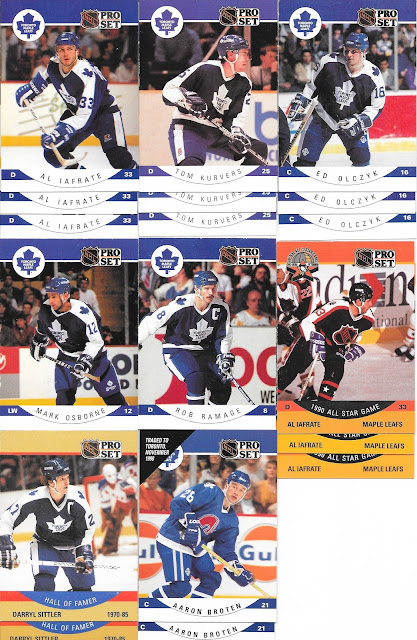 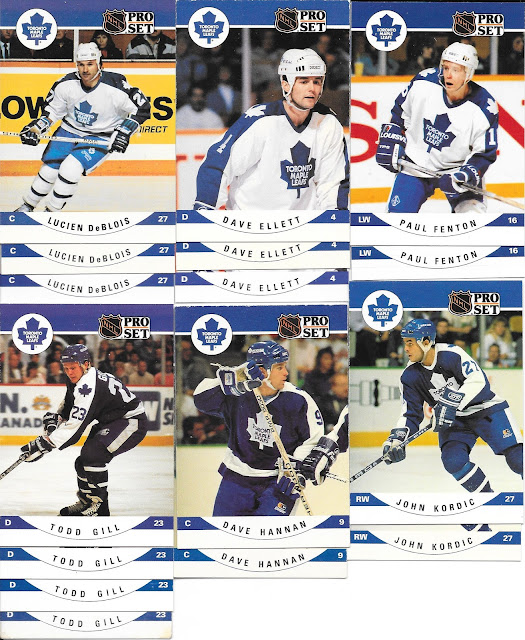 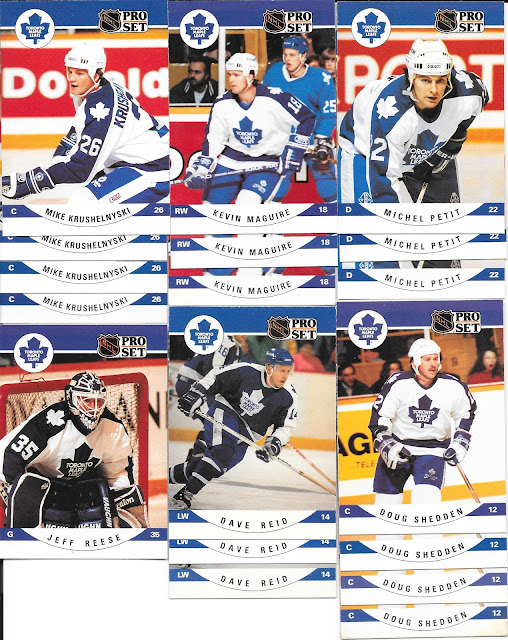 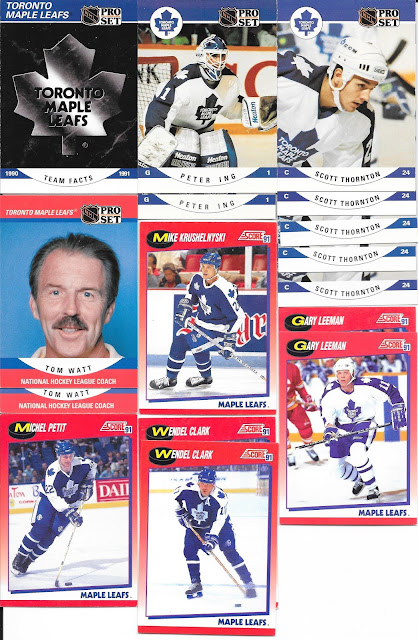 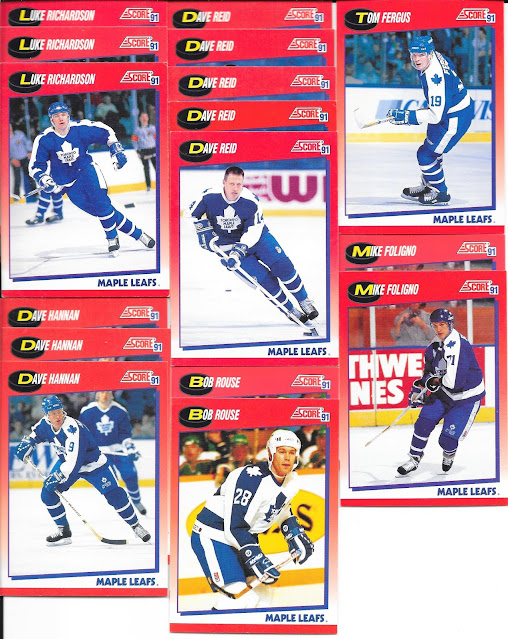 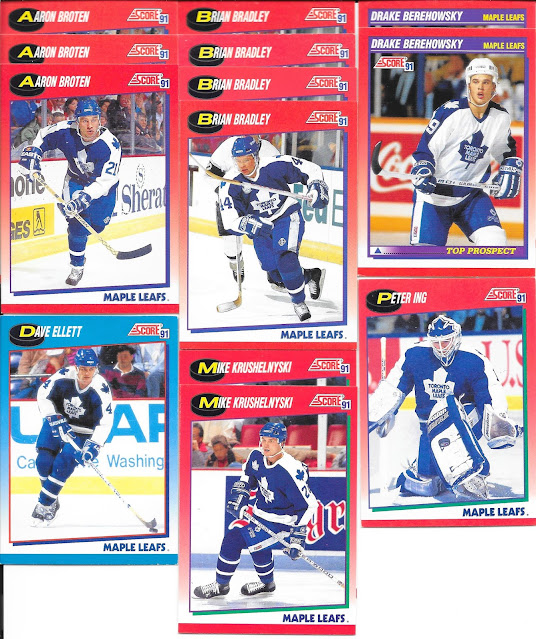 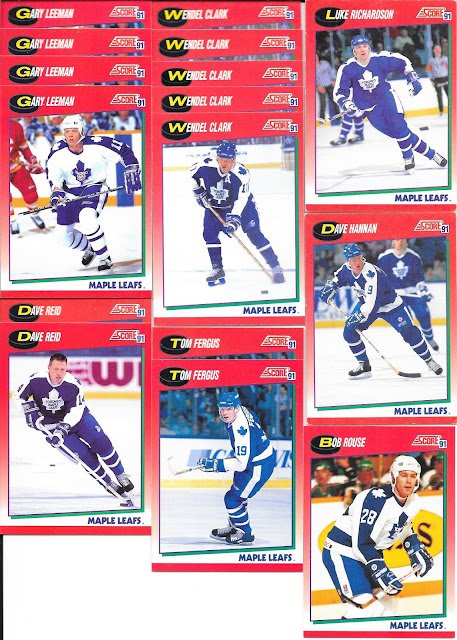 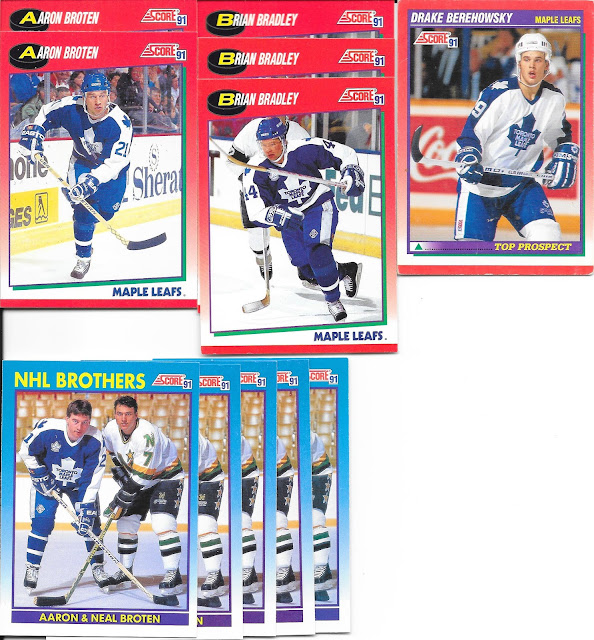 As I say, plenty of usual suspects, and the 1990-91 Score are both Canadian English and Canadian Bilingual versions, a bit of both.
I still have lots of new cards to share, and some set helpers as well. Actually may even be a set finisher or two in there...
Posted by CrazieJoe at 8:00 AM