Today we have some cards which make me wonder if part of this lot was a store, or came from someone selling in a store type environment in the mid to late 90s. It would also make sense with what the guy selling me the cards said of there being a lot in that time frame.

First up, a one off oversized card from a little later than the mid-90s. 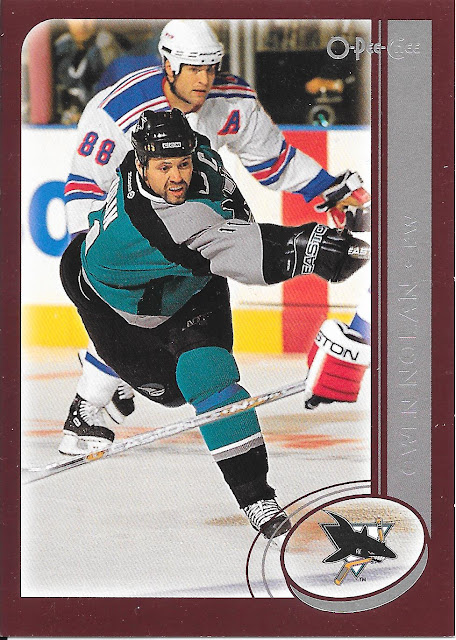 This is the oversized, one per retail box card, there were 25, and now I have well....one!
Next up, an interesting promo card for a Star Trek set... 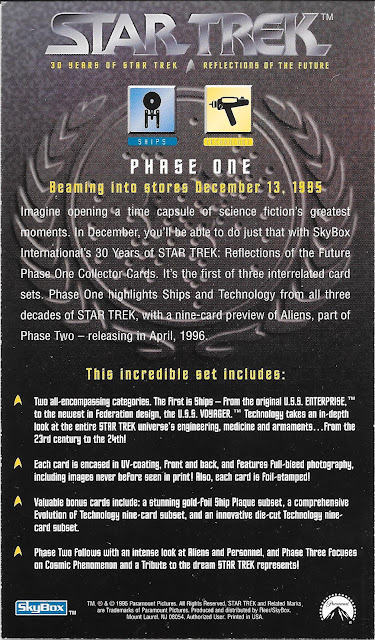 If there was only one card, I would still think collector, but 5? Too bad it isn't for Phase 3 which I happened to get a box of, and keep a complete base set for. I don't really have interest in this one though.
Also, this card is one single large piece, where as the next one is perforated so you can pull two sample cards off of it... 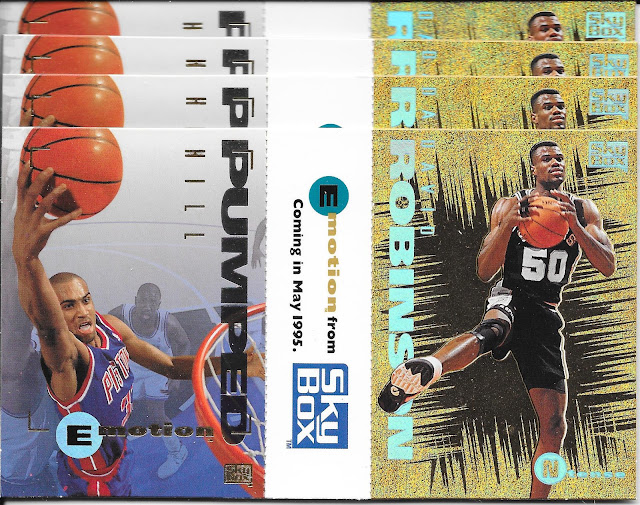 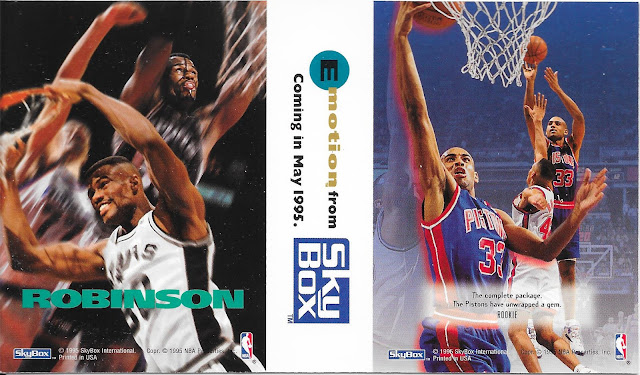 As you can see, a promo for the Emotion set by SkyBox, and again 5 copies, not just one. I guess it could be just a coincidence. Either way, not my thing, will send a couple off to people I know will appreciate them, and find homes for the others as well.
Lastly... 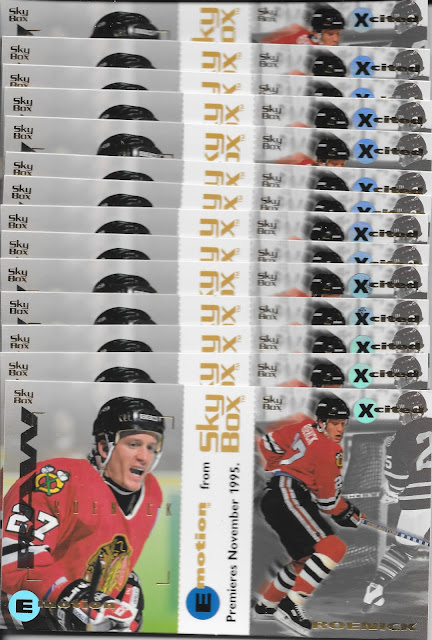 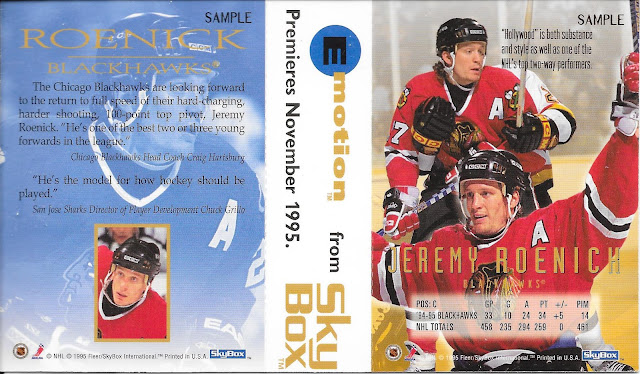 This is where more the store vibe. DO we have a Roenick super collector because there are 14 of these. Or, just someone who got stuck with a bunch?
Well, this is at least a card I can appreciate and add one into my collection. I also know a few people I can send copies off to as well, so that's cool.
It actually a really need sample piece with the two cards being able to be broken off and treated as single cards - but I won't be doing that with the one I keep.

We finally have some keepers on the board. 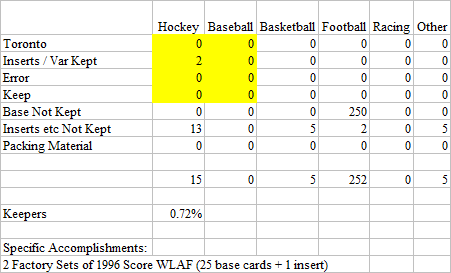 We can end with a quick few cards from the seppola10 TCDB trade box as well, because there were a few sets that it helped me finish. 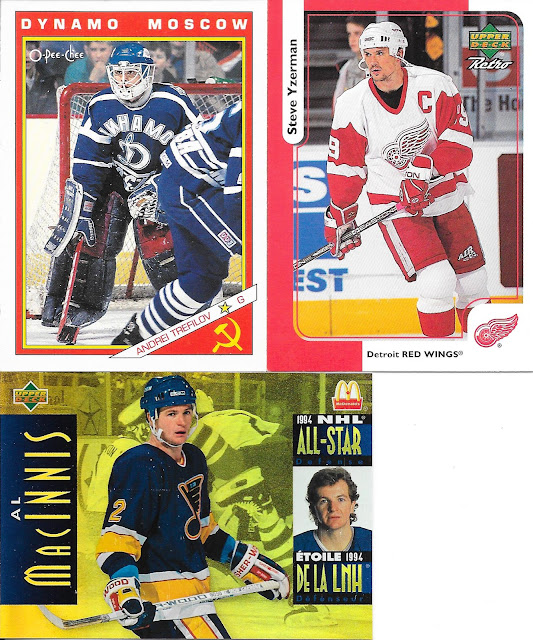 Each of these were the last card needed in a set - the 1991-92 O Pee Chee Shares & Russians insert set and a couple McDonald releases. Love knocking off the McDonald sets as most of them are really nice. 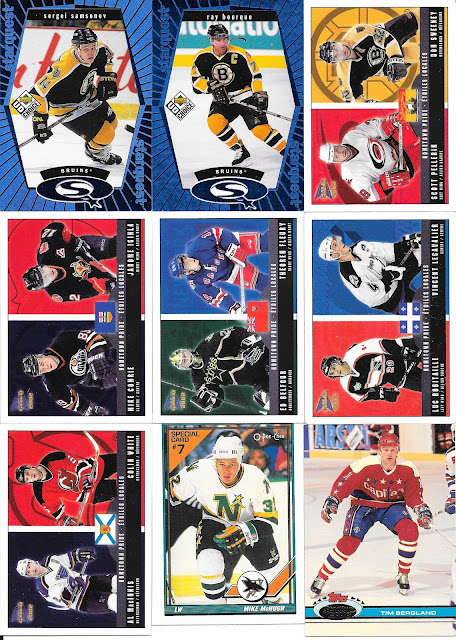 Also a few inserts,. McD cards, and a couple error cards as well. Now I think all that is left, is the Leaf barrage...oh, and the set helpers...but for another day.
Posted by CrazieJoe at 8:00 AM