Unlike yesterday, the batch for cards today is missing a few holes - not many here, but a few. O am sure if I pay close enough attention, I'd find it is player PCs or some likely consistency, but I don't care that much when it comes to football. 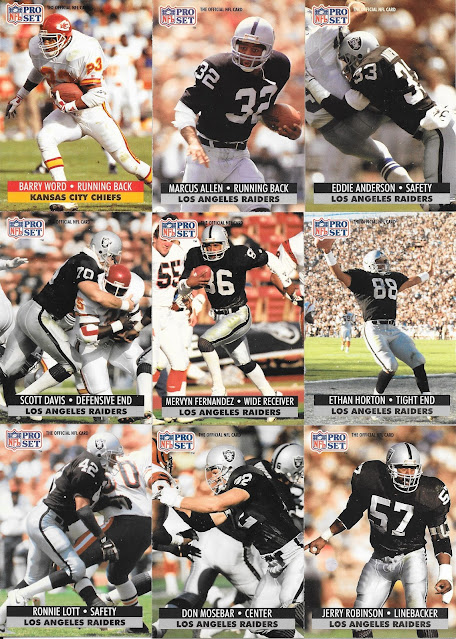 Like the black and grey on the cards with the Raiders, and Marcus Allen and Ronnie Lott I remember. Ronnie I believe for his being on the 49ers in the 80s, which I just caught the tail of. If you asked me my favourite NFL team, I would still say a toss up between the 49ers and Buffalo (which is due to proximity and the lovable losers that they were in the 90s - very much a feeling as a Maple Leaf fan, hat I was use to). 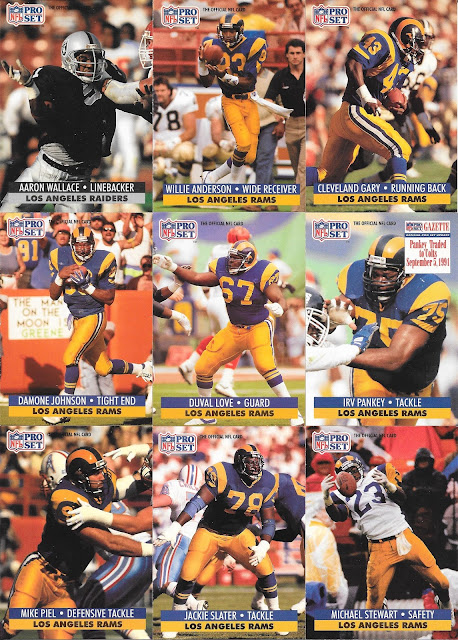 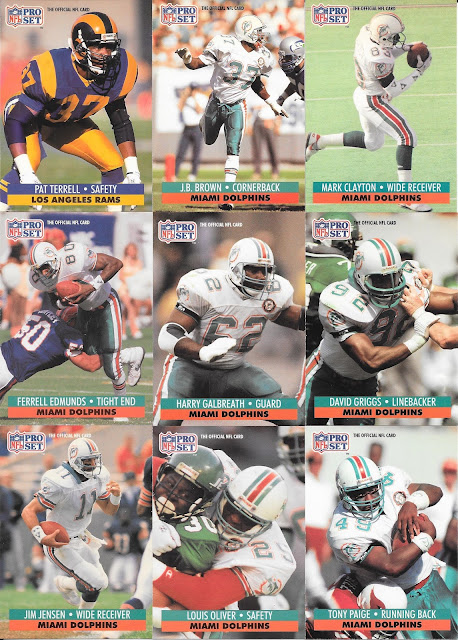 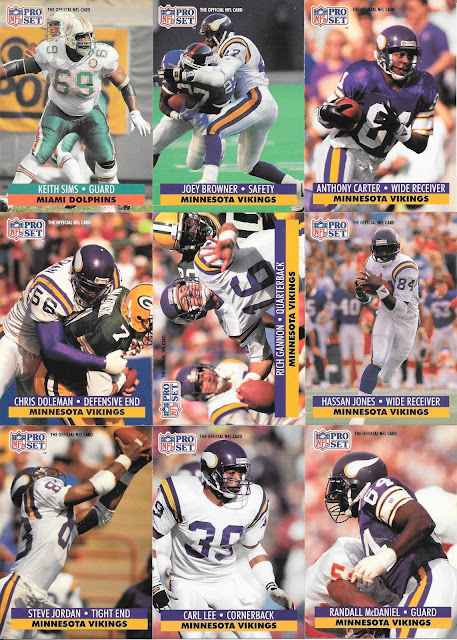 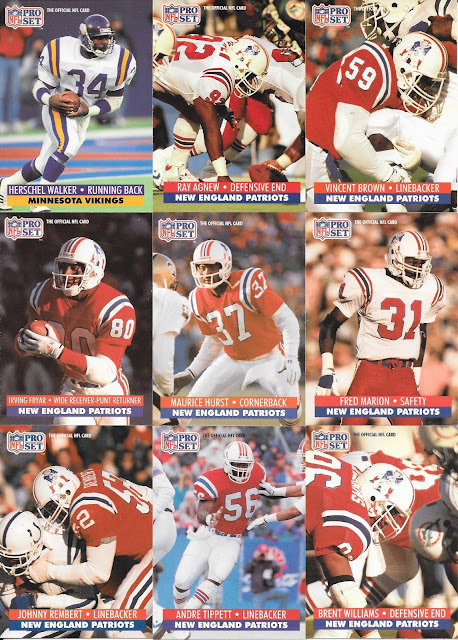 Hersehel Walker is another I recall - yeah, you can probably tell I know not much about football, but I know what I like in a card set, and this one is so Pro Set. I mean, the thing is over 800 cards - Pro Set went big (and then went home unfortunately). 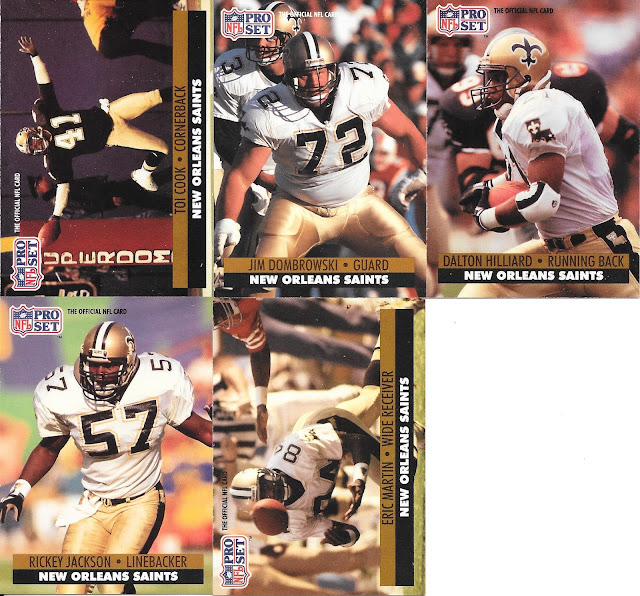 Sure, nothing here for me yet, but I do appreciate going through this set. One small pet peeve I noticed today...does the front of each card really need to say "The official NFL card"?

Okay, since no keepers from that, how about another set that seppola10 helped get to near completion - 1999 Comic Images WWF Smackdown! 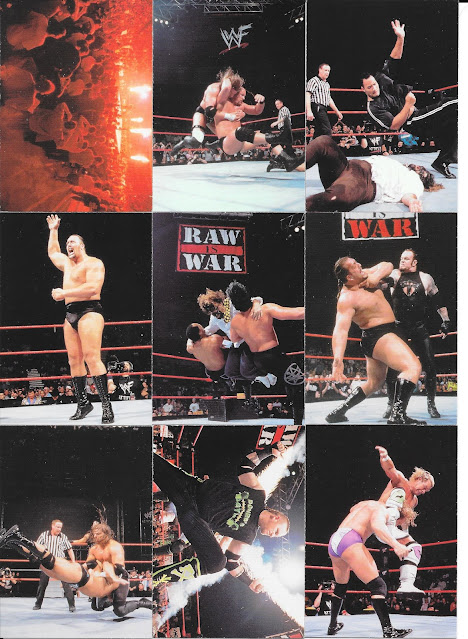 Much like the set yesterday, which isn't surprising as it is Comic Images still just a year later and just called SmackDown!, we get full photo fronts and write ups on the back. 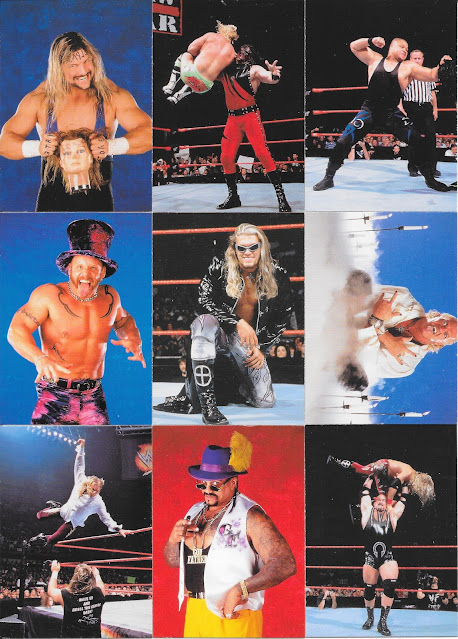 Oh attitude era, how naughty you were. Al Snow asking, what does everybody want? (Head - being the mannequin head he carried around), The Godfather - because "pimpin' hoes" was apparently a cool thing to do back in the attitude days. Droz who had the gimmick of throwing up on command.
Yeah, living through it, was awesome. Looking back, and you can understand why people may have looked down at wrestling fans... 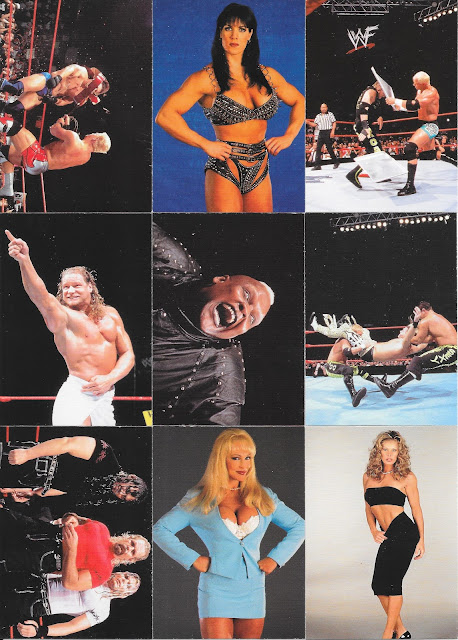 Val Venis who was basically portrayed as being an adult film star, Debra who, with the help of announcer Jerry Lawler, brought the term "puppies" to life, and those were the tamer things in the era.
Just a bit different than wrestling today. 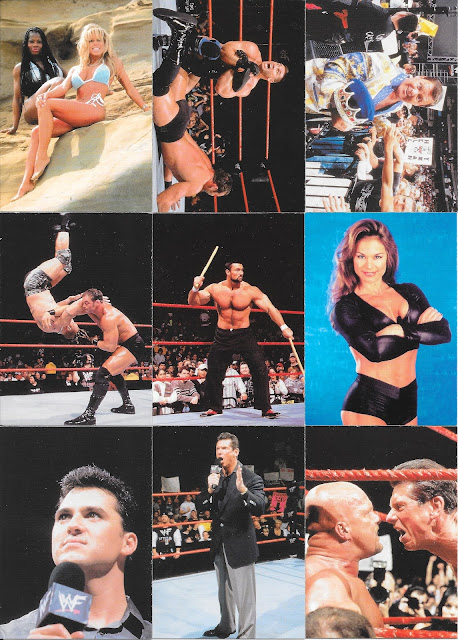 A young Shane McMahon bottom left, looking much like Dad did back in the early 80s, and of course Vince who became a big on screen character against Austin which all started because of the Montreal Screwjob. 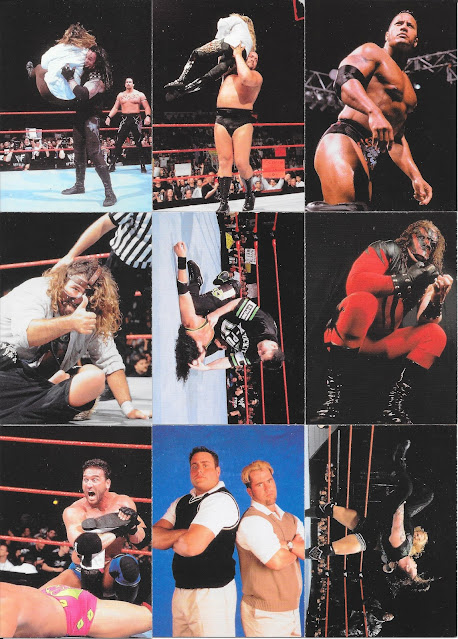 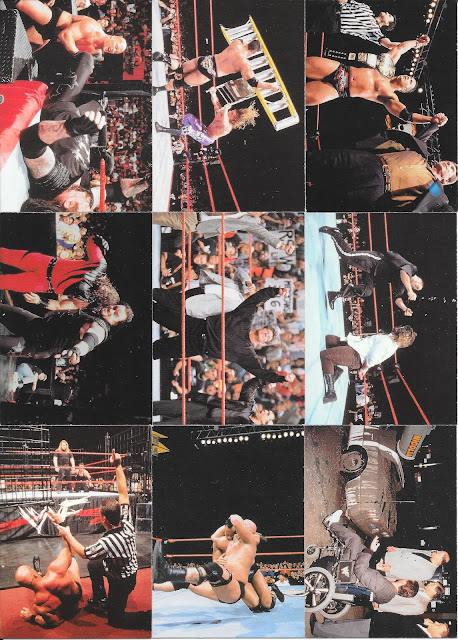 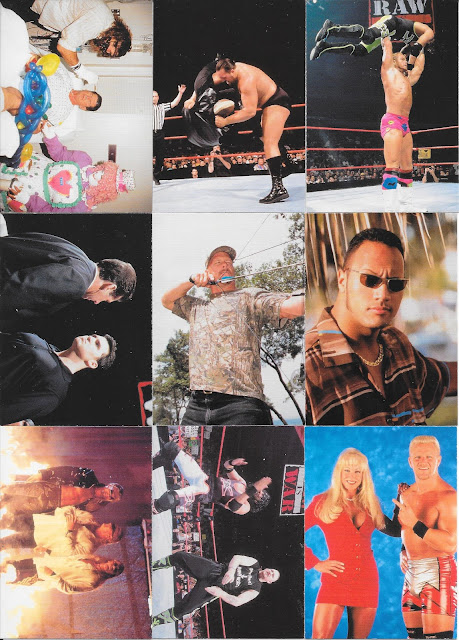 As outlandish as it all was - some great memories of enjoying it and bonding with my cousin as we lived this stuff - for better or worse. We didn't turn out too damaged for it, though my son would likely all much of it "inappropriate"...but he's 10, so that's good...not that I let him watch any of it...because it is inappropriate for that age. 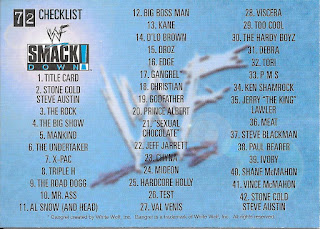 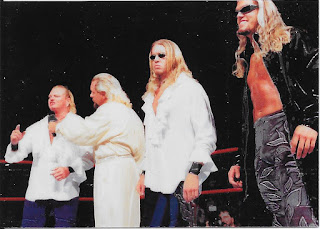 This last card is actually a chrome insert because that was a thing to do for inserts, even in 1998. The brood was awesome though, and would have been cool to see them stick at it a bit longer, but wasn't meant to be, which probably worked out best for Edge and Christian...maybe not so much for Gangrel.
With the adds, less than 10 cards left for completing this set now which is great!
Posted by CrazieJoe at 8:00 AM