I will say this first card, same as the last yesterday, does remind me of Randy Savage in Spider Man - man that was so long ago! 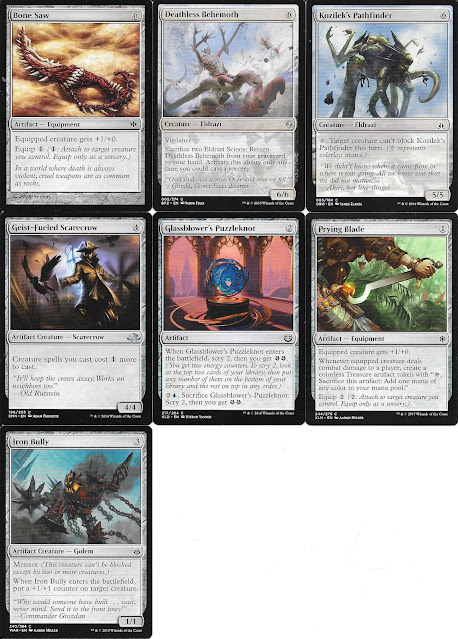 Unlike yesterday though, much more to be happy with today as Bone Saw is joined by a bunch of other keepers. The Eldrazi squeeze into my collection, and have to like how they are typically nice big creatures! 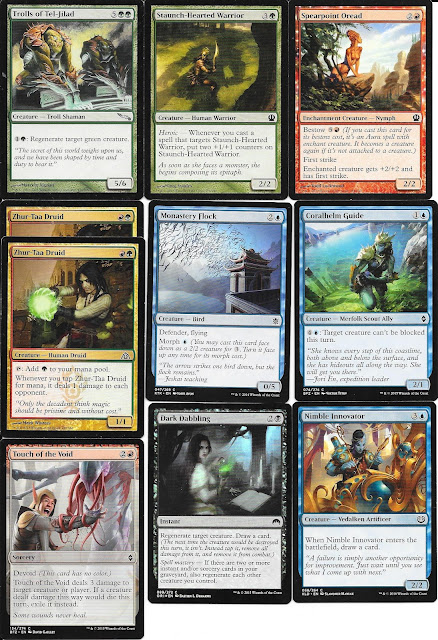 Again, not a ton of pre-2014 cards here either, and the dupes were actually right beside each other which makes me wonder if they got stuck together in packaging. 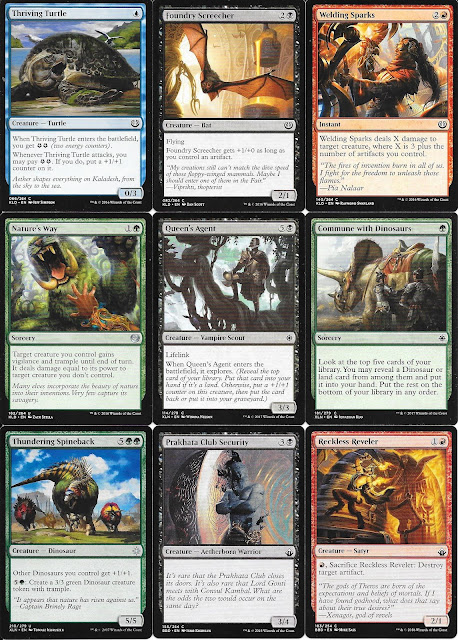 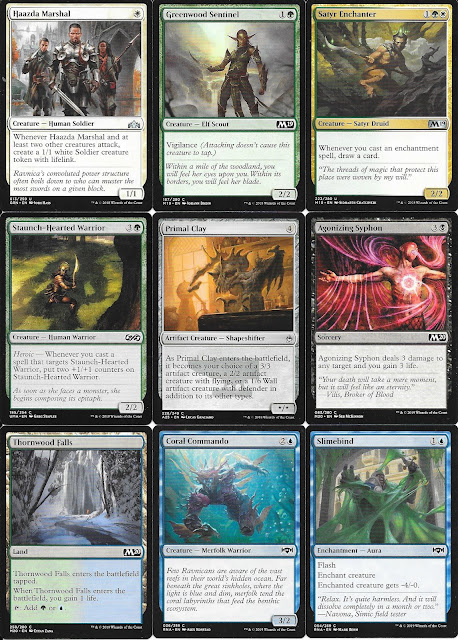 Excellent for how many artifacts there were in this half of the pack, still, didn't need another Primal Clay. 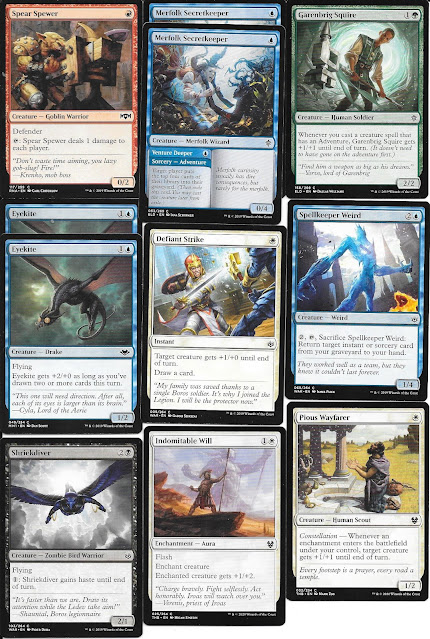 Heavy on the dupes on this side, and if you include the cards from the first half, there was a full play set of Eyekite cards. Can't say I have had that happen before! 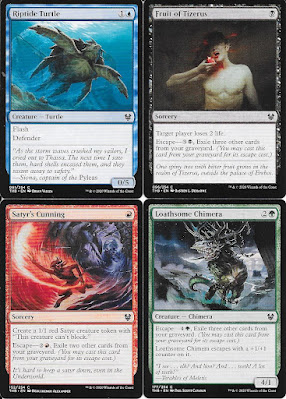 A much better half than yesterday for me, so this half wins by far.

I think I am going to be putting a box together of Magic cards for local sale to move some since they don't move on TCDB very much. If anyone is interested in any Magic cards, or me sending a little box or, even if you want to do a trade for some - let me know!