In Keith We Trust

Today's pack starts with what should have been a big star for WWE... 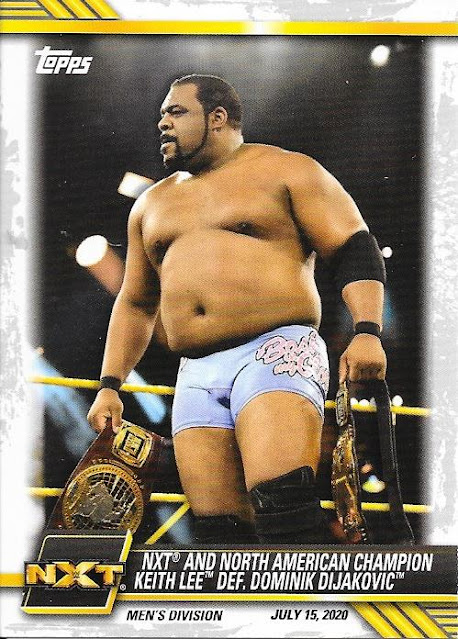 Keith Lee was coming along great, finding himself and his personality, had some great moves for a big man, and had a personality that would make him a de facto baby face.
Somehow, WWE didn't see it, or didn't know how to capture it on the main roster. That and I am guess, other things behind the scenes, played into him exiting the company in the later part of 2021. It's a shame, and I remember back to his Royal Rumble stand off moment with Braun and Brock really showed there could be something more, but unfortunately no. 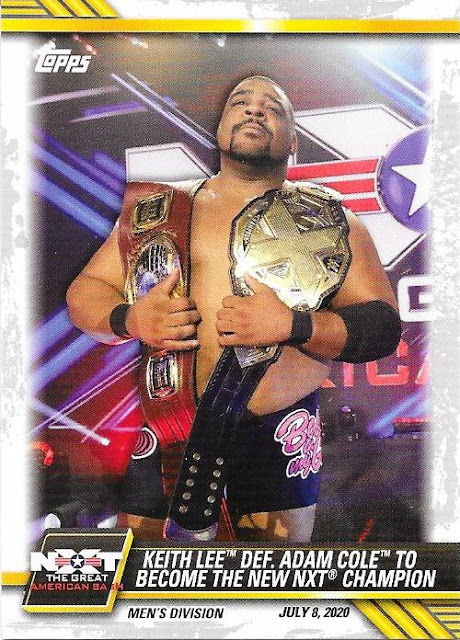 I mean, look at that face and pose - so could have been similar on the main roster, but no "Bearcat" to be had. 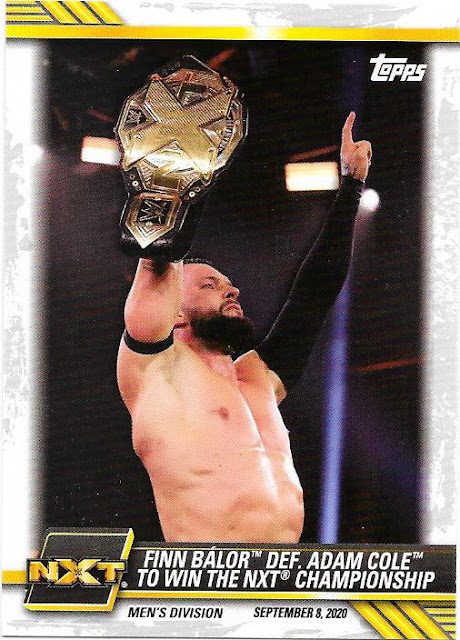 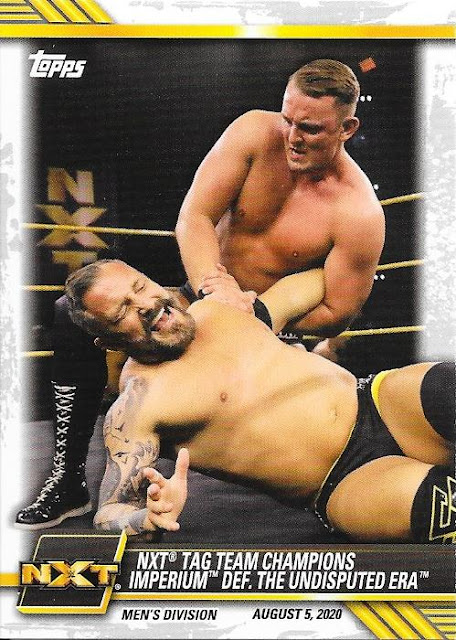 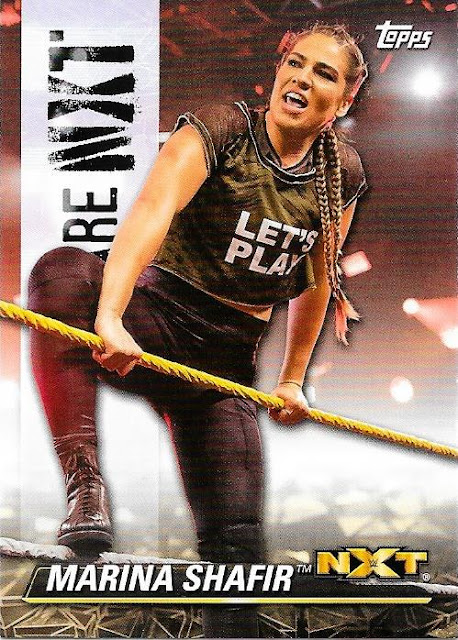 I am so disappointed we didn't see a 4 horsewomen battle, ideally at Survivor Series, but at any time would have been fine. Not sure if Marina was coming along well enough from a wrestling stand point to pull it off, but Rhonda and Baszler could have carried the match. 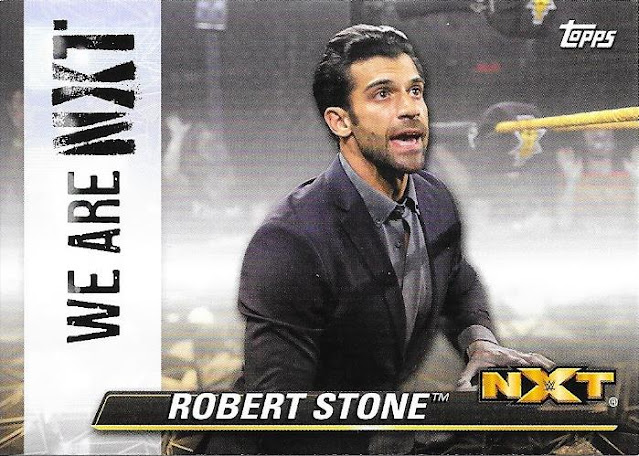 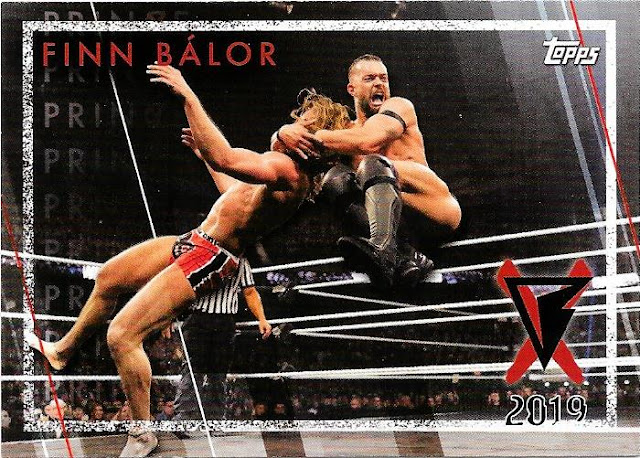 We get one of the Finn tribute cards, which are cool, and he did have a good run in NXT in order to have enough moments to make such an insert set make sense. That said, it does make him seem old to have a tribute set.