I've talked about John Gargano before, and with him here again, a great opportunity to bring him up magain. 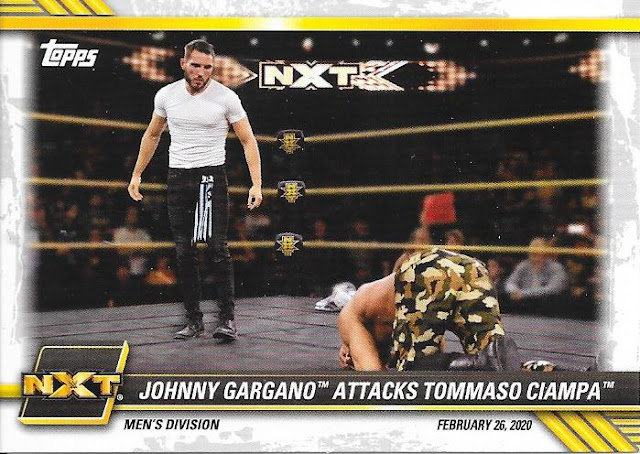 John was the proverbial underdog against Ciampa and did well as the babyface scratching and clawing to beat the big bad heel Ciampa. Sometimes a simple story is all it takes, coupled with some great wrestling matches. A simple formula, and sometimes they stray too far from it unfortunately. When it hits and meshes together, makes for some great matches and moments. 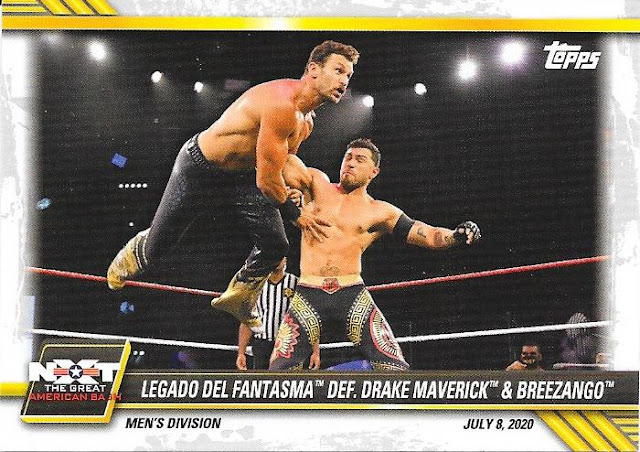 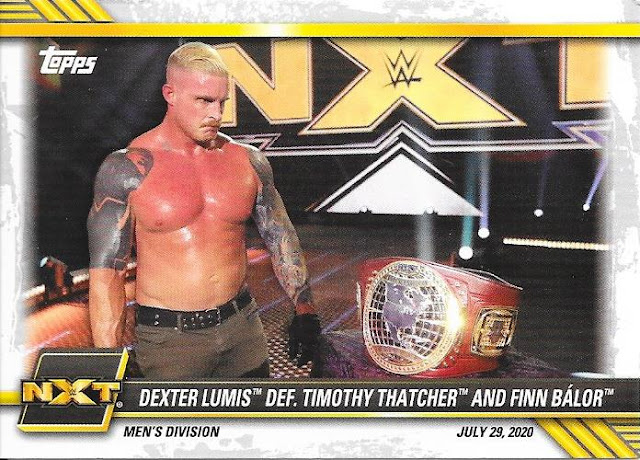 Dexter sure has a good "creepy" look to him. I mean, I feel like that poor title belt is being abused by his gaze here. 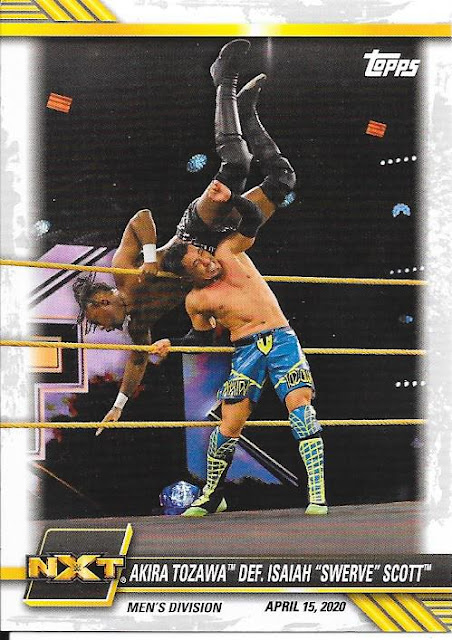 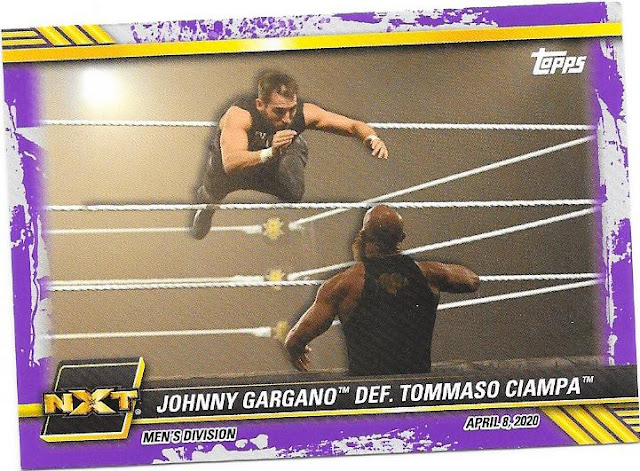 More Johnny! Oh, and my scanner decided to go a little sideways on these last few for some reason. 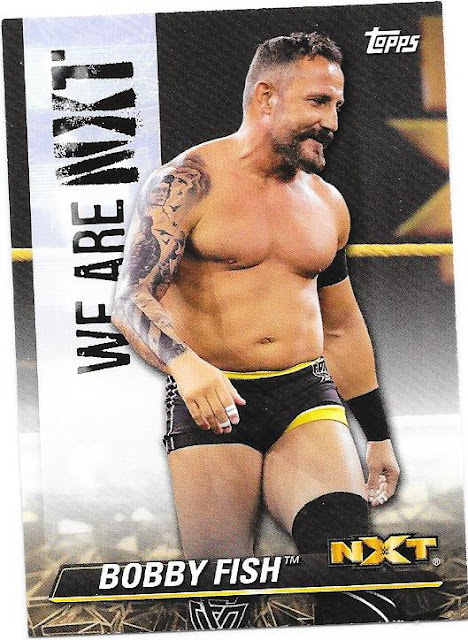 Glad Bobby pushed over to AEW after his WWE run. He was great in WWE, but don't see him being a big fish in that pond...pun intended. 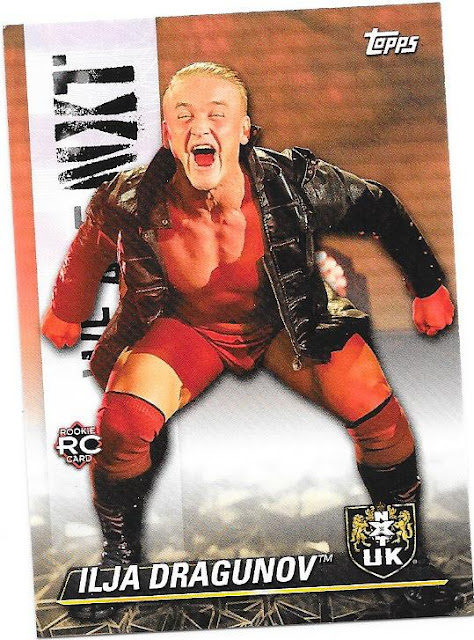 It's April, so not a lot of time to trade and get packages, etc, but I do have a quick PWE trade with TCDB member tullyelly. 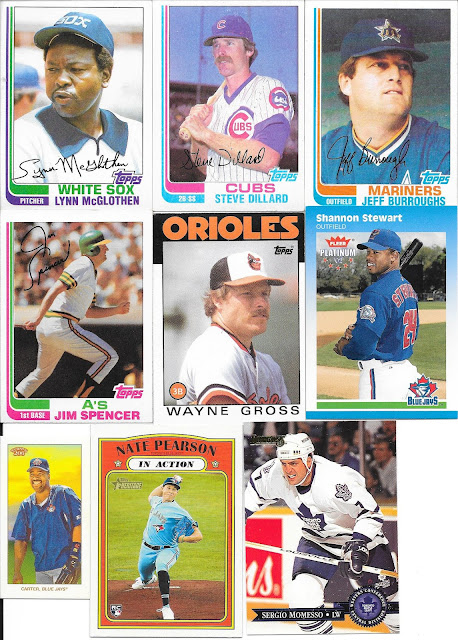 1982 Topps continues to be a set I pick up the odd card for. I figure I'll be able to get 95% of the way there before starting to run into the slightly more expensive card, say like a certain Ripken card.
A few new to me Jays too, even if new Nate shows up in an old look with Heritage.
Very cool and much appreciated!
Posted by CrazieJoe at 8:00 AM