Well, I was hopeful after the second period that the Leafs would be able to pull out game 7 and beat Boston, but it wasn't meant to be. Unfortunately, another year to wait until the next chance at The Cup.  In my misery, I ordered a couple more tins of the 2017 Leaf Centennial cards from 401games as they were on sale for less than $15. Hopefully this means I will have the 100 pure base complete, and about half the short print base cards too. This will be the last of them I buy, I will try and trade to complete the 200 card base set....eventually. 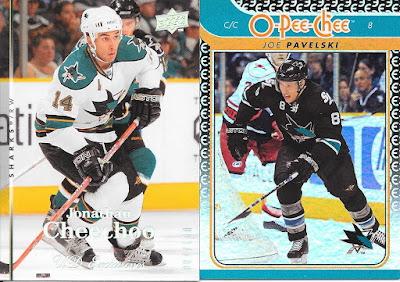 I believe the Exclusives parallel from Upper Deck started in the later 90s (not really a surprise there), but I didn't realize how many years it has actually been around. Especially considering, until the Santa Lot, I didn't even know these existed.\\I am not sure if the SN has always been to 100, but that would be part of the reason since, until the last handful of years and getting back into the hobby, I wouldn't have really researched or looked at such things. Also, as a kid collecting (which was before the time of Exclusives), I still wouldn't have picked up on it as I never looked at the "apck odds" and get curious about the cards I wasn't likely to see.

Happy to see another here and learn a little more in looking them up. 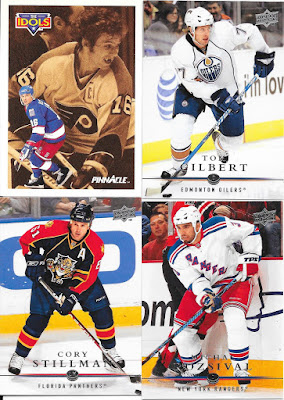 Even in the "junk wax" era, it wasn't unusual to see the use of Hall of Fame and retired players on cards for another reason to get collecting, and this Idols card which is a subset in the base from Pinnacle is a good example. 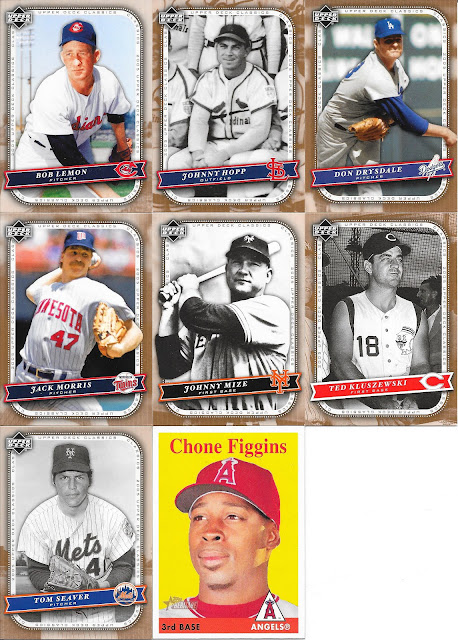 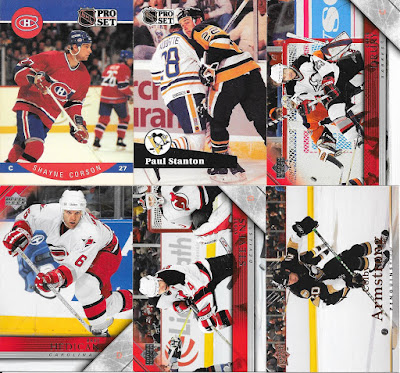 The best kind of traders today - more 2005 Classics from Upper Deck. I don't recall junk wax era sets which were of this line - completely focused on stars of the past (other than the Conlon sets which were awesome - and I will say the Ted Williams sets had their heart in the right place in trying this as well). I should take a look again and see how much of an extra set I have together, if anyone is interested on a decent start to that one.