Rare, but anything wanted?

Again, before 401games moved, I picked up one of their fairly new repacks. They put together 20 rare magic cards for $4.50. I figured, for the price, I might as well check one out. Beast case, I get a couple artifact cards that, in a perfect world, would have cost me more than $4.50 to pick up at the store, worst case....I don't.

Well, let's take it card by card and see what we end up with. 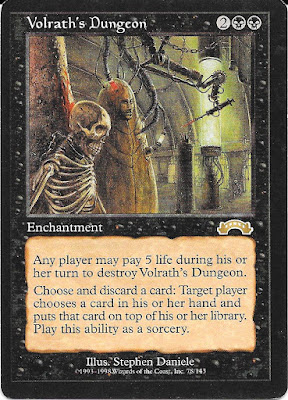 Volrath's Dungeon
$0.50 - Not a keeper, but an interesting effect for reducing cards in an opponents hand. 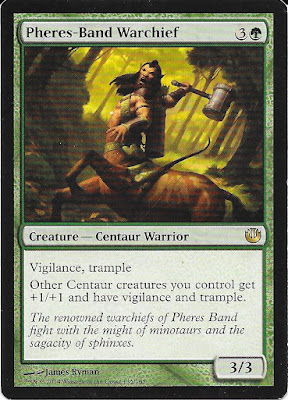 Pheres-Band Warchief
$0.50 - average being 4 casting cost for a 3/3 is about average but the ability works for a Centaur deck. 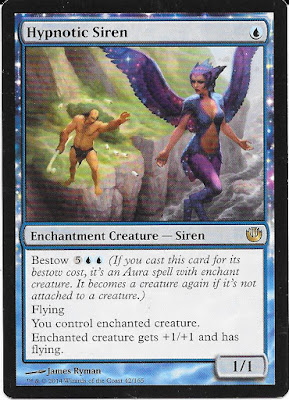 Hypnotic Siren
$0.50 - Why would you want to use the ability for 7 total mana - I must be missing something. 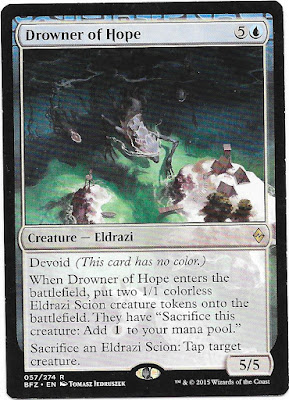 Drowner of Hope
$0.50 - Getting closer to an artifact, but still no luck. 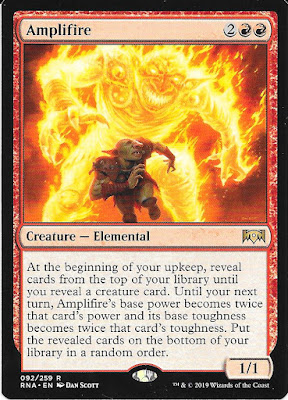 Amplified
$0.50 - Okay, that's a pretty darn good special ability for double to power and double the toughness. Can understand why a 1/1 creature would cost 4 total mana. 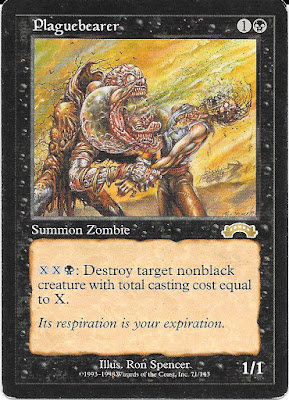 Plaguebearer
$1.00 - Expensive to use the ability likely in some cases, but to be able to re-use it is a great ability. 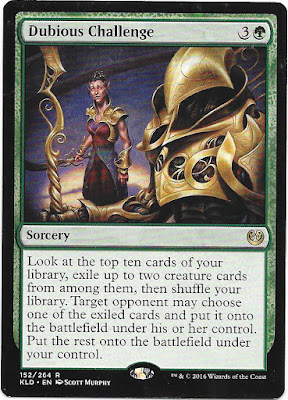 Dubious Challenge
$0.50 - I haven;t looked it up, but wonder if the two exiled creatures is a choice. Sounds like it, which gives a bunch of creatures on on your side and in play. 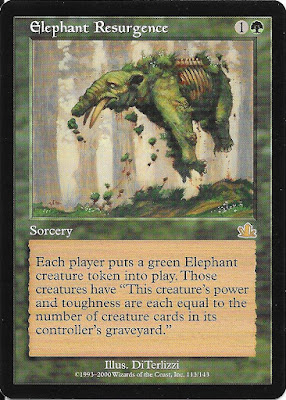 Elephant Resurgence
$0.50 - Only two mana to cast given that everyone benefits from the spell. 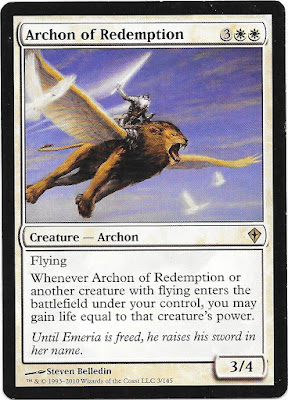 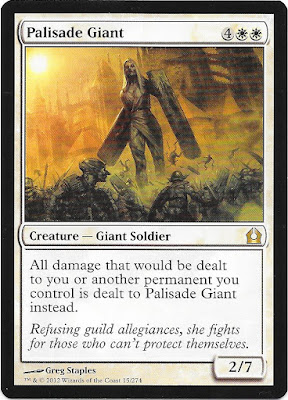 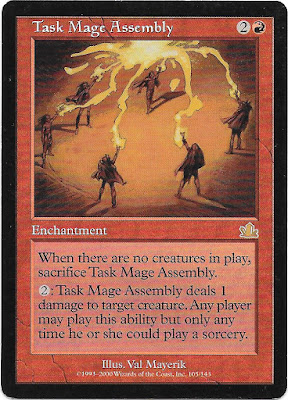 Task Mage Assembly
$0.50 - Interesting way to shut the game down quickly given anyone can use the ability.

Hmmm....at this point, I see where this pack is going...roughly $5 of cards for $4.50 - not big on savings, but hope there is an artifact or two still at least. 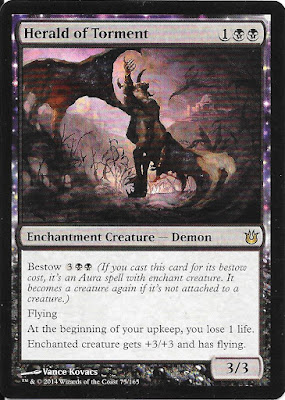 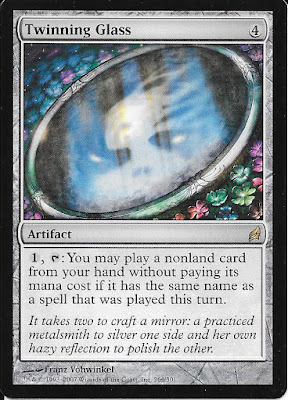 Twinning Glass
$0.50 - Finally an artifact, and one that I don't already have so, success! Well, one card at least. 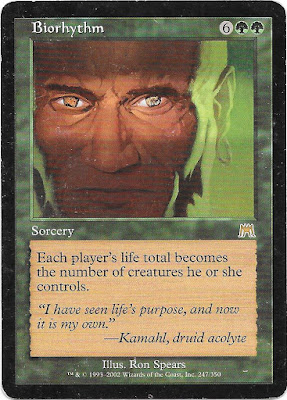 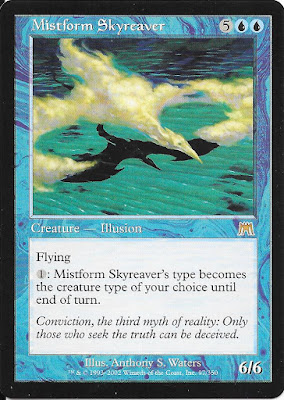 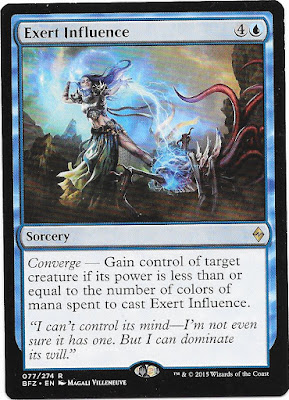 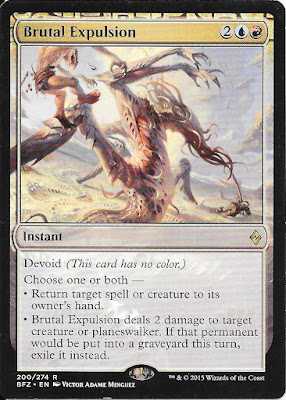 Brutal Expulsion
$0.50 - If you want something to have no colour, should just make it an artifact. 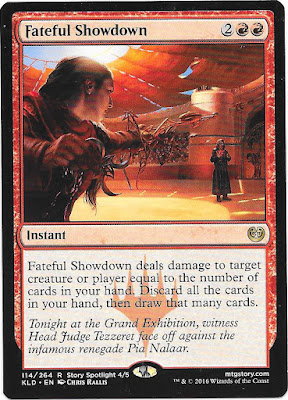 Fateful Showdown
$0.50 - Painful ability in so much as, you may not have many cards in your hand, and if you do - poof! Switch them up. 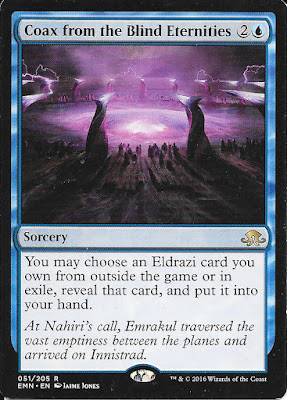 Coax from the Blind Eternities
$0.50 - I will giver it a mark for the fact you can use a card outside the game based on the ability. It is very rare to see such an effect.

So overall - $10.75 would have to have been spent on the cards individually. That said, only one artifact for me at $0.50, so I would have been better off spending the money on artifacts, but now I know. Also, gives me a few cards for trading away if anyone is interested.
Posted by CrazieJoe at 8:00 AM