Here we are - a week out from the end of another crazy busy season. Not sure if these pack a day type posts are interesting for you our there or not, and may not provide a big post each day, but it's what I can handle best this time of year. Besides, ripping a pack a day keeps the blues away, right? 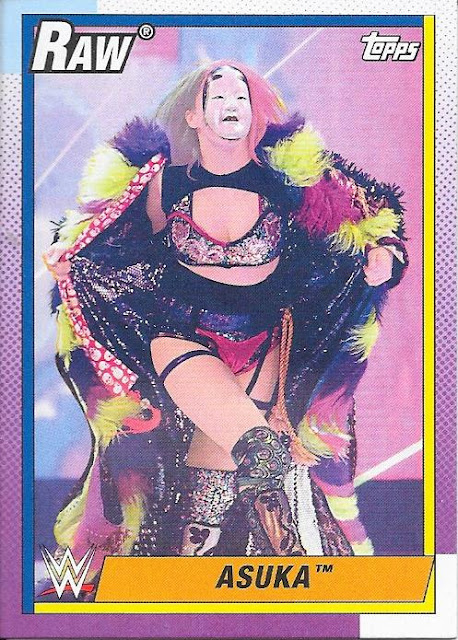 Another great wrestler that would be good to see reaching a high peak again. Her and Shinsuke had similar high points a few years ago with Rumble wins. Asuka can still be a top wrestler with just a little focus from creative. 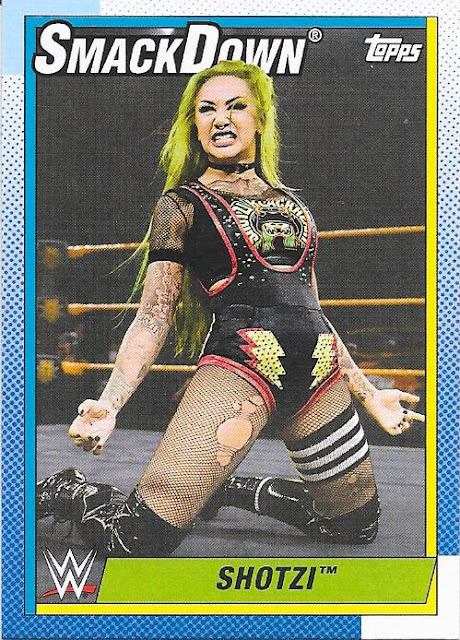 Guess they didn't have time to pull a pic from her on Smackdown since this is obviously from her time in NXT. Another wrestler who lost their last name (Blackheart), Shotzi is different and unique. Some Paige vibes, some Lita, a little Luna, but all wrapped into a cool person who shows growth in the ring. Besides, the green hair helps with the Women's rainbow from Becky, Sasha, Asuka, etc. 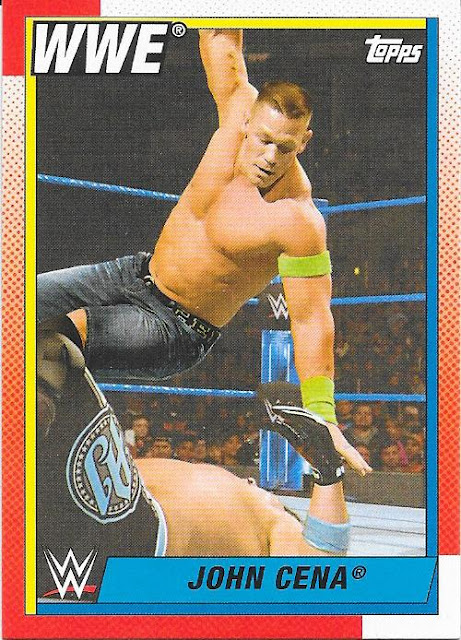 Have to include him somewhere in each set I guess. 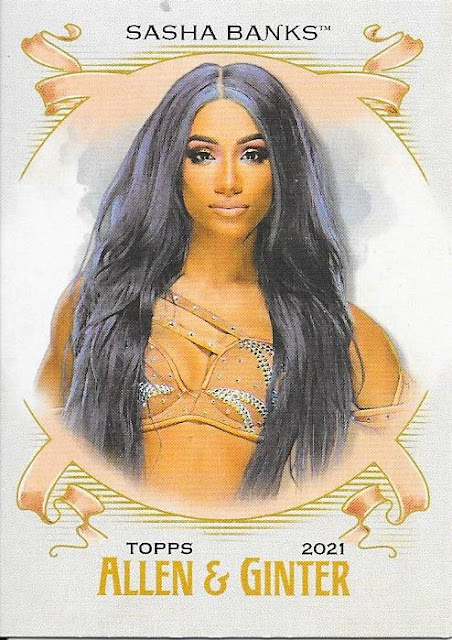 Speaking of Sasha, here she is with her subdued blue hair colour. 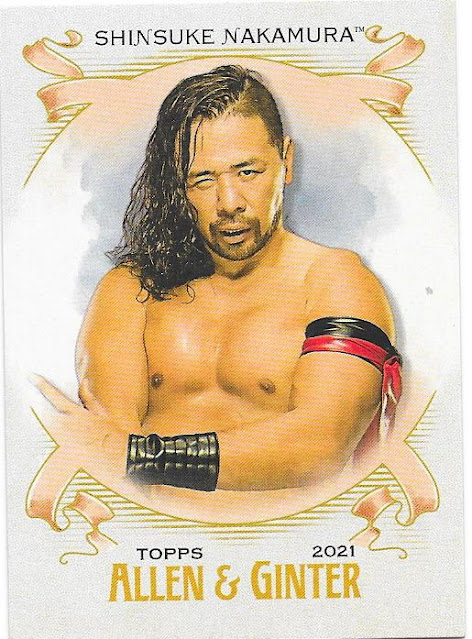 Funny enough, we also get Shinsuke - must have heard me talking about him. 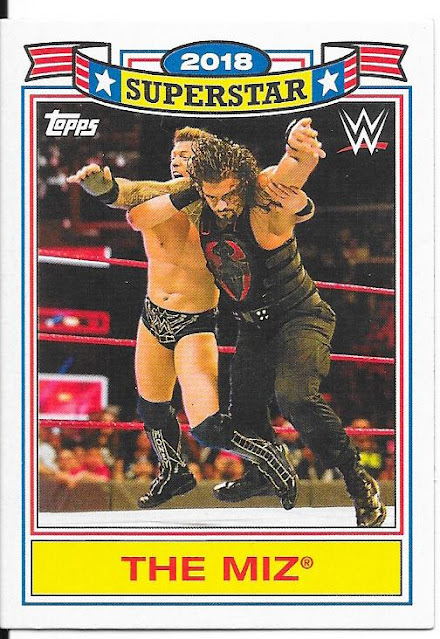 Remember when The Miz was beating Roman for second level belts? Yeah, Roman picked up his game and is on that top tier now. I have to say though, it wasn't the 4-5 years of WWE pushing Roman as the next John Cena that did it, it was letting the crowd boo Roman like they wanted, and letting him grow into the Tribal Chief character that really cemented him as a top star. 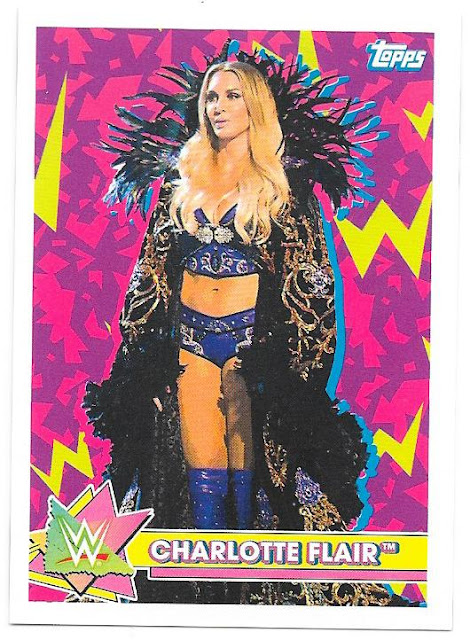 When you talk top star - Charlotte's always going to show up of course. Pedigree and ability, it's deserved, even in wacky 90s sticker format!
Posted by CrazieJoe at 8:00 AM