Today's pulls from the COVID lot are minor league or similar cards from hockey - so nothing I am keeping...almost. 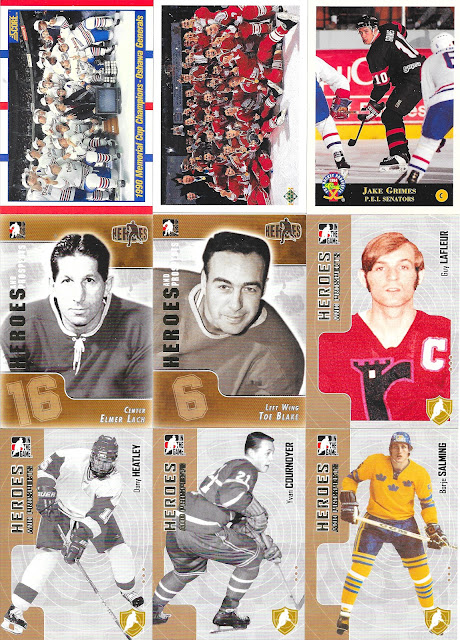 The first card is the only one I am keeping. I mean, 1990-91 Score is an NHL release, but they snuck this one in. No real choice, since I am working on the set, that I will need to keep this one. The Upper Deck set did similar, but didn't need that one for the Canada Jr. team.
Then we get into the In The Game Heroes and Prospects sets. ITG works around things by having the legends related to the minor league team - go figure. As much as I like newer cards of older stars, I do want them to be NHL affiliated, so none of these are for me.
The Salming card's a pretty good one with Team Sweden shown. 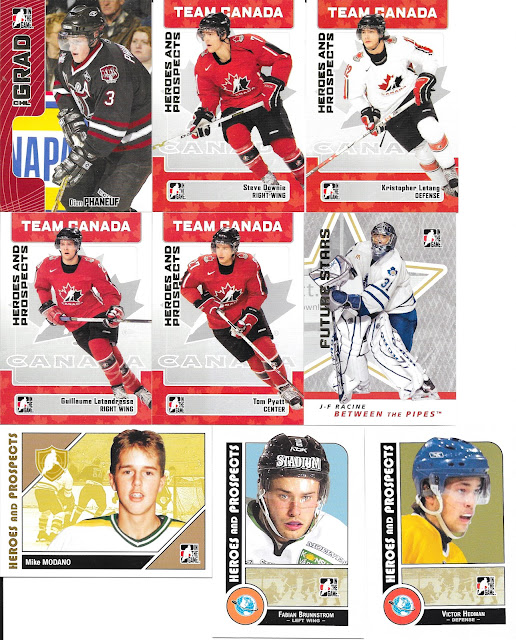 More of the same here - and wow Modano looks so young here (which he was of course, but just not how I picture him given his NHL career through my childhood.

We end with a nice Hedman as well.

Though these cards don't do much for me, if they are in your collecting wheelhouse, let me know! 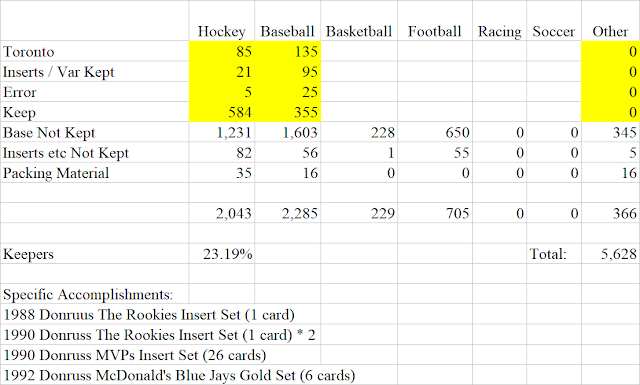