First off - a happy birthday for my wife who turns 40 today. Not sure she wants me to say that, but no matter what, I'll always be older so she will always be young to me!

Next up, we start with someone who was at the tail end of his time with the Jays when my wife and I first got together - Carlos Delgado. 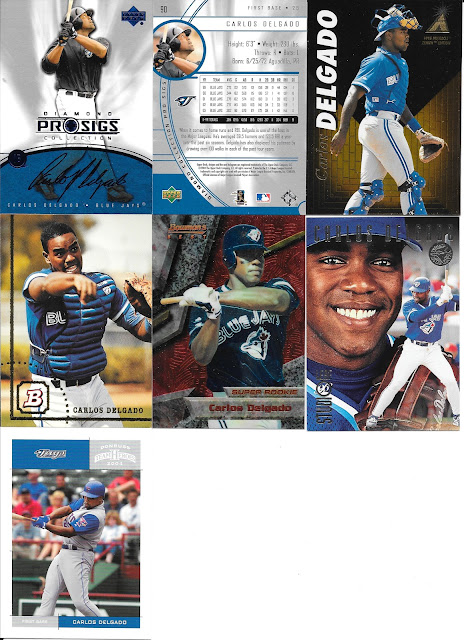 Happily, all of the Delgado cards here are actually new to my collection. Many forget that Carlos started as a catching prospect before transitioning away from the position. I wonder how much it extended his career by moving to a less demanding position than catcher.
For someone who ended up at 473 career homeruns, a bit surprised he didn't muster even 5 per cent on his first HOF ballot in 2015. 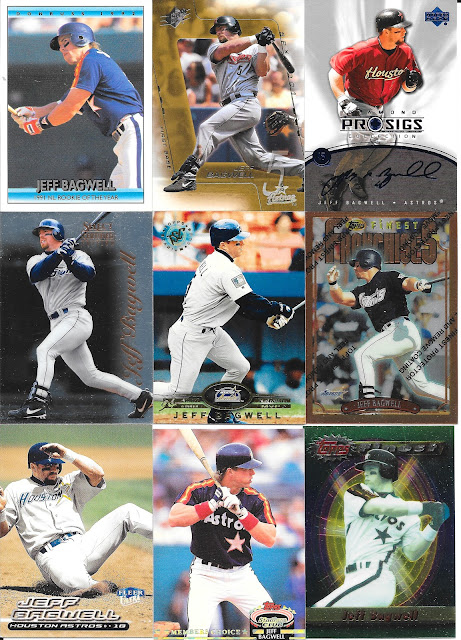 The other player highlighted today - Jeff Bagwell, who did get into the Hall in 2017 after 7 tries. The 1001 Rookie of the Year spent his entire career with Houston, and was a pillar of the team throughout.
The most surprising thing to come of the cards today... 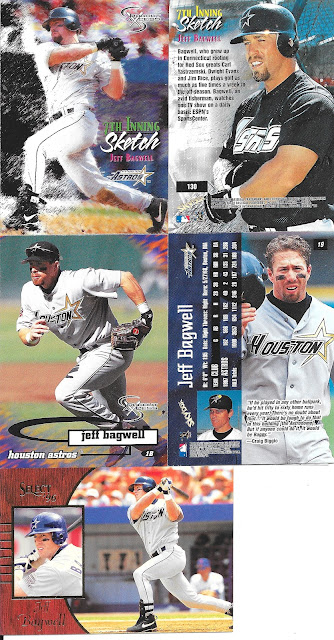 My jaw dropped when I saw 7th Inning Sketch on those cards. I didn't realize the name was associated with anything other than early 90s horrendous hockey cards. Luckily, this is just the "cute" name used on these subset cards, but man, it gave me bad flashbacks to the hockey cards.

Anyway, I best go and spend the day with my better half! 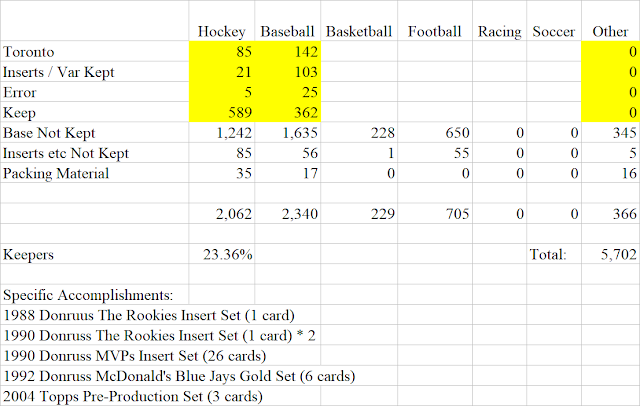