So, a while ago, I picked up some stuff at 401games, which included some common/uncommon foil cards on the random - 100 for under $10. I did it for fun and hopes of getting a few artifacts for myself. I figure, at 10 cents a card, I could always trade some away for things I do want, and it's a fun go through. 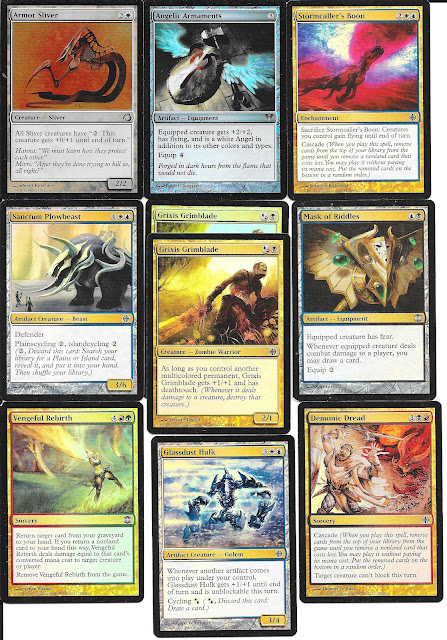 Not a surprise to see gold border cards - figure these don't get a ton of play, but there is one artifact keeper here so far. 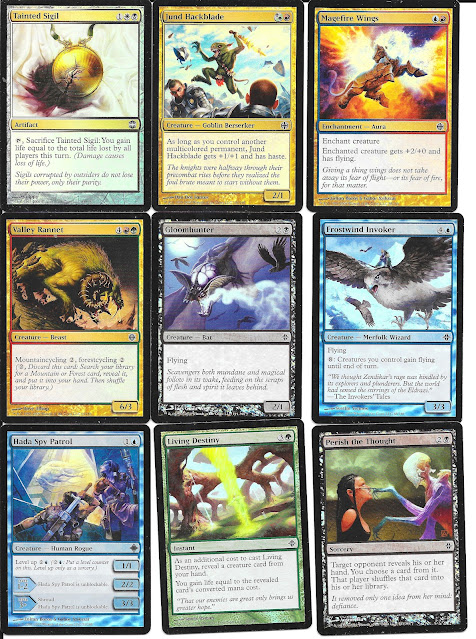 Although I did play a couple decks which were multicoloured, but I never had a deck which utilized gold border cards. I started these with the older cards, which didn't go back too far, but since foil cards in the early 2000s were rare and thus more expensive, not a surprise there.
The level up concept on Hada Spy Patrol was a unique one. 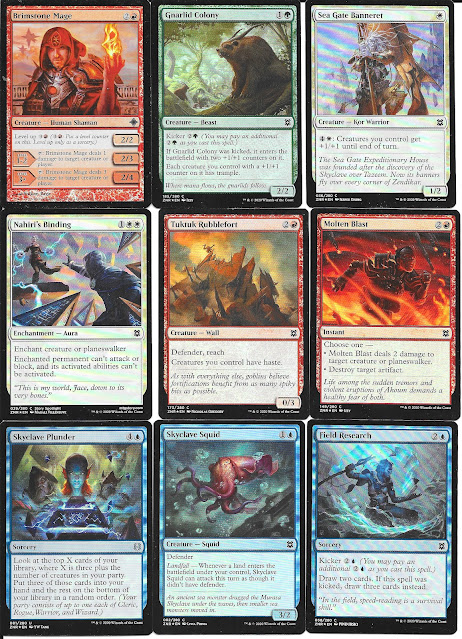 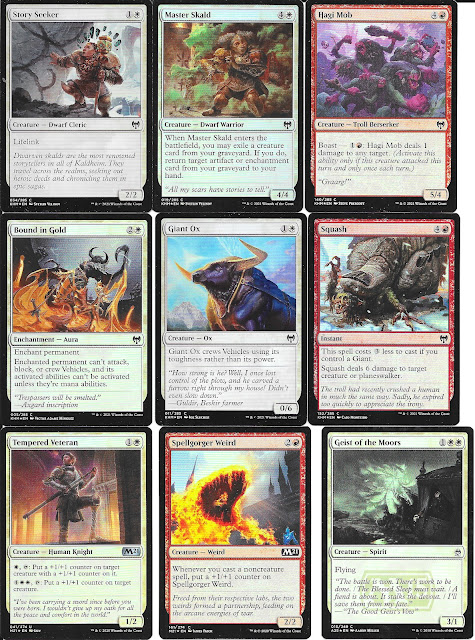 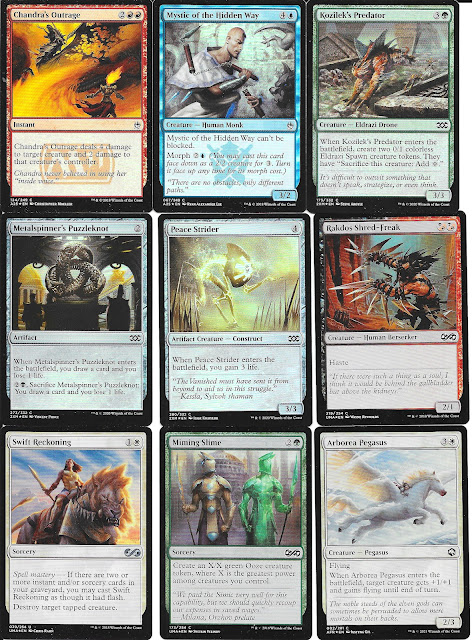 A second artifact keeper here, but now all the way into 2020 - so you can see these cards are heavily weighted to the newer sets - where foil cards are plentiful, and many are cheap. 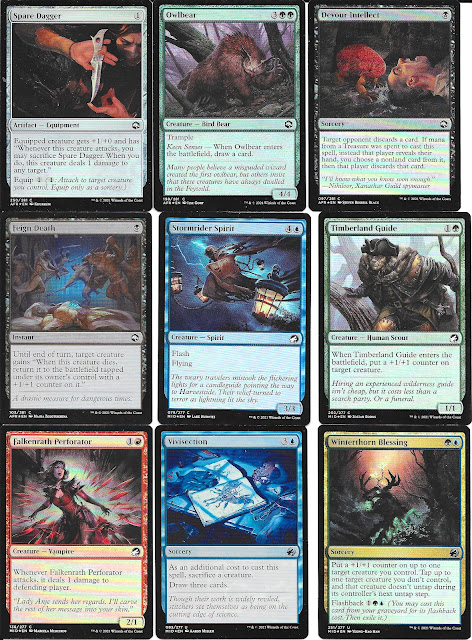 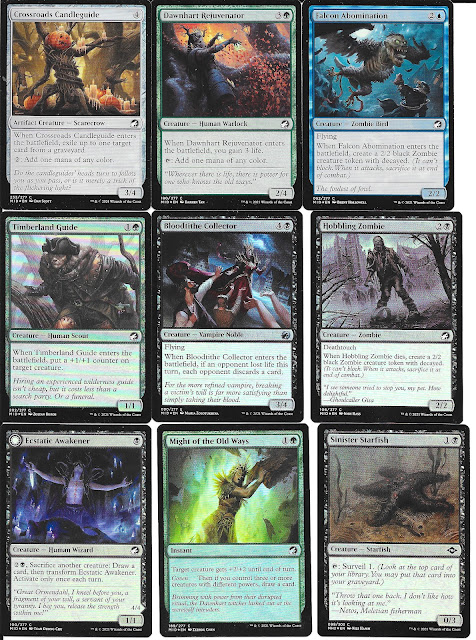 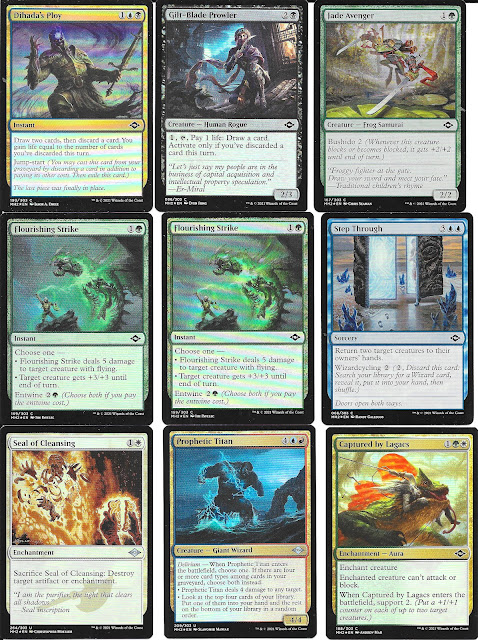 Modern Horizons was a really good set, very strong, but still had a bunch of cheap cards so we get plenty of those foil cards here too. Flourishing Strike is a classic green card - cheap damage to creatures which is useful if you are playing a creature deck and trying to take out defenses, but isn't always the quickest of decks. 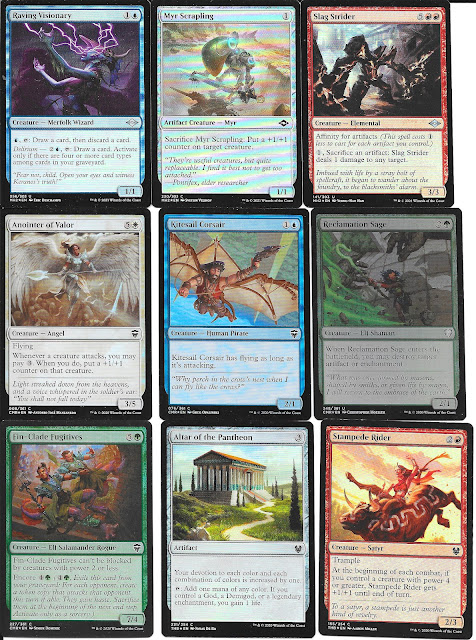 Nice - a couple more artifact keepers here - though neither would be ones I think I would ever play in a deck. 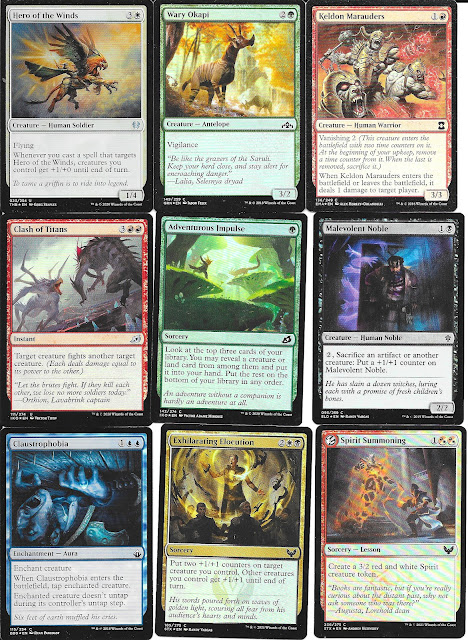 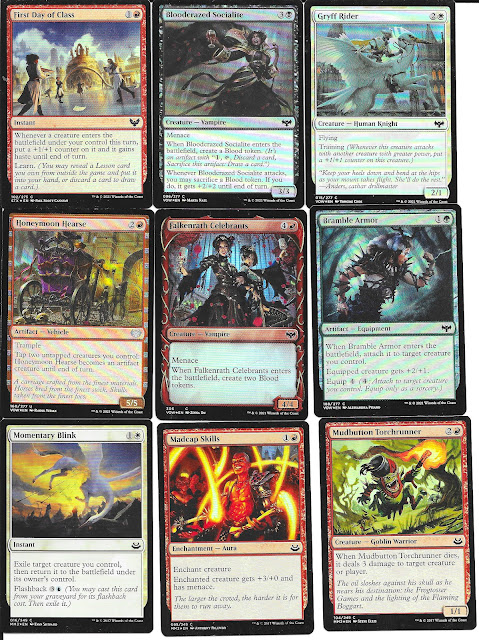 So - would I spend about $10 on this again? Probably not. I mean, it's fun to get a variety of cards I wouldn't otherwise get, but given my specific collecting, I could have spent the money better on just artifact cards that fit my collection. Still, a fun little jaunt.
Posted by CrazieJoe at 8:00 AM