Over the past week I received a nice package of Jays cards from KrusherKev over on Trading CardDB.com. We have completed a few trades and I think basically have a standing offer out to help each other where we can. He had been busy on Listia and ended up with some Jays cards that he was kind enough to send my way. 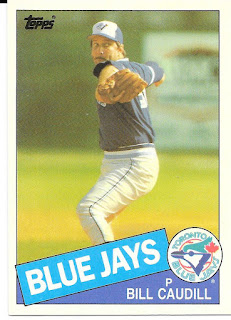 Back in the day, these were the shiny cards of the time - Tiffany finish (glossy) cards. This is the first such Jays card from the set I have.

The package also contained some additional 80s Topps cards. Being in Canada, O Pee Chee were more prevalent, but through trades I was able to get some cards, but these help fill a number of holes... 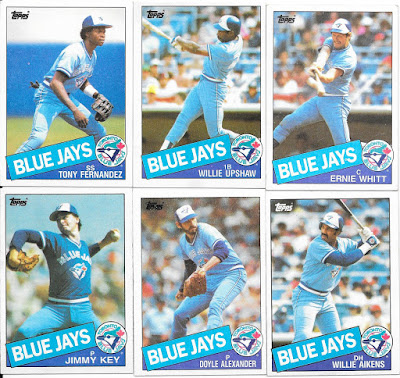 I enjoy the design of these, and what were good action poses for the time. 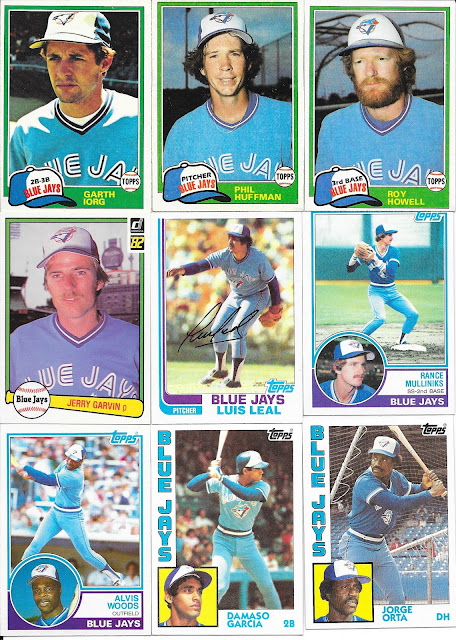 Between the early 80s designs, one of my favourite is the 1984 Topps such as the Damaso Garcia card - just a nice big picture, easy to read team and player name, with the nice insert of the player face close up (even if it has the bright yellow background on the insert). 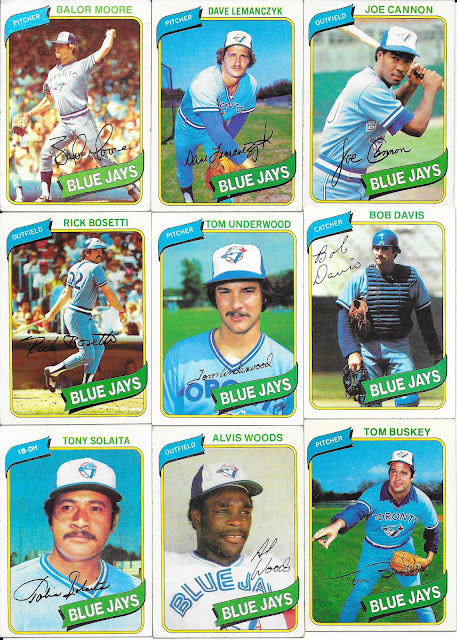 Less action shot in these, but nice to get these added cards cutting down the number of 1980s Topps cards I need - though as I say, I will always take duplicates of Jays. 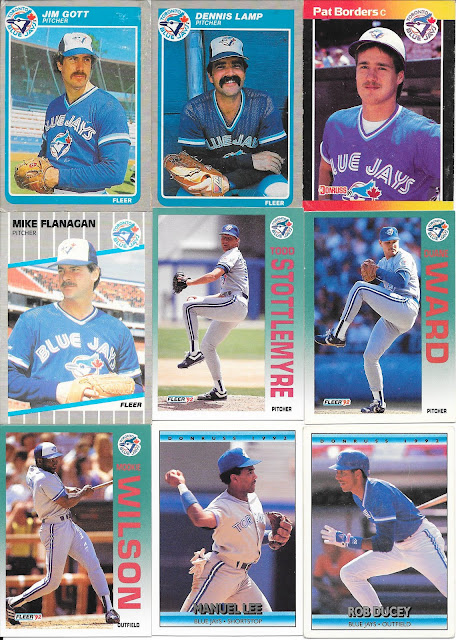 There were a few late 80s and early 90s Jays as well. It is funny what you remember about certain players...like Manny Lee swinging at pitches that bounce before crossing the plate (may have only happened once or twice, but for some reason, stayed vivid in my mind)...funny what you keep in mind with certain players, and which come to mind when seeing their cards...

So big thank you to KrusherKev - I look forward to sending you some more cards later this month!

Lastly, a review of this week's Listia pick ups.

Given there are a few 2015 Spring Fever Jays cards, I saw the one below and figured I should pick it up. Simple card and concept, nicely executed... 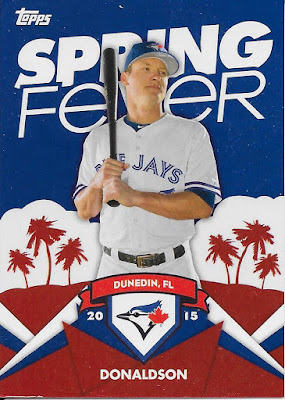 Also received the following early 80s Fleer card - I find the Fleer cards generally harder to come by than O Pee Chee or Topps from that time period... 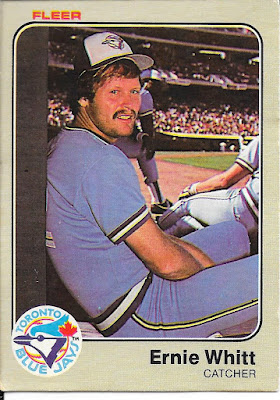 Lastly (it was a busy week getting packages from Listia buys - likely won't last as I spent a good chunk on another card, but it'll likely show up next week...) is the following card which I over spent a bit - but was still only about equivalent to $1: 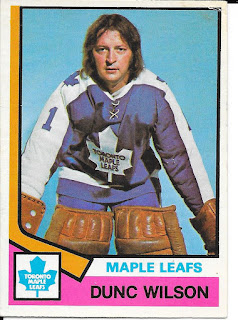 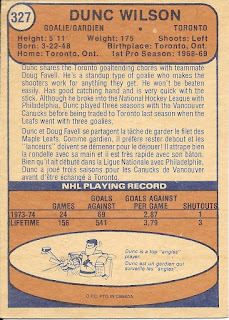 Beyond the first question of "who names their kid Dunc?" followed by the thought that it may be short for Duncan, I obviously liked the card as I don't have much in the 70s for Leaf cards, so this is a nice old add From 1974/75 O Pee Chee.

Busy and productive week - I hope yours was too!
Posted by CrazieJoe at 8:00 AM