Calgary definitely had a good top three as shown in the highlight checklist card from 2006-07 McDonald's set - no denying. The heart and soul of the team was Jerome for a good period of time, I don't know that he ever had the support he needed to truly make a consistent drive to the Cup with Calgary, and by the time he moved out of Calgary, although he remained a solid player, he was not the same on ice leader as he had been in Calgary. 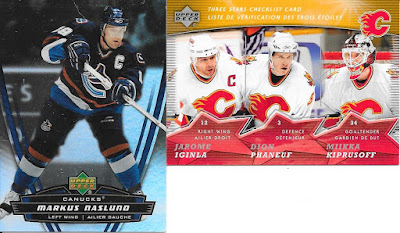 Naslund is no slouch either... 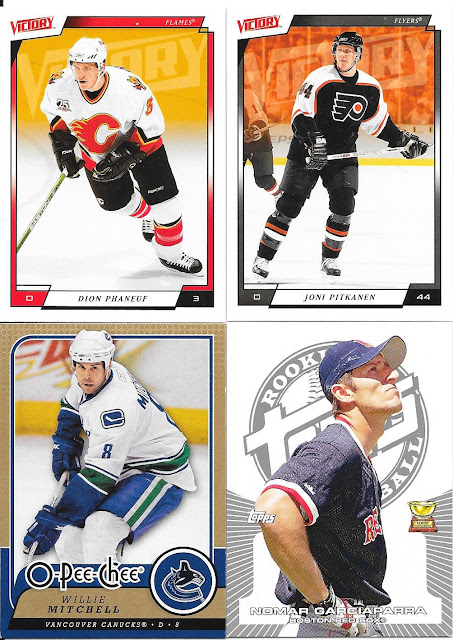 Garciaparra had a good career, hopefully he is not remembered by most for his extravagant pre-pitch routing in getting into the batters box, though I do remember the discussions about it and watching it in detail. Very much reminded me of a wrestler in so much as, you knew their signature moves and the order in which you would see them. 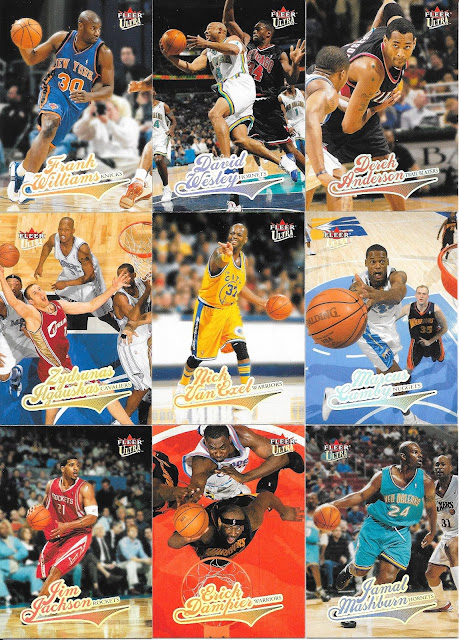 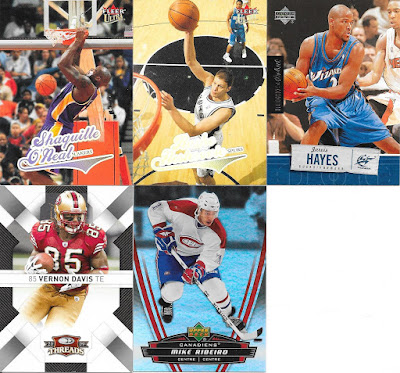 
Summary (through 680 cards):
One change in the below is, I separated out inserts/variations for hockey/baseball that are doubles, just to keep better track, I had these as just doubles before.