As shown below, I got the last 2 cards of the 2007-08 McDonald's Checklist subset which makes this the first (major? minor?) set accomplishment to come from the lot of cards - yay!

Even without that, it would have been a good two given the number of other keepers for my collection and additional masterpieces hockey cards to keep growing that set. Overall, a very good day, so I'm happy! 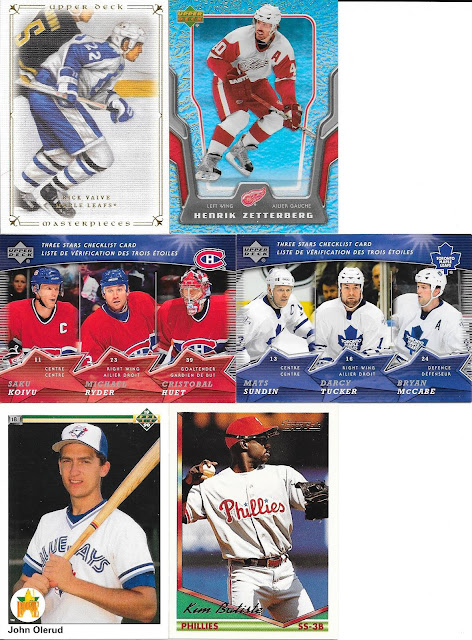 John Olerud rookie card - nice! Olerud was a solid first baseman, though never had the power one expects out of the position, but he did have the one season flirting with a .400 average, ending at .363. I remember following that watch closely in hopes he could do the unthinkable and top .400, but a late "slump" - otherwise known as batting like a normal baseball player - saw the average come down. That said, I don't know of a player that would balk at batting .363 for a season.

For baseball, this is the first 1994 Topps Gold card I have. The Topps gold cards of the 90s were never a huge draw to me as the change is so minimal and didn/t mean much at the time. Unfortunately, the gold foil lives on to ensure reading names is difficult where used in a manner like other Topps sets - thankfully here as the name is on a non-foil background, it still stands out. 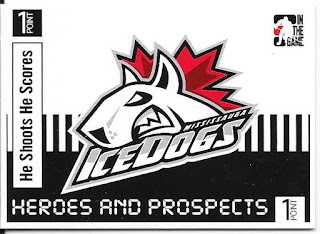 Having got a handful of these so far, and given there appear to be a number of different teams on them, I might just hold on to them until I am do to see if I have a complete set of these redemption point cards - might be collectible to someone who isn't me... 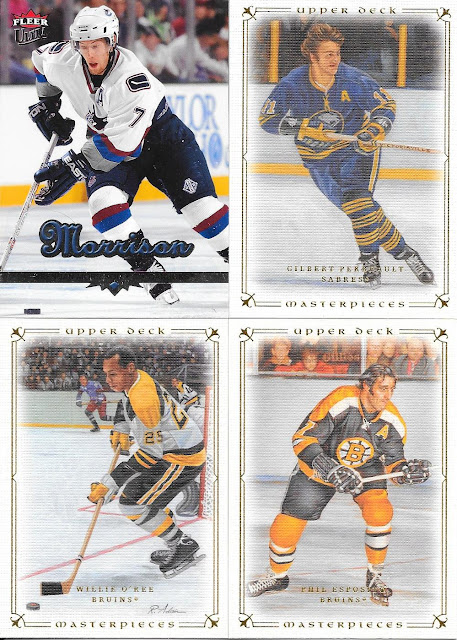 Yay to getting a few more Masterpieces cards. With it being such a small card and my having most of the Leafs beforehand from the set, I am looking at having 16% completed so far with fingers crossed for more. 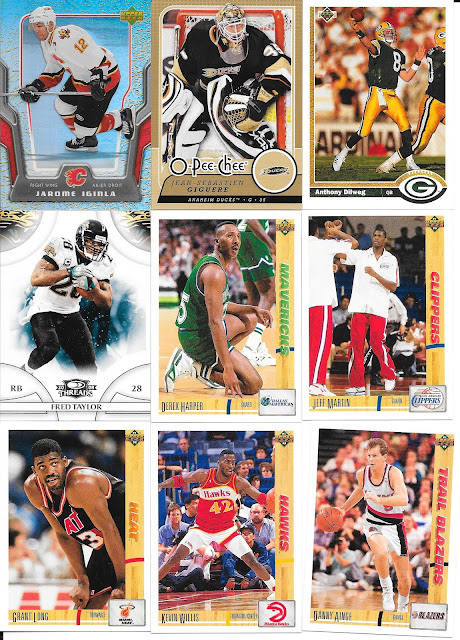 I would take getting McDonald duplicate any day of the week, especially over non-hockey or baseball cards so even the traders aren't looking too bad in this one.