There are plenty of Joes, but only one Joe Montana 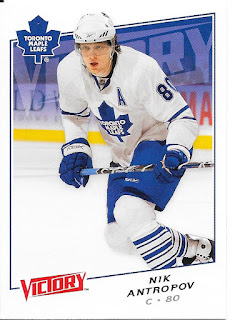 Another 2008-09 Victory Leaf for the collection. Being that it is new to me, that works just find. Nik was a serviceable Leaf during the not-to-productive years of the 00s. 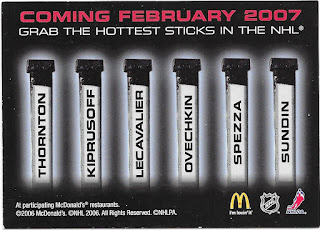 Well..it is February, though only 9 years too late. Wasn't expecting advertising cards, but this is the first, but I would have preferred a redemption card! 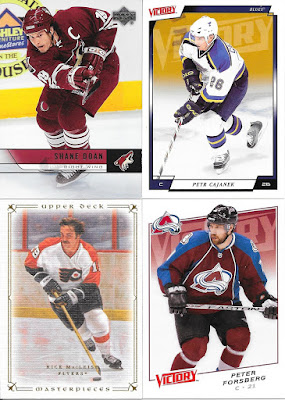 Shane Doan - he did pretty well on that episode on Mantracker a couple years ago. It is a show where two people (I believe it was Shane and his brother) are put in nature with an end point they need to reach while a man (Mantracker) and his guide are on horse and start a couple kilometres away from them. Mantracker knows their starting point, but doesn't know where their end point is, and has to try and catch them using only his tracking skills. It's an interesting show - not sure if it still on - but Shane did well, and he and his brother were able to make it to the destination without being caught and within the 36 hours - Canadian reality TV at its best... 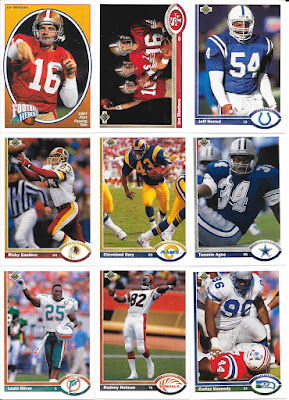 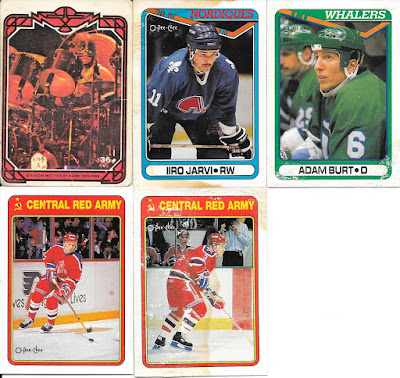 One of the greats in football - Joe Montana - a great card from both the base set of 1991 upper deck as well as an insert - not bad, but not being kept!