With these cards I am coming close to the first "completion" of any type from the Santa Lot of cards. Including these, I have 4 of the 6 2007-08 McDonald's 6 card checklist insert subset. Nothing big, but 4 of the 6 cards down, makes me hope the other two will be somewhere in the 14k cards still to go! 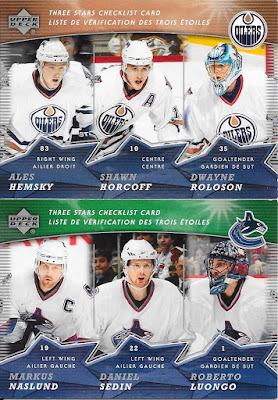 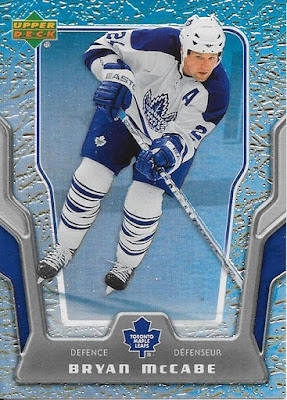 Based on the above, obviously those are two of the highlights, the third being another Leaf card from that same McDonald's set. 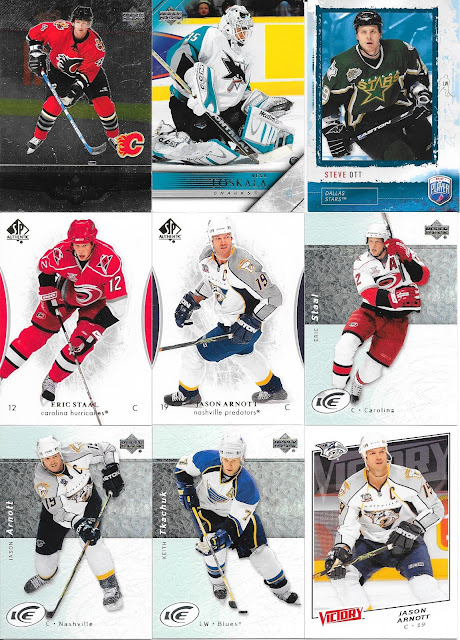 Didn't even notice until I scanned, but definitely a little Arnott heavy with three different cards of him. I was never really a fan of the Be A Player sets, and this is true with the 2006-07 incarnation as well as seen in the Steve Ott card. I can't really say specifically why, but each year there was always something off with the cards. Here I think it is the dead space - though less can be more at times, here I find less is just...less. 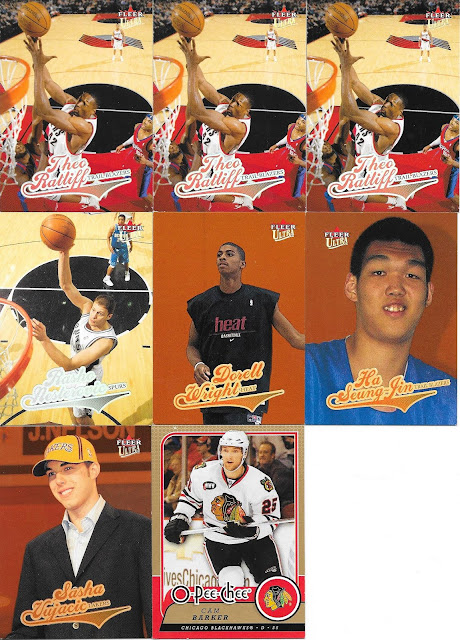 I get what 2004-05 Ultra is going for with the rookies and the similar brown/orange look (nicest way I can think of for describing the colour). Were all the nice colours unavailable, having been used in the other base card full photos?