It can only get better...

Not a great 20 today from the Santa Lot unfortunately - some gum issues, some duplicates, oh well - always look for the bright side... 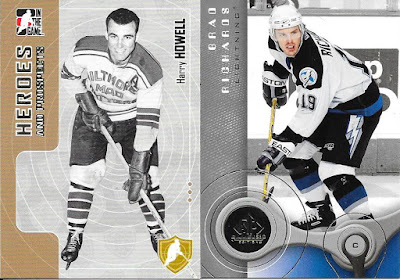 I like the nostalgia effect of a set and even though I generally dislike In The Game sets, the Heroes and Prospects 2005-06 set still has some decent cards. As for the Brad Richards, another first card from a set for me - this being 2005-06 SP Game Used. Good first impression, will wait on judgement until I see more... 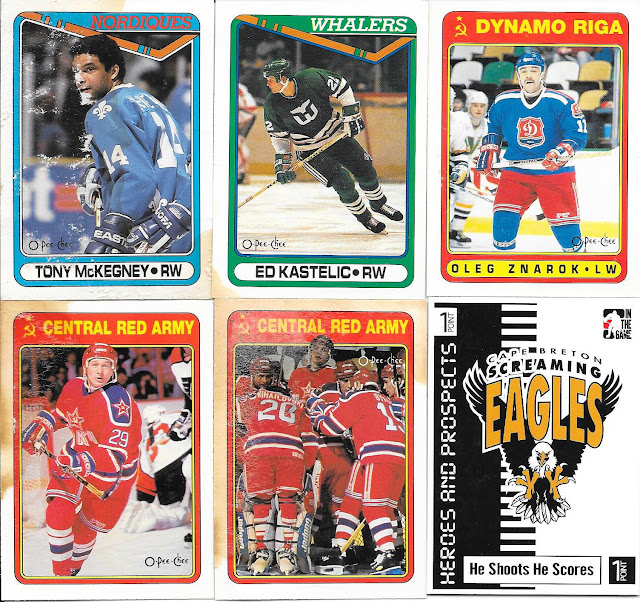 Nothing new from these - 1990-91 O Pee Chee gum stained and marred cards as well as a redemption point card for In The Game - both issues I touched on before... 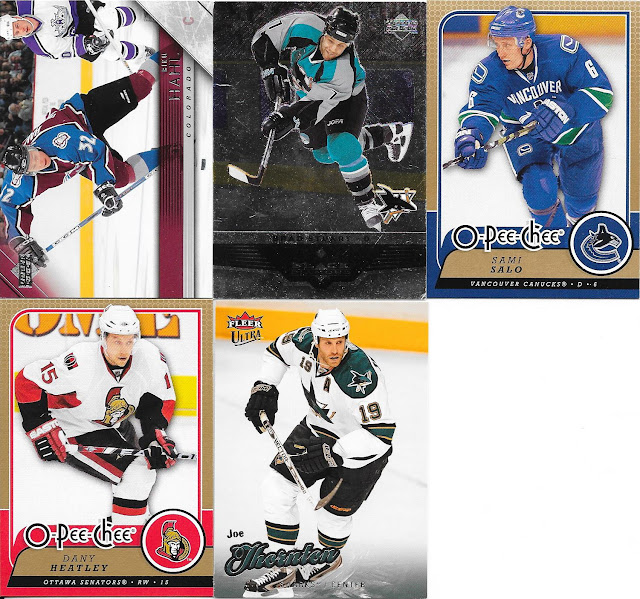 A splrinkling of cards from sets that were touched on, but nothing spectacular. 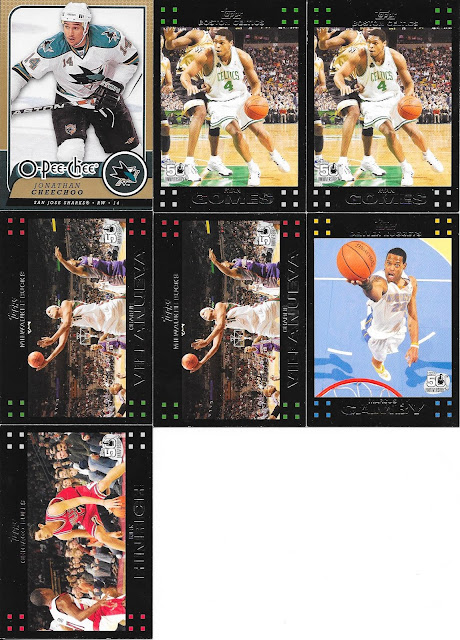 More 2007-08 Topps with duplicates included - looking forward to the next 20 which can't be much worse!