A not so happy but special post today. Early on when I started collecting, my grandfather was one who helped me get into collecting. I remember as a kid, we spent Saturdays at the Grandparents house. I would be dropped off, my mom and Grandmother would go do grocery shopping, I would spend the morning with Grandpa (my sister would either go shopping or stay). Anyway, my mom would typically bring back a pack of cards and I would open it with Grandpa and see what we had.

It, as well as playing Uno were two of the major memories throughout childhood that I remember with my Grandpa. We were close until I spent less time after going off to university, and in recent years though we would talk occasionally by phone, we would see each other (and my grandparents would see their great-grandchildren every other month or so. Although we didn't see each other as often as in childhood, it was just a change in the relationship, but still felt close. Sports was always a discussion point with Grandpa whenever we did get together, especially the Jays.

In November, Grandma passed away after a battle with cancer, not unexpected, but still devastating - especially for Grandpa. Then today, just over three months later - more unexpectedly, but in the same hospital, one the same floor, with the same doctors, Grandpa passed away.

As hard as it was for me, it's harder to see my mom lose her best friend (her mom) and then grandpa as well.

Coming home, I had a one card package come from a Listia win - and as much as the card meant otherwise, it will now always have sentimental value for being the card I got the day he passed away, and given our more recent Blue Jays discussions - it is more than appropriate. 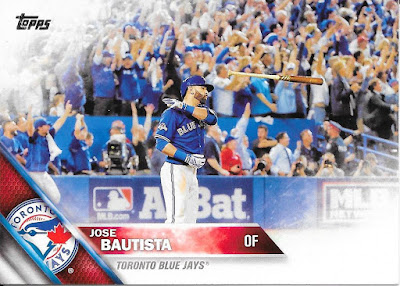 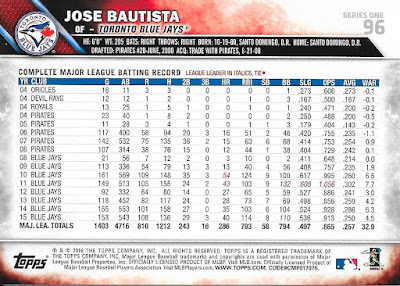 Grandpa (and Grandma), will always love you and thank you for all of the memories and love.

Thank you all for reading also - back to lighter subjects tomorrow.
Posted by CrazieJoe at 10:06 PM