So today, no better time, especially for the middle of July, than looking at some hockey cards.

Picked a couple of these up at Wal-Mart - one for today, one for another time. 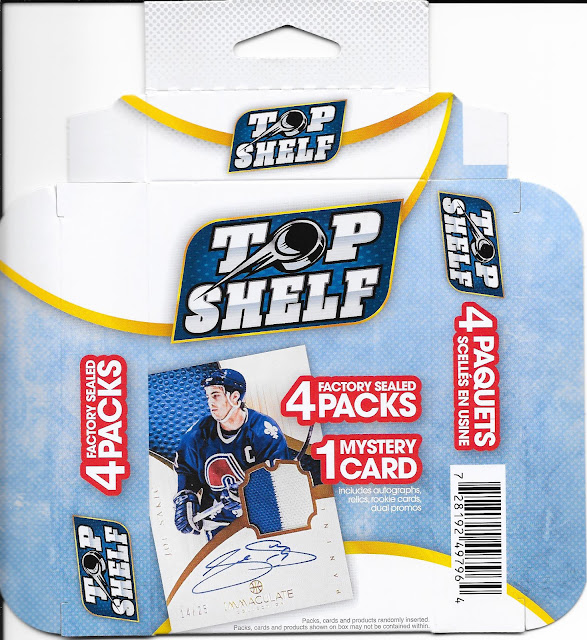 From reading on the mystery card, I suspect it will be a Beckett promo card rather than what you see on the front. Also, hope for an unopened pack for the collection - something I need there would be good. 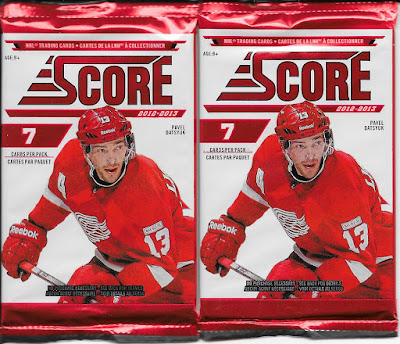 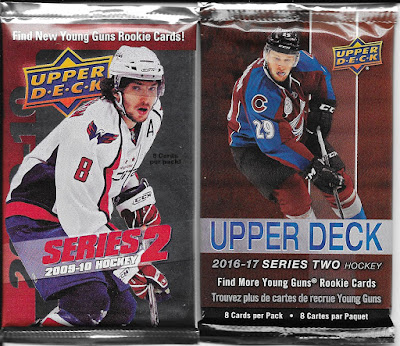 No surprises in the packs, but I do actually need the 2016-17 Upper Deck - I have one of the 5 card variety, here is the 8 - I assume the difference is hobby versus retail, though I don't know which is which.

Let's start with the score because, yeah, might as well use it on these repack boxes too!.

First, the mystery card which will get 4 points (8 is a Toronto card), since you get one per box of 4 packs). I may take a judgement call if it is really good, and score higher, but I don't think I will have that problem... 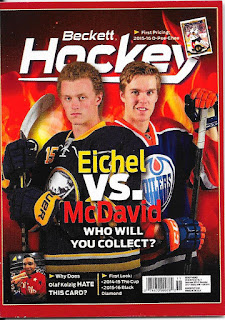 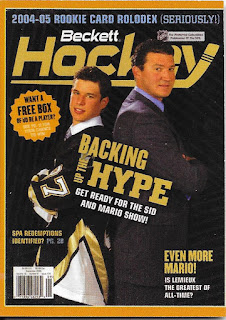 A non-serial numbered, poorly cut, Beckett promo card. Sure, great subject material, but not an impressive card per se. Still, I will consider it a keeper for the insert, parallel, oddball type collection.

Pauses to, for fun, search ebay....huh, actually have sales of the card for a few bucks...nothing too spectacular, but not nickle stuff, so at least it is something I guess. Also, something I wouldn't go out of pocket myself to buy...so there is that too I guess... 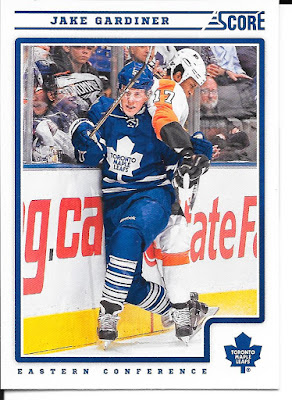 A solid start for the pack. A second copy for me, but since I seem to get a bunch of packs for this set, I may need a copy if I get close and want to complete the set, if nothing else. 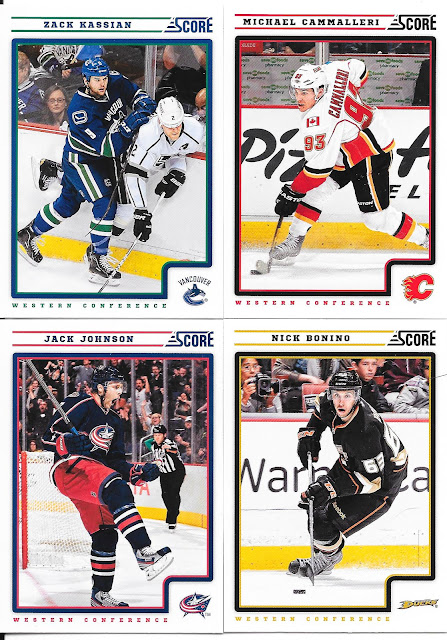 The rest of the base....and then the promised gold rush card per pack... 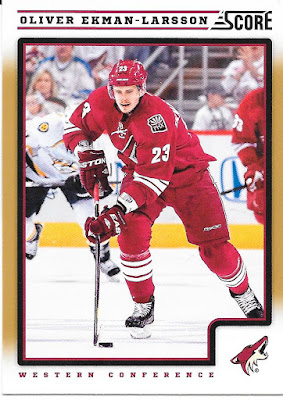 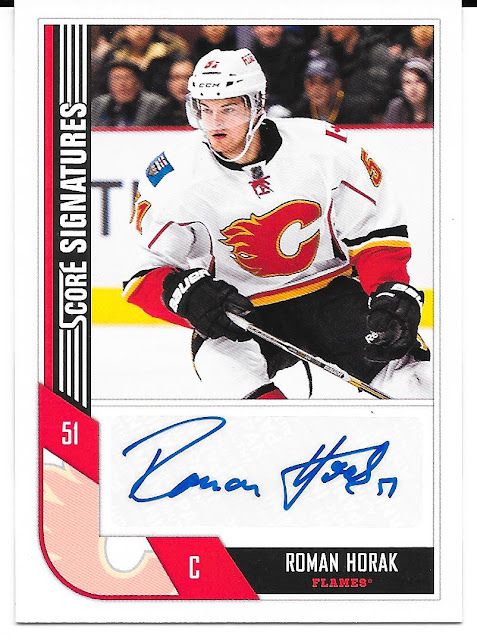 Well, beat the odds on that one! Had to do the math, but odds per pack on a signature in this is every 180 packs. Roman's NHL career was short lived, but I will take it, and that is a very nice autograph to boot!

This card alone, given the small number of packs here, may have this little box top my list this year!

Well, guaranteed this pack won't be nearly as exciting as the first... 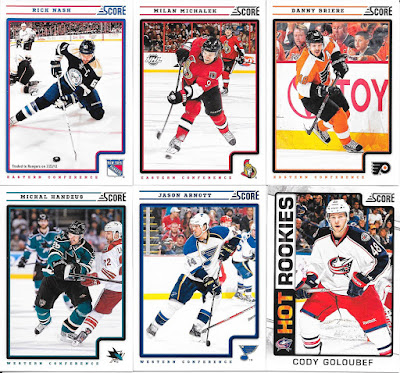 Only one dupe with Michalek, but nice to get Nash, and lot the Arnott because the back is a perfect example of full stats. 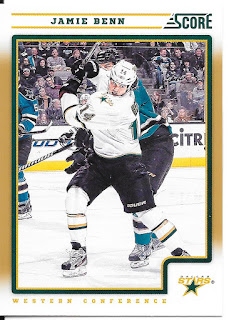 We end with the one per pack Gold Rush card which was new too.

We end with a different pack, and all new (to me) cards... 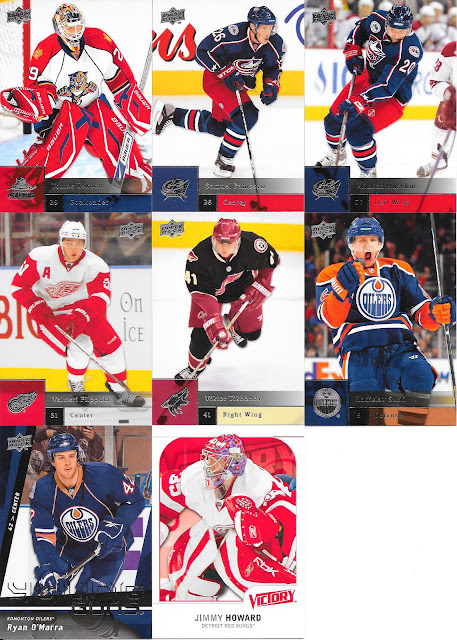 The design for the base Upper Deck in 2009-10 was pretty nice - good full photo with colour borders which match the team, only con is the foil makes the names hard to read. I can live with foil stamping like the on parallels or the like, but on base sets, I much prefer it to be a card that I can easily read.

So this quick little box, given the sweet hit....

We have a new leader as a result of the nice auto and long odds. Definitely has the feel of being one of the better pulls for me this year, so that's reflective of the feel - especially given the odds.