I started off this blaster saying the top three base cards I wanted were of Rousey, Lynch and Dakota Kai. Well, at least I got to knock one of those off the list today. 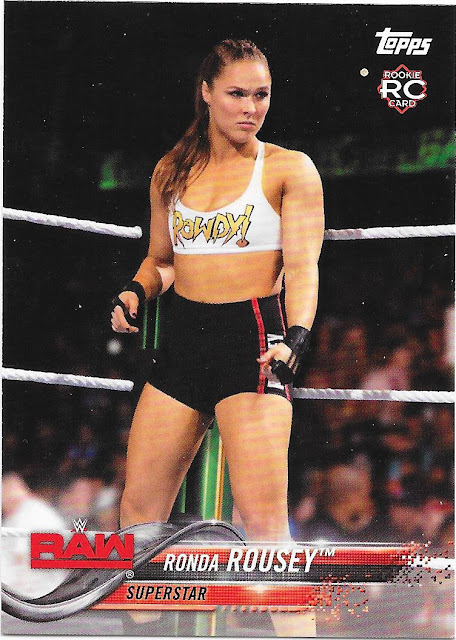 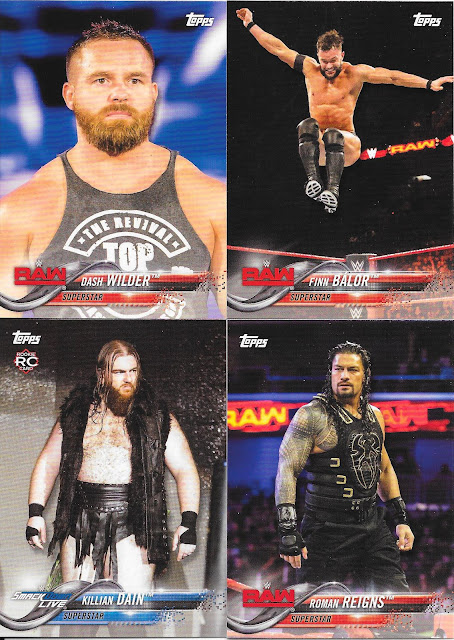 More star power with Balor and Reigns in the rest of the base cards today. 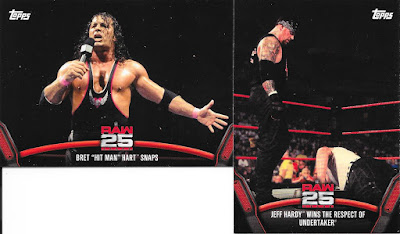 We then finish with a couple more new RAW 25 inserts including an interesting moment when Jeff Hardy went toe to toe against Undertaker. It was a good push and really elevated Jeff at a time when he was still really a tag team and mid card guy.