Is it a Championship or a basement dweller?

First up, it looks like the Leafs are trying hard to work for a Championship. A number of blue line changes with the start of free agency, so the team will look different in that regard. Of all of it - sad to see Kadri leave. He may not have been the marquee player on the team, but was a solid cog in the machine. Can understand the blue line need though. 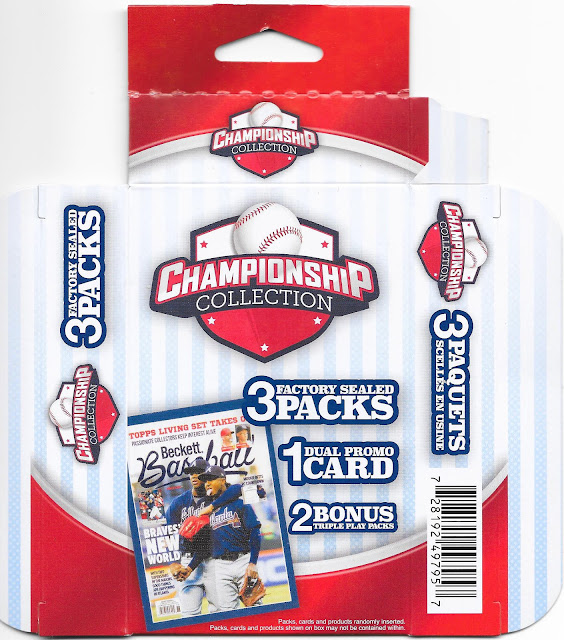 For about $10 Canadian, plus tax, these have been available at Walmart. I figured for $10, I couldn't go too wrong wince you do get exactly what they advertise - 3 packs, plus 2 Triple Play. I appreciate the product for not trying to say 5 packs of cards, and even itself, knowing Triple Play is base enough, we need to separately account for it.

Best case, I may get an unopened pack for the collect, worst case, I get a silly SN Beckett promo card, and some duplicate Triple Play cards.

Just for fun, and to see if this stacks up as meh as I expect against other boxes I have opened, let's try this scoring thing....

Instead of dragging this one out though, let's just go through it all today.

First up, the promo card... 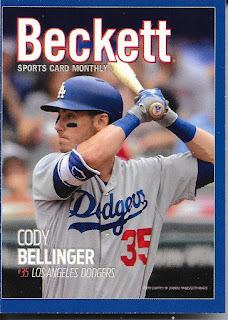 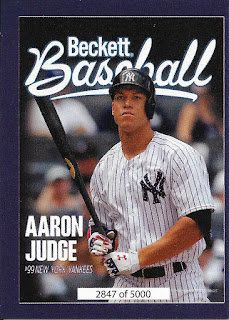 The centering is so bad, I wish it was just completely misprinted and half/half or something. Was going to keep it anyway, may as well have gone into the error binder, but instead here, we just end up with an SN/insert binder card.

Since you get one per box (5 packs, scoring is easy enough).

Oh, but honestly the best part... 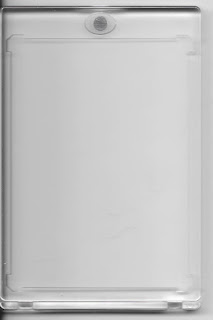 It came in a snap down single card holder. Full marks for doing this and atleast protecting the card instead of throwing it in loosely in a penny sleeve and having it damaged. 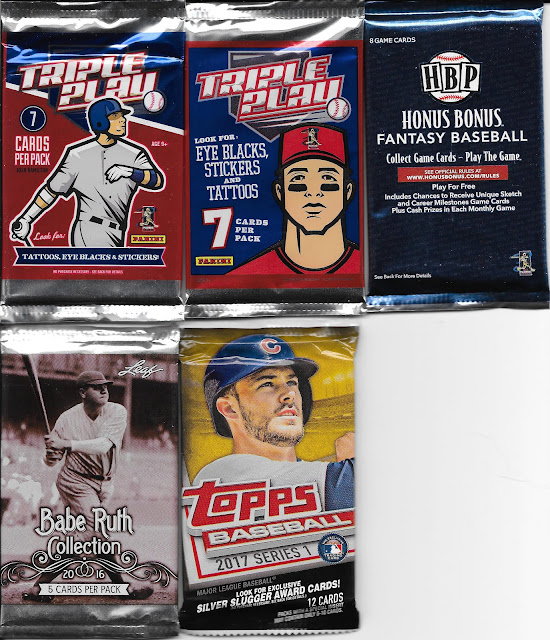 About what I expected. I don't mind the Honus Bonus stuff yet. At least the cards use actual people pictures instead of kid drawings like Triple Play. Also don't mind the Base Ruth set, and one "real" pack with the 2017 Topps Series 1. No adds to the unopened pack collection though unfortunately.

So - let's open from least interesting to most... 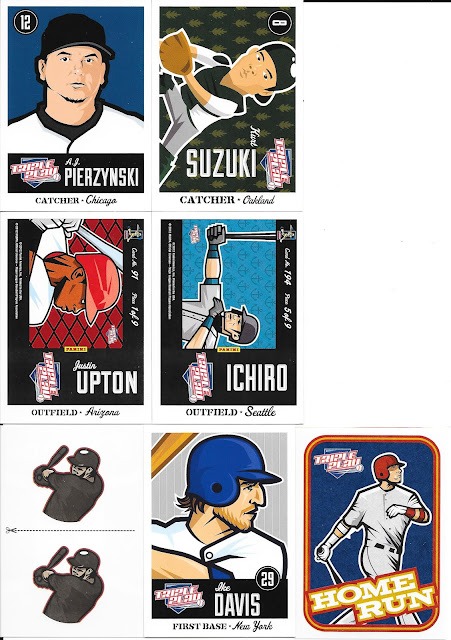 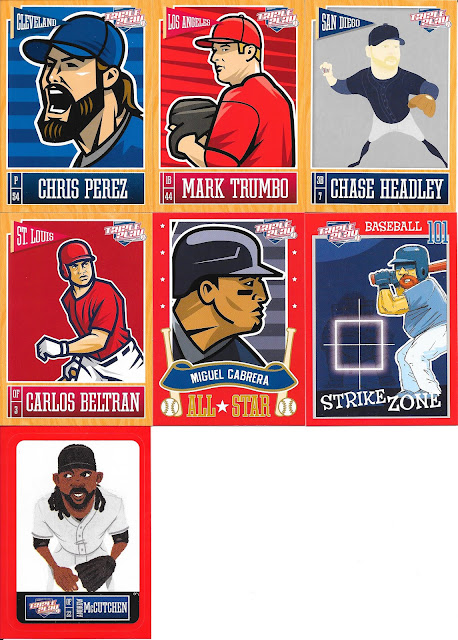 Well, at least these are all new to me. Honestly, for what these are, the one thing I wouldn't totally mind collecting are the All Star insert cards. Simple design, but works with the cartoony pictures. 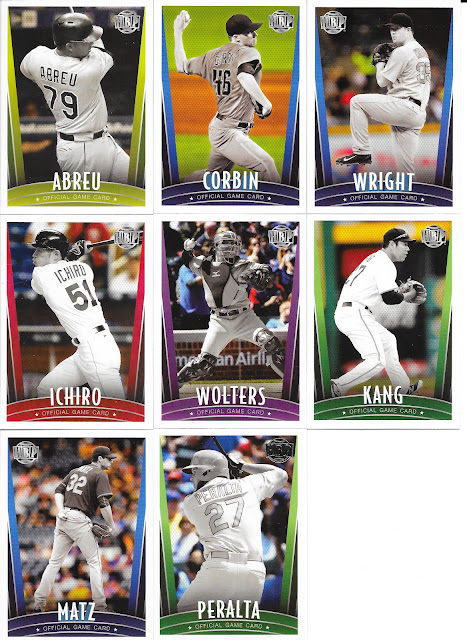 Not a bad pack - though I have to say, 500 cards is a big set for something like this. I get it for the fantasy baseball aspect of trying to have most everyone you would want to or need to pick and play with, but that is a solid size set.

A couple nice cards like Ichiro and Abreu, and all needed - well, all new to me at least. 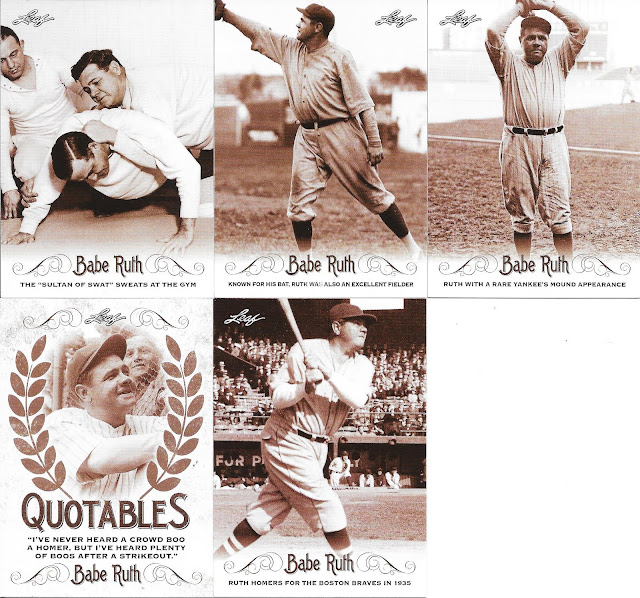 I like the set. At 80 cards, with two 10 card insert sets, all about the Babe, it is a neat little set. The colouring to fit his era works, and the full card picture sans border does well. Some of the subject material might be a bit of a stretch - I get that it is likely due to a lack of licensing. 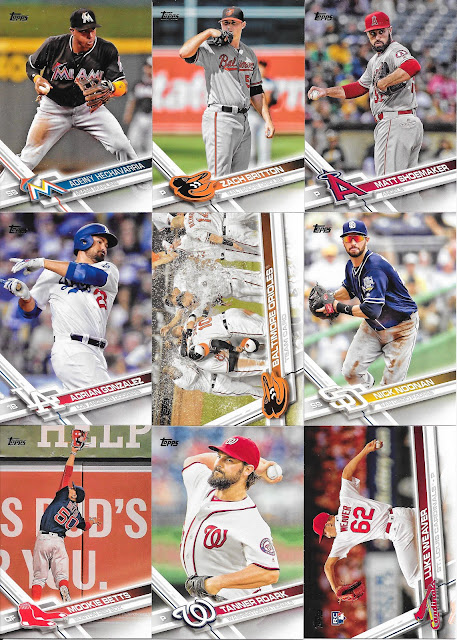 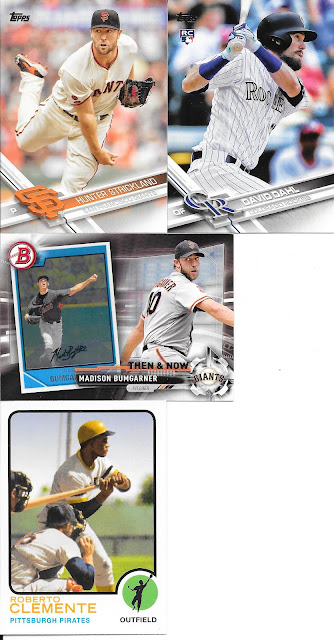 I can't find the odds for the rediscover inserts of which the Clemente is one, but since I really like the card, I'm going to give it a generous 10 - also because I don't think that will save this box anyway.

At least it is all new cards for me - though that as a trend is going to probably mean less when I get to dwindling the collection later this year (though as time goes on, that appears like it may head towards being a 2020 thing).


Wow - it actually beat something. Granted, it was a dupe heavy wrestling blaster, but at least it isn't last - though it was more expensive that that blaster it beat...
Posted by CrazieJoe at 8:00 AM