This has been a fun box t go through. Not sure if I enjoy opening packs better for the surprise factor, or packages like this where, may not be anything as earth shattering, but boy, most everything goes to the collection.

Today's cards start with a few pre-Leafs which are up for trade.

Of the three, Carlo is the only name I recognize. 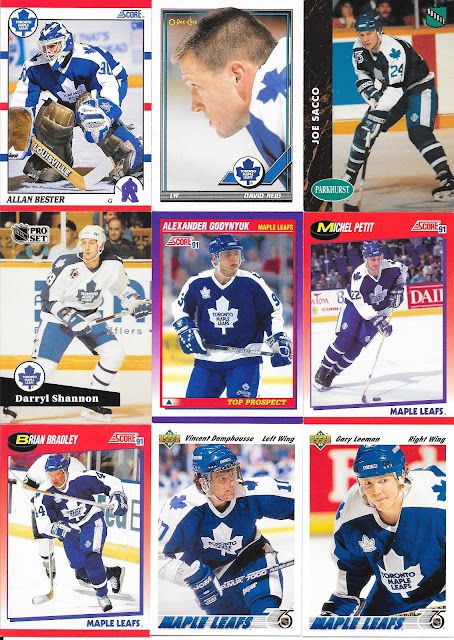 As for the keepers, we start with a bunch of usual suspects from the early 90s. 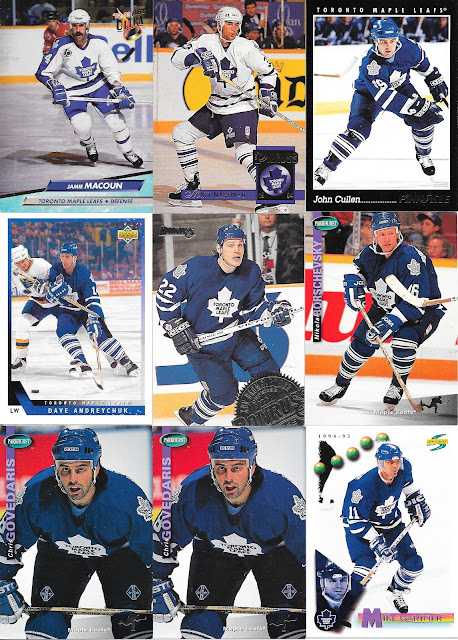 Yes, there are dupes through the package. Not too many, and not a problem. Actually, I think the Govedaris card will win for most in the box (think there have been a couple others already). 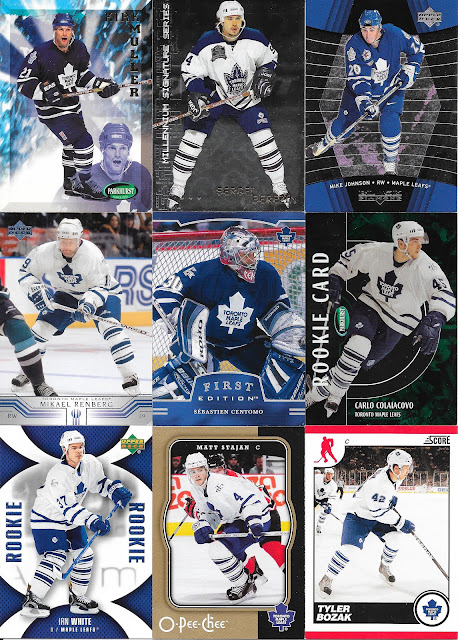 A couple new sets represented here which is awesome - 1999-00 Signature Series Millennium, 2002-03 First Edition, 2002-03 Parkhurst, and 2006-07 Mini Jersey. As for the designs, a bunch of border on some of them, especially the Mini Jersey set which is bottom left - and which doesn't really scream jersey to me at all. 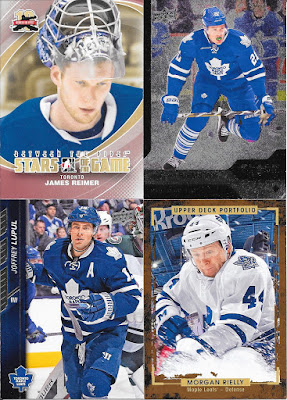 A nice newer and new to me Van Riemsdyk Black Diamond card.

Another great bunch of cards, and one more day worth to go!
Posted by CrazieJoe at 8:00 AM