Yesterday, I started sharing from this nice box trade, and continuing today with a bunch of Leafs. I think there are a few Marlies in the mix (which will be trade bait), but none of those today...

A couple highlights from the start include my first 1990-91 Score Rookie and Traded set card with Peter Ing. I like when the Traded sets mimic, but are not exactly like the base set for the year, here being the yellow (could have been a nice colour), to offset the red.

As much as I lover the Gold Topps parallel of Potvin in the bottom left, the stretch in the middle bottom Upper Deck Potvin is a beautiful picture. 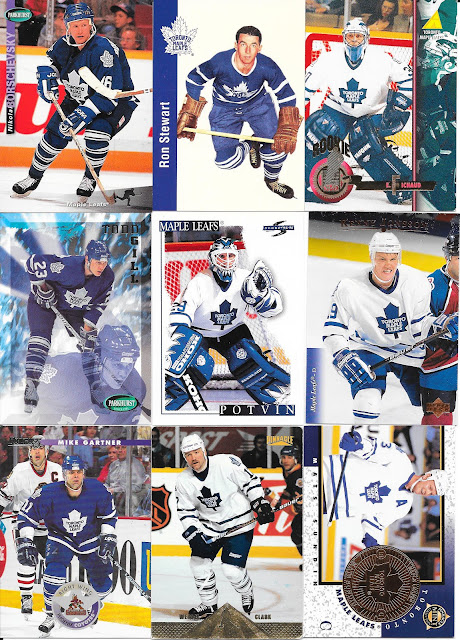 First dupe with a second Nikolai, which is perfectly fine with me!

Some pictures are worth 1,000 words - on that note - love the Kenny Jonsson shot - pure emotion on that face. 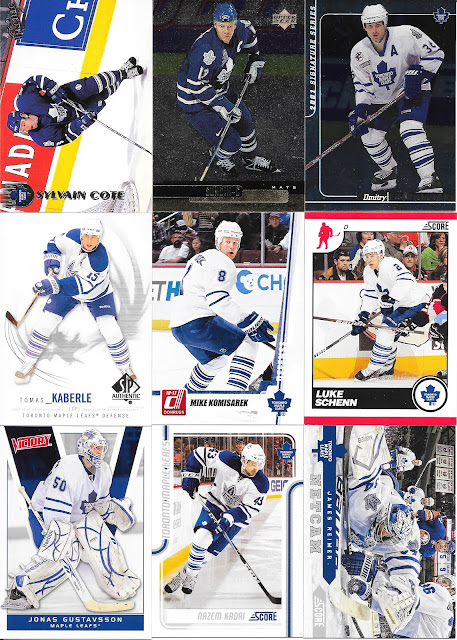 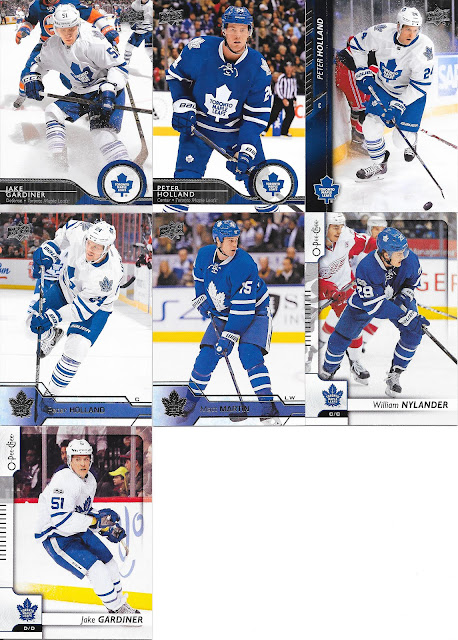 I have been lucky enough to get a number of the base Upper Deck Leafs from the past few years through trades and such in the past year, but the O Pee Chee sets - so extra wonderful to get those.

An awesome bunch of cards here, and a number of days left to share - say 4 more days.