Today, and the next couple days, something slightly different from the pulls from the lot of cards. There are a few "chunks" of basketball sets, and rather than run them over a number of days, let's take a look at some of the cards from each set each day for a few.

Today, by name, obviously we are looking at 1991-92 Fleer basketball, and a bunch which consists of 150 cards, though I won't be scanning and showing them all here. 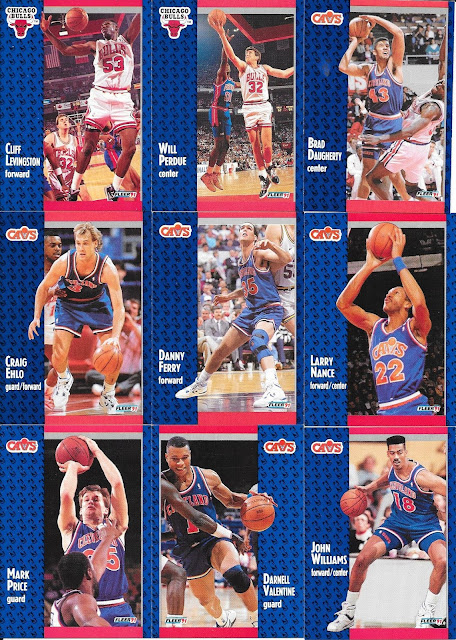 Though I didn't collect basketball, since I was into card collecting when this came out, I do remember seeing a fair bit of it around, especially because one of my friends was collecting basketball cards at the time.
I don't mind the design of the front, but I like the backs better. 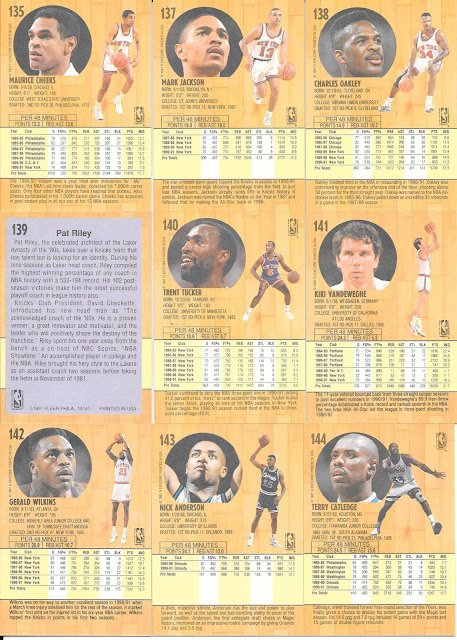 Given the basketball theme, any use of hardwood, or the look of a basketball itself works for me with these. 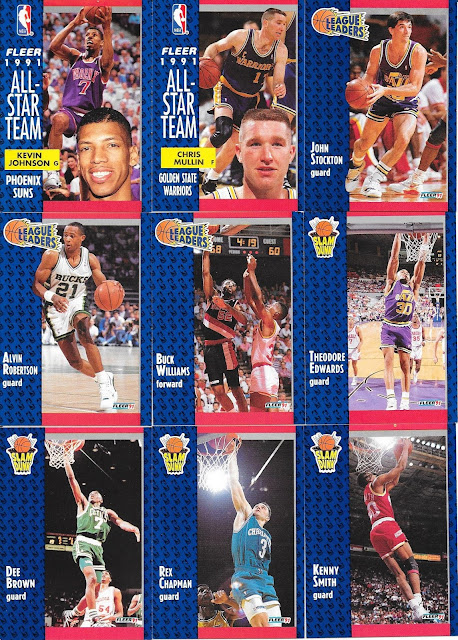 The subsets in the base keep the main design as you can see here and just add a little something to it.

Was this set a big deal to you at the time? If you collect basketball, was this one you care or cared about at all? I still prefer the Skybox designs from the time, but this one from Fleer is alright. 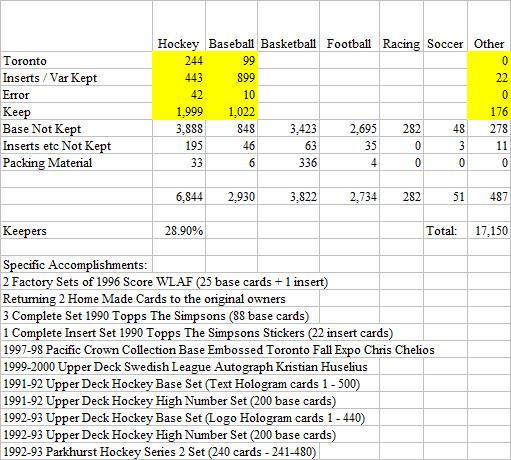 To end with something a little more personally useful, I received a PWE trade from Sticks G at TCDB, who also has a Youtube channel here, so you can check that out. It started as an offer of a Flair for a Flair card, but since that would have an envelope going each way, we were able to fill it up a bit more. 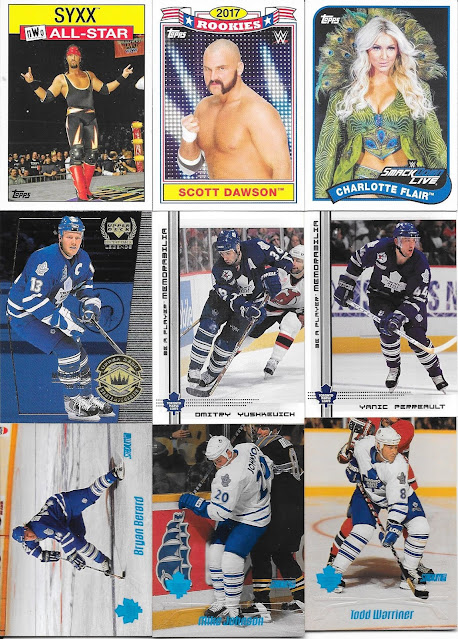 That Flair card with the 1989 Topps design is great. Maybe it's just the slightly thicker card stock than the original 1989 baseball cards, but I like these cards better than the original (sorry 1989).
The cool inserts with Syxx and Dawson are also nice. Glad to see Dawson and others being obviously happier wrestling in AEW these days. I will always be an AEW guy first, but like the 90s with WCW, I have no problem watching "the competition" and AEW is doing a great job with stacking guys I still care about seeing, on their roster like CM Punk, Chris Jericho, Bryan Danielson, Cody Rhodes, Adam Cole (Bay Bay!), Jon Moxley, while also starring others I haven't been able to see much of before like Kenny Omega and Colt Cabana and adding younger stars like Jungle Boy and Sammy Guevara.
Appreciate the new Mats card, and my first 1999-2000 Stadium Club Leaf cards too.
Many thanks for the trade!
Posted by CrazieJoe at 8:00 AM