So, in 1992, Pinnacle had an insert set called Team 2000 which pulled together 80 cards of stars which I gather were to be the stars of the turn of the millennium. As is usually the case with such forward looking sets, sometimes they get it right, and sometimes not so much, but either way - we got a bunch of good additions here. 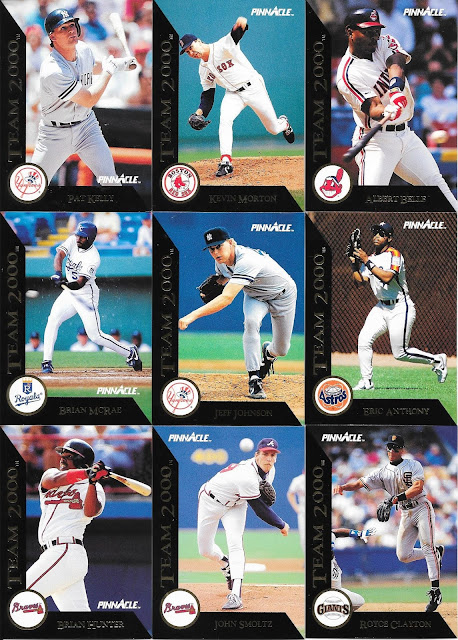 Definitely some stars here like Albert Belle and John Smoltz. 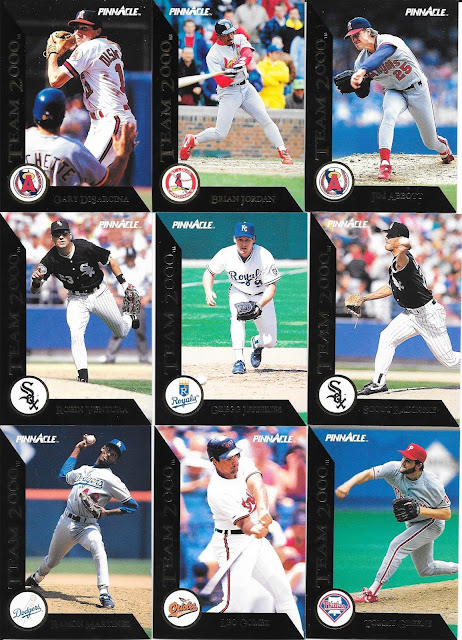 The design is a nice play off the Pinnacle base set, and the foil lettering on the front is nice in hand, though scans dark as usual. 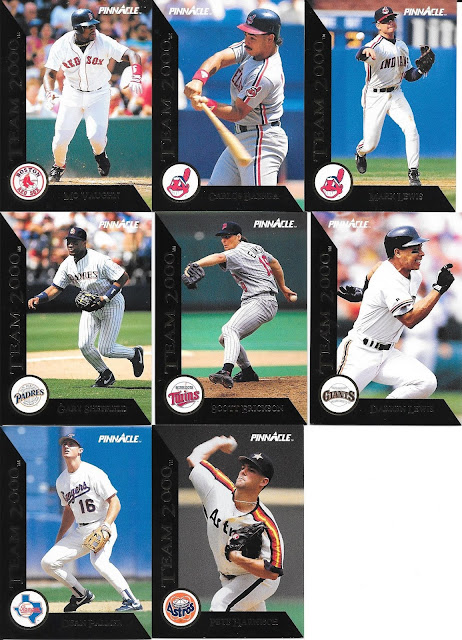 Definitely a nice bunch and these all go with the handful I already have which get me closing in on half the 80 card insert set.
There were some dupes, so let's look at the backs. 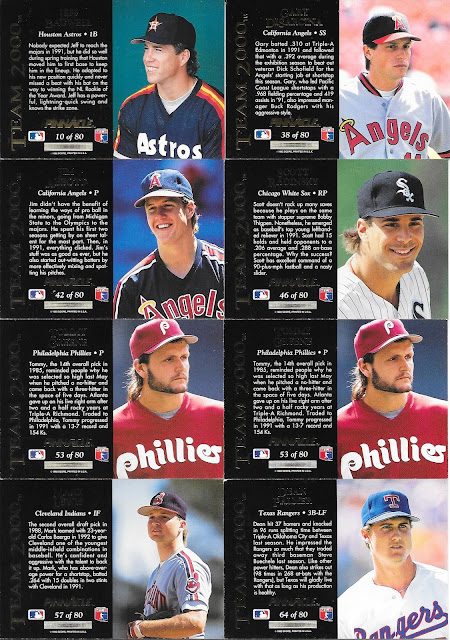 With it being an insert set about the year 2000, these are obviously less about stats and more about ability and expectations for the future. A second pic is nice too, so to me, these work well as an insert set. 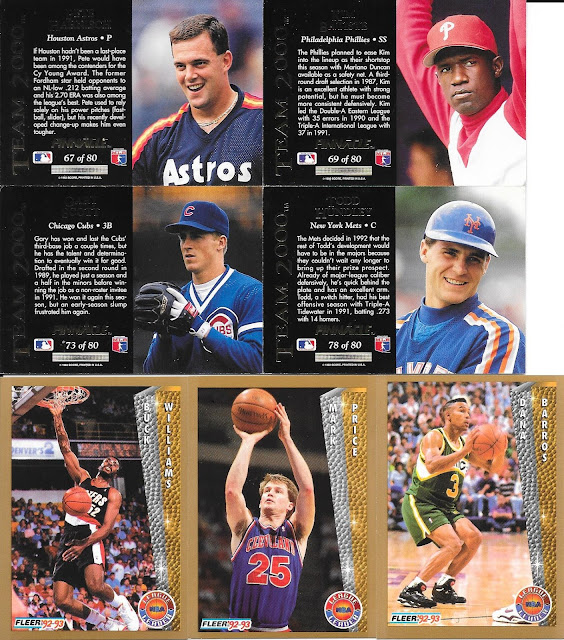 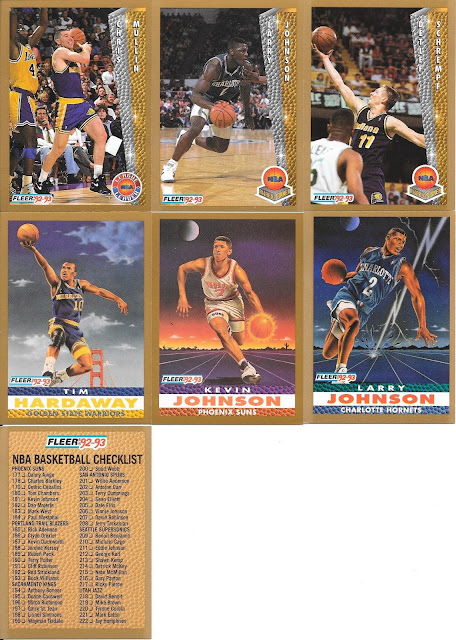 A dribble of 1992-93 Fleer basketball, but best of all - we do get a couple Jays cards from the Pinnacle insert set... 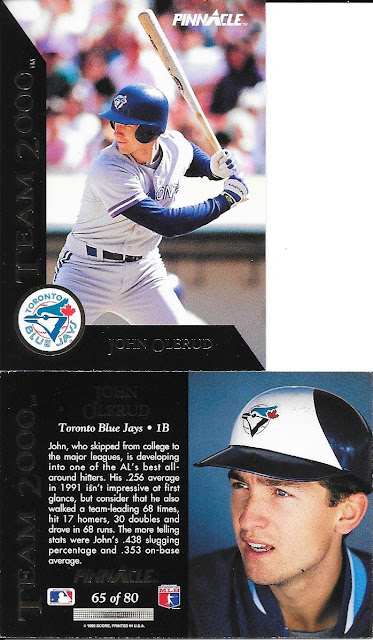 John looks so young, and funny it highlights his low-ish batting average given he flirts with .400 not long after.

Very cool insert set, and happy to have so much more of it now in hand. 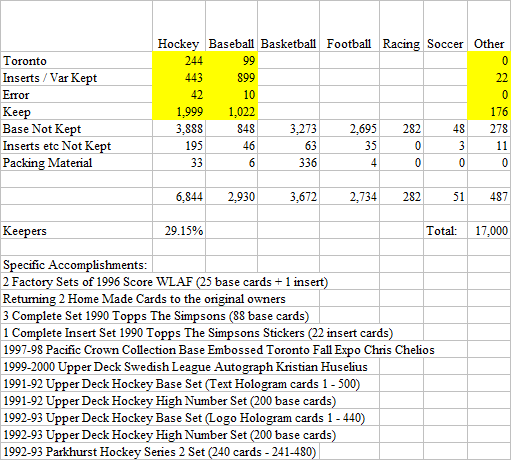 Let's go to another 15 card pack from www.baseballcardstore.ca before we go. 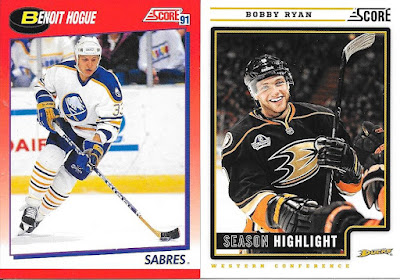 A couple set additions and yes, I am still slowly working on the 1991-92 Score Canadian Bilingual set. 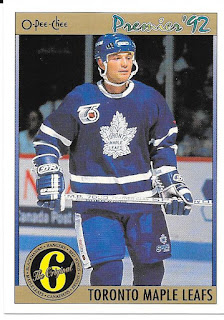 If you compare the sets represented, similar to the last pack, but that's not a problem as they are some solid quality sets and solid inserts here. 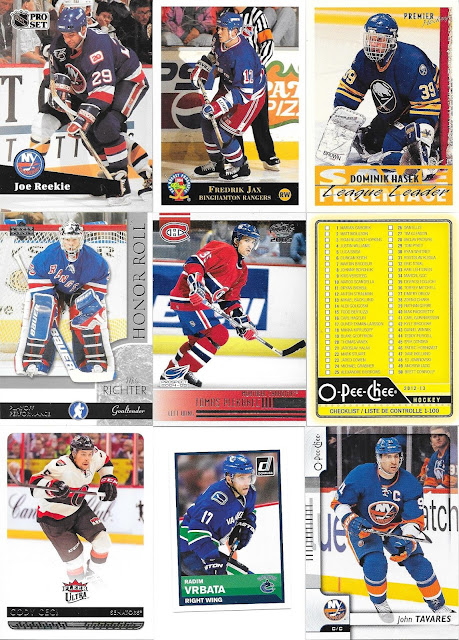 Nice ending with a Tavares - too bad it is pre-Leaf.
Posted by CrazieJoe at 8:00 AM