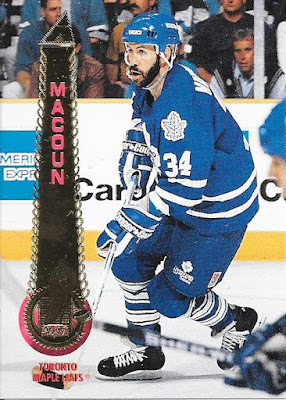 As a kid, you are not always aware of everything. For example, at the time, I always thought Macoun coming Toronto was probably a big deal for him. I mean, who wants to play in Calgary when you can play in Toronto?

Yeah - I was very much Toronto biased as a kid, and I like to think that has changed somewhat.

For some, playing in Toronto would be the pinnacle of their career, but probably not necessarily for Jamie. I mean, he had a solid run in Toronto, but it's not the same as his time, and success in Calgary. 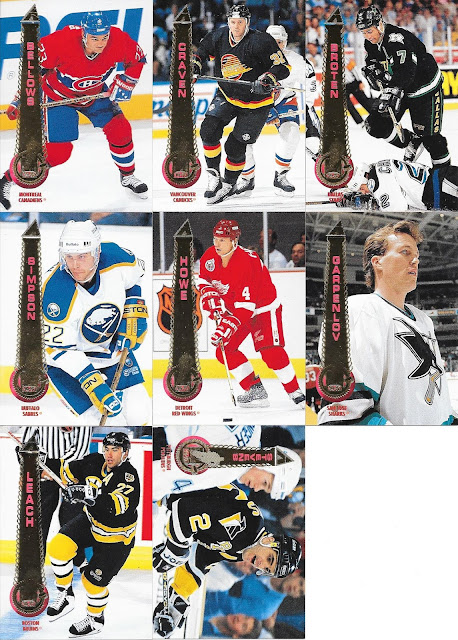 Beyond Macoun, nothing for me to keep here, and then we get.... 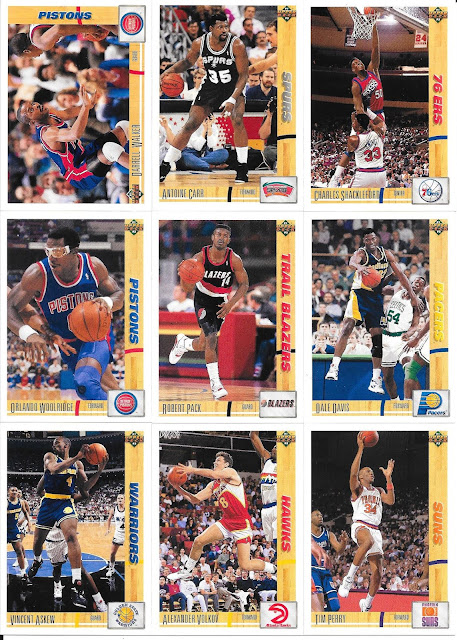 enough of the basketball set to say, I think there was a complete set at one point which has been cherry picked through. Too much of it has come up to tell me otherwise. 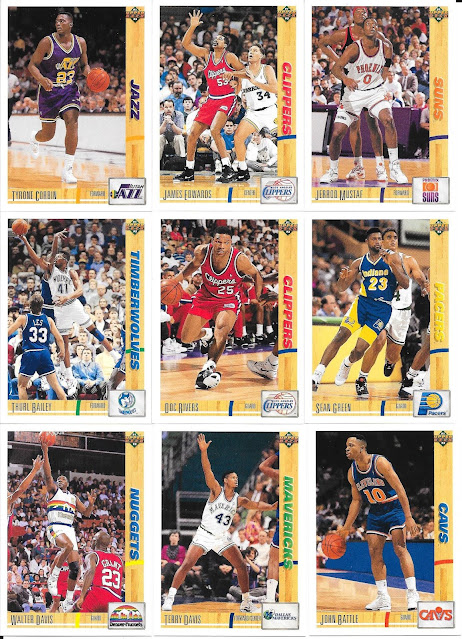 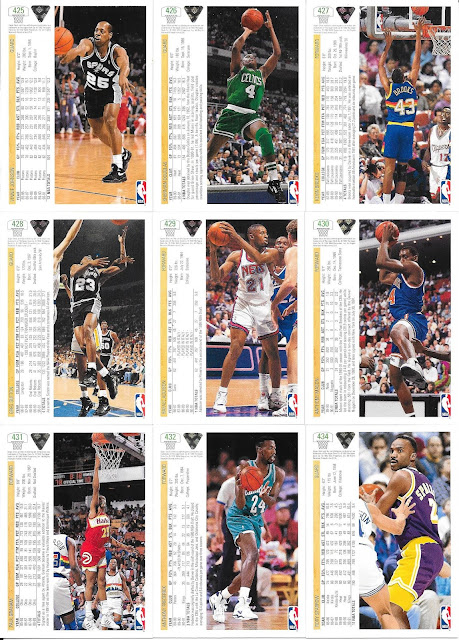 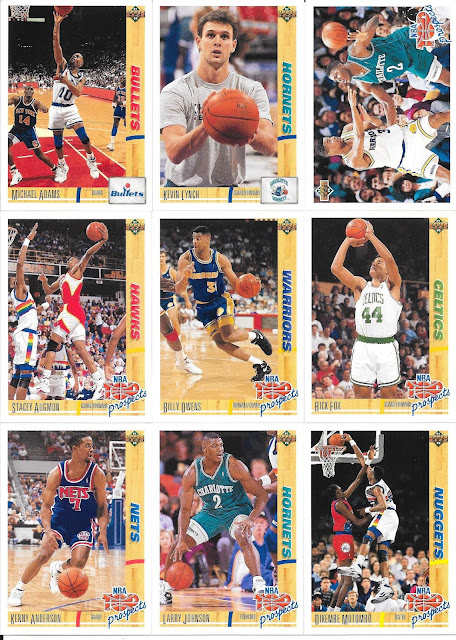 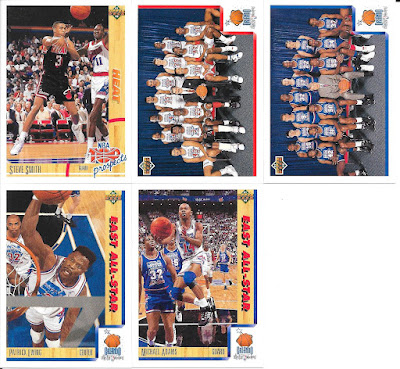 Well, at least not all the subset all star cards have been pulled. Same is true of the top prospect cards, so still some solid winners in here. 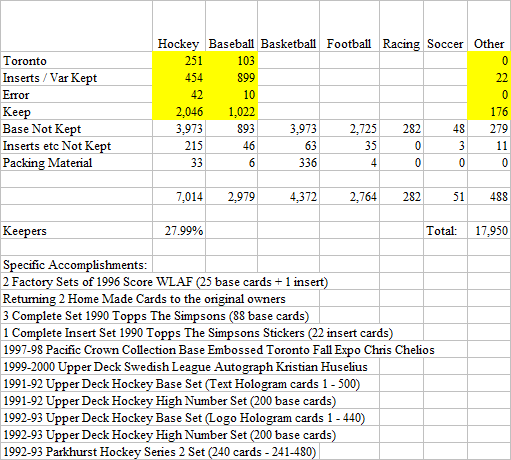 Another 15 from www.baseballcardstore.ca today...still have a good handful plus of these to go. 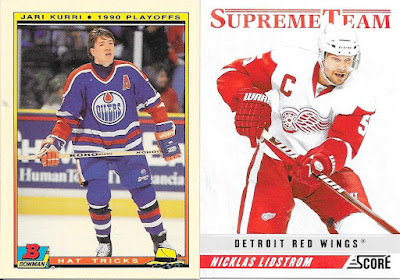 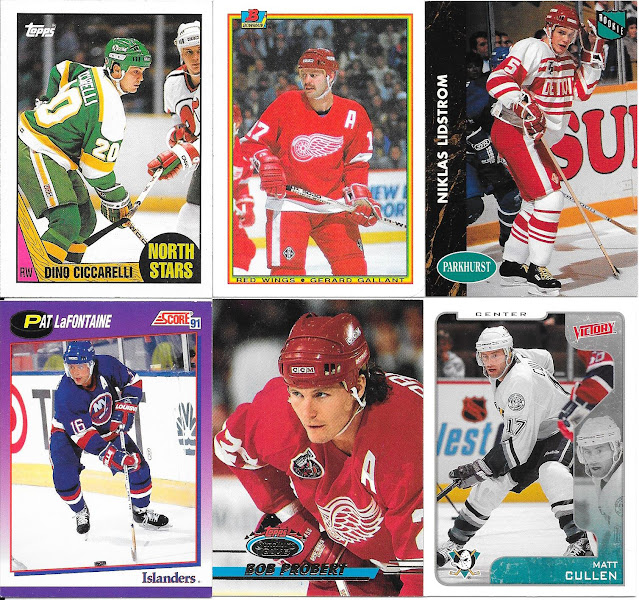 I think 1987-88 Topps is now the earliest set I have pulled from these packs, so that's really neat. 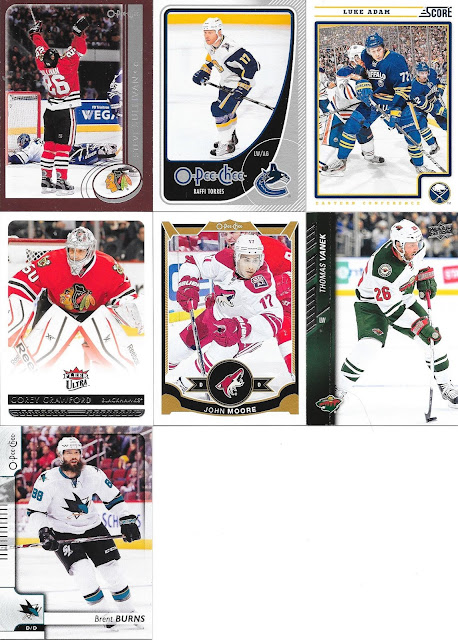 Just luck that the base cards, like Luke Adam, just ended up being cards I already have. Oh well, still a fine repack for the price.
Posted by CrazieJoe at 8:00 AM