A Thirst For Parkhurst

Todays pick from the lot is a great bunch for adding to one of my backburner sets - 1991-92 Parkhurst hockey. 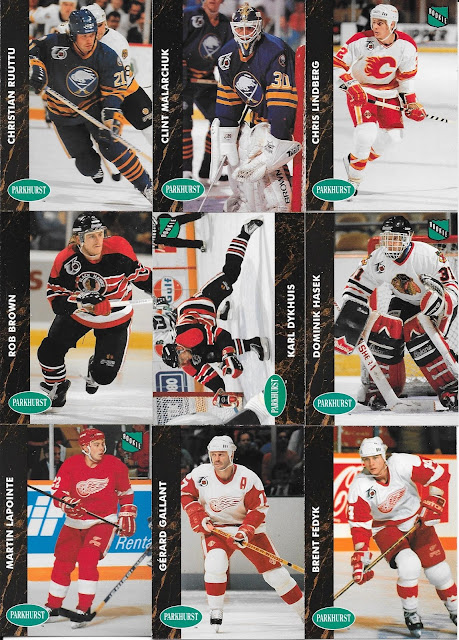 As you can see, happens to be essentially a string of cards in card order, with the cards being together by team, and we have some Sabres, Flames, Blackhawks, and Wings accordingly. 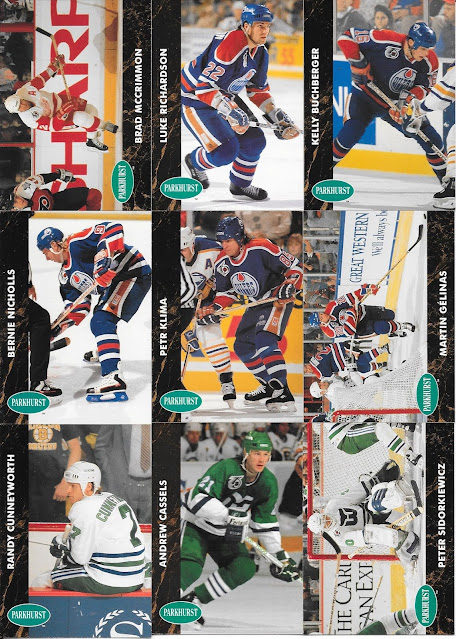 Honestly, I still get confused when looking at these cards as to which year they are from. The design is very similar to the following year, and the second series of the 1991-92 Parkhurst set here, shows 1991-92 stats on the back (which you can see further below). The colouring of the design on the front is different between the two years - this one being more brown, the next being more green, but that's about it. 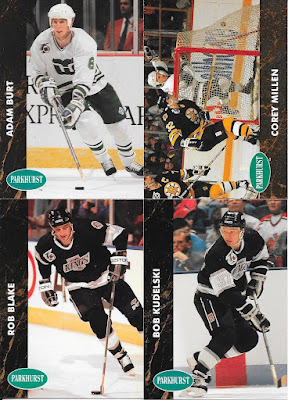 Good news is, this is definitely a set I could see being complete throughout the lot, just separated in dribs and drabs. WIll have to see, but fingers crossed.
SInce obviously I am well on my way with the set, some dupes... 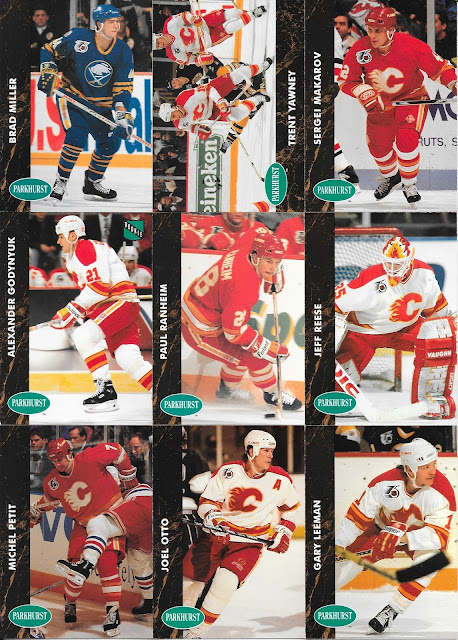 Joel Otto always reminds me of Otto from the Simpsons as those were the only two Otto's I knew as a kid. 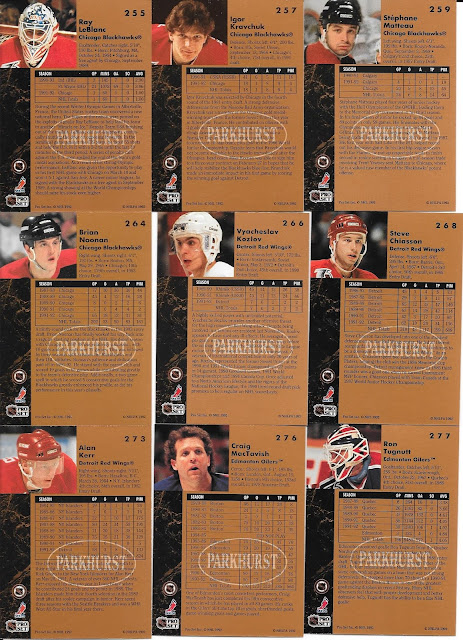 The backs - a bit harder to read on the scan given the darker colour of the background, but fine in hand. Plenty of room for the write up and stats - though may be slightly better if the left dark strip which matches the front was removed, and the logos spread out across the bottom, extending the stats and write ups across the carda. 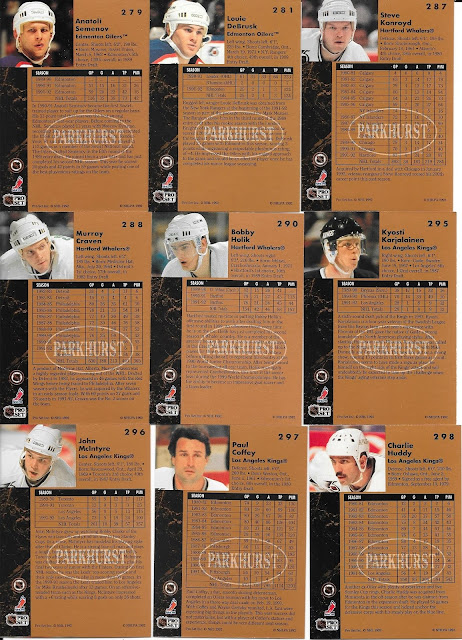 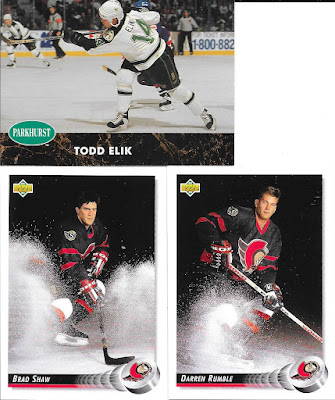 I guess they couldn't all be Parkies - a couple first year (returning) Sens cards to end from Upper Deck, with the photoshoot look. 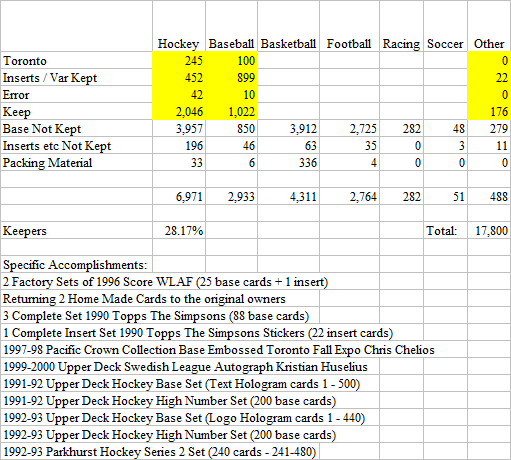