This is a perfect mix of cards from the lot today - even if there isn't a ton to keep, so let's start with those cards that will not be fitting into my collection. 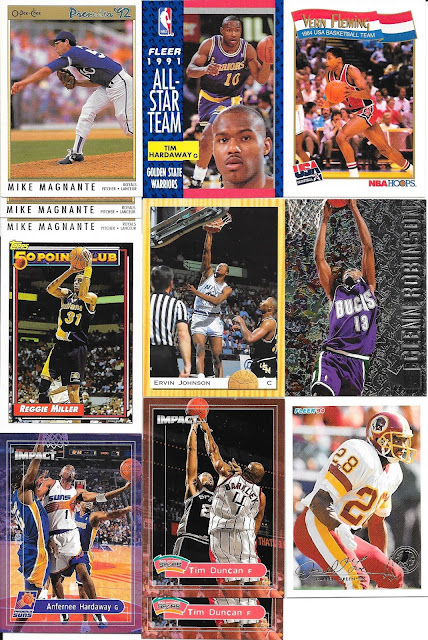 Basketball from all over the 90s. Hadn't seen the Impact set with Duncan before, and the dabbling from earlier sets is pretty cool. 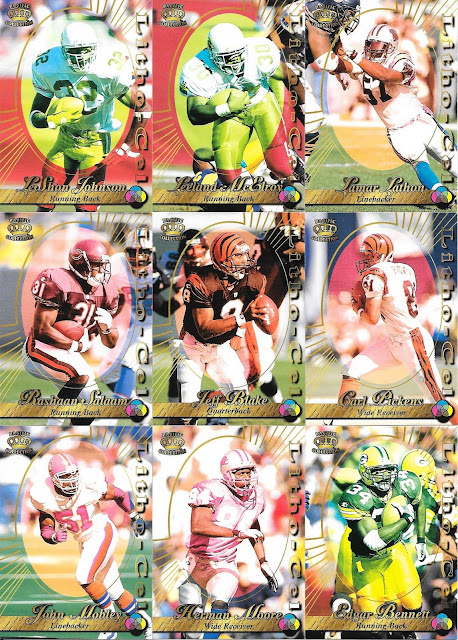 Thought these might be an insert set or something, but apparently this actually was a stand alone set which screams 90s. Litho-Cel...I guess supposed to refer to the miscolouration in the circle in the centre. 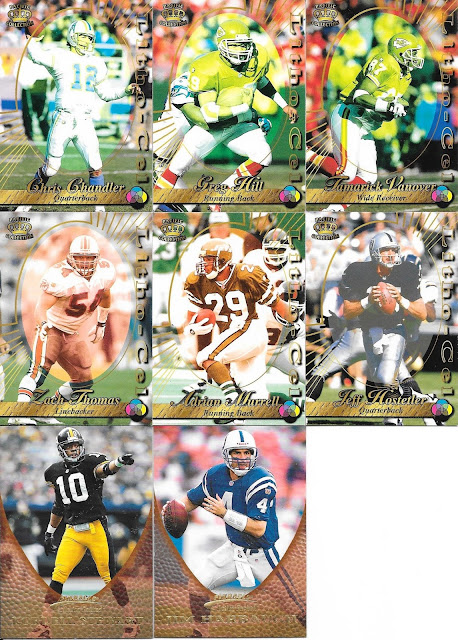 It is different....and the Action Packed cards are the first I have seen from football as well, though solid players on them which is cool. 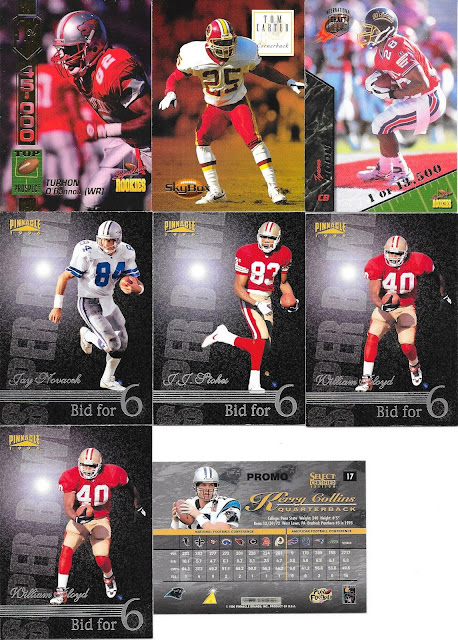 A could print run numbered cards from sets we have seen, some inserts and a couple promo cards including the Tom Carter and the Collins which at least is nice enough to print "PROMO" across the back. Very cool.
More keepers though than there have been the last little bit... 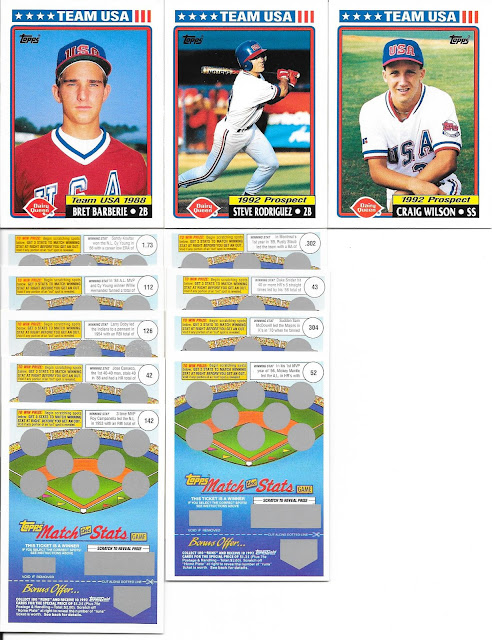 Dairy Queen cards circa 1992 - a neat find, even if the names are the superstars from the set. As for the game cards - technically inserts and could be used to redeem based on how many runs you go for the Topps Gold cards from 1992. Apparently there are 99 different cards, so I am almost 10$ of the way there on the set! 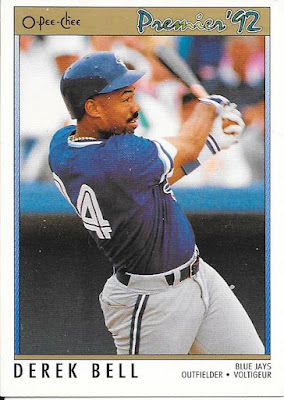 At least I got to pull a Jay today. This is my third copy, so not one of the overly represented cards in my Jays collection, but it could be given it's a card from 1992. 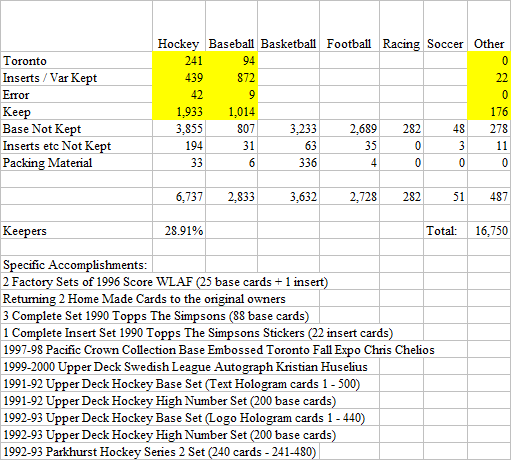 Let's end today with a small PWE I received from TCDB member NR78 down in Florida. 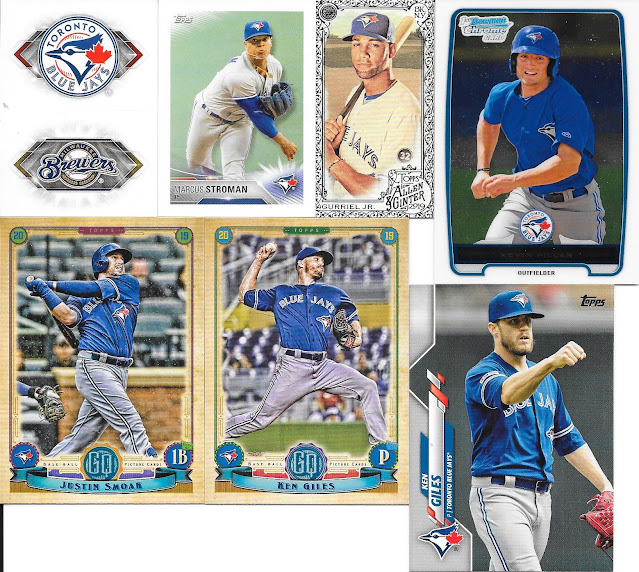 Short and sweet here, a number of cards from the last decade or so. I am not overly enthused about mini cards. I mean, they can be done well, but they are just a bit too tiny, I just don't love having to deal with them or other cards that are quite different from the standard card size. I will still do it though, but just for my Jays - I don't ever expect to want to collect a mini-set of any kind.
A big thanks for the Jays additions to NR78!
Posted by CrazieJoe at 8:00 AM