A solid day as far as the lot of cards to go through is concerned as I get to continue the collecting of 1998-99 Finest hockey. 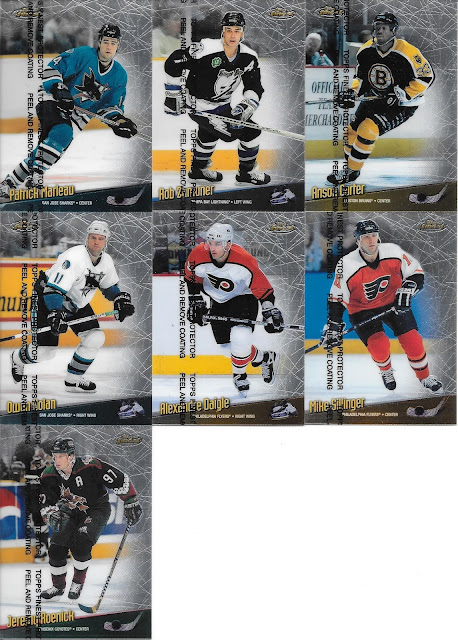 Almost half way there now on the 150 card base set. Roenick would be my fave of the bunch.
Plenty more hockey, but nothing more for my collection... 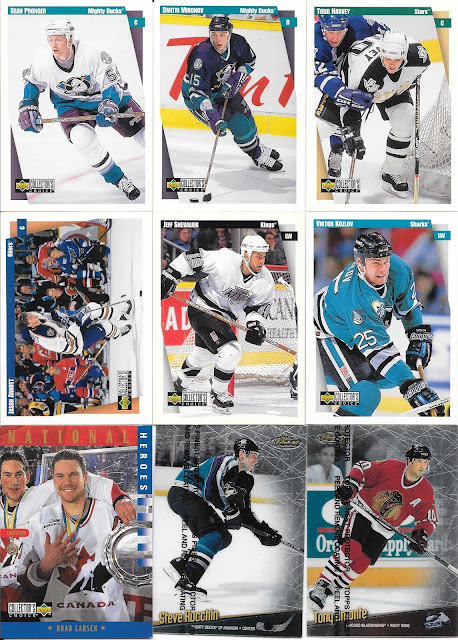 Some Collector's Choice which is standard fare for the lot and... 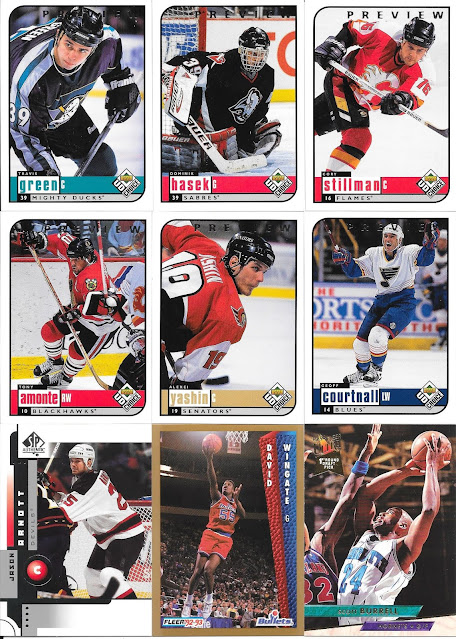 I had to look up these Preview cards. I thought they may be like a promo or parallel set, but looking into it, they were a pre-release, had their own packs, but were a preview of the actually released set for Collector's Choice that year.
Still debating whether to keep these as parallels, even though they were released separately, or to have them treated as a "set" and not bother.
I'll have to think about that, but until then...let's look at some basketball and football cards which we have seen before, or at least, sets we have seen before. 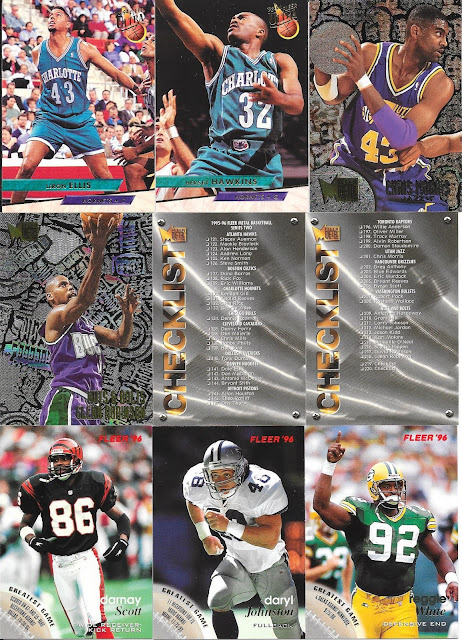 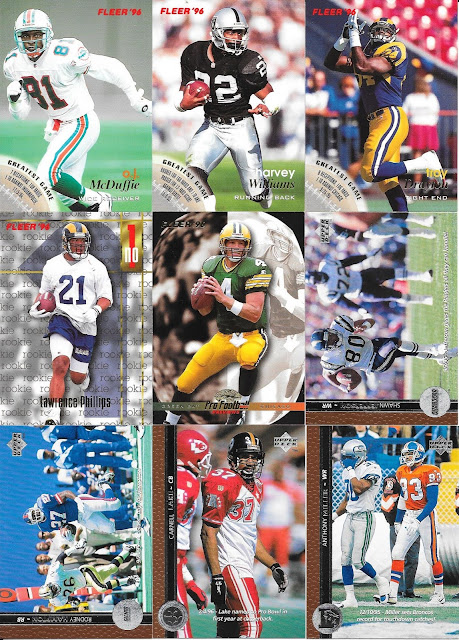 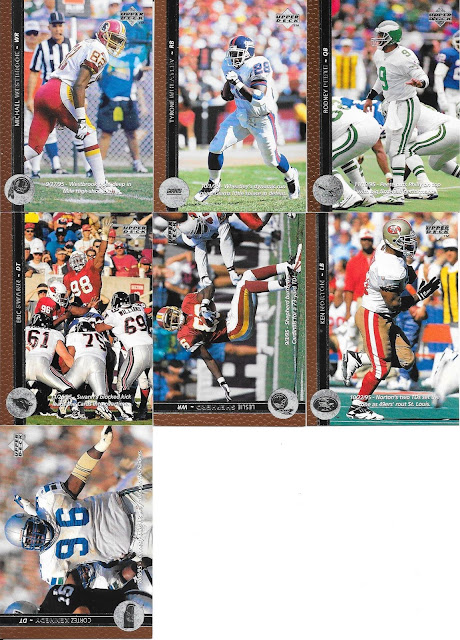 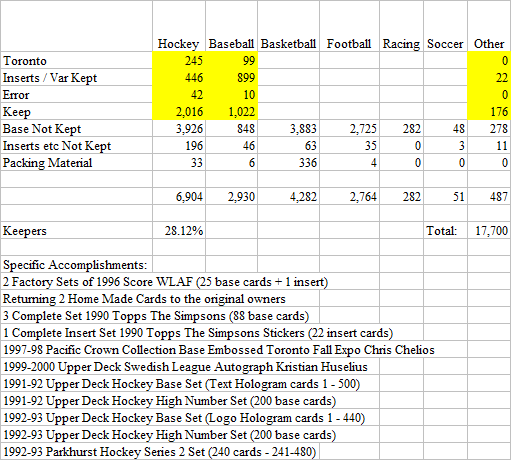