Not going to complain when most of the cards coming out of the lot are hockey as I am bound to get something good. 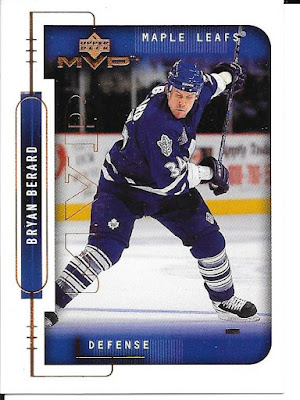 A new Leaf card definitely fits that as I didn't have this 1999-2000 Upper Deck MVP Berard card before. Definitely seen the design plenty as the Euro set from the same year which has come up in the lot plenty, had the same design. 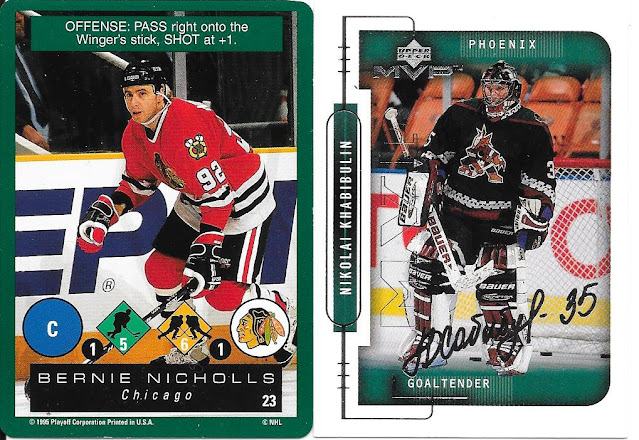 A couple more nice additions with another One on One Challenge card, and a nice silver signature parallel from the MVP set mentioned. Always appreciate when players incorporate their number into their signature, a nice added touch.
As for the rest... 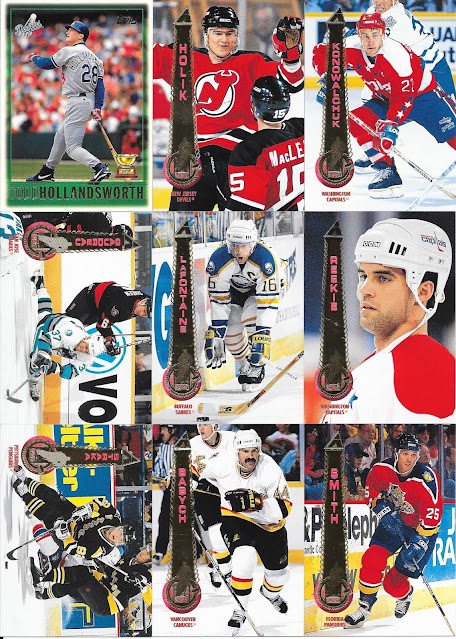 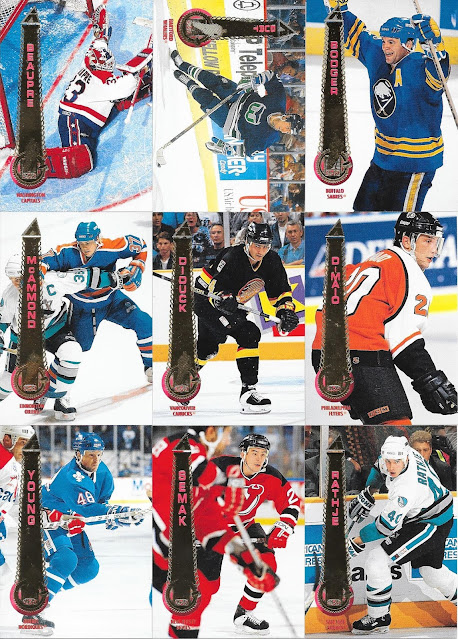 Adding to the Pinnacle cards here, but no matter what the card, that Beaupre photo is fantastic! 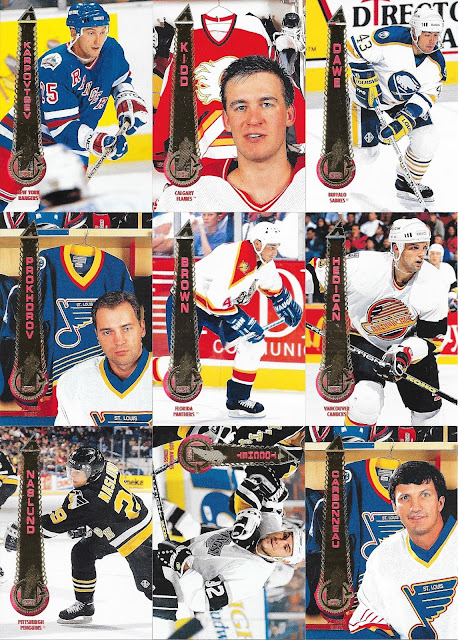 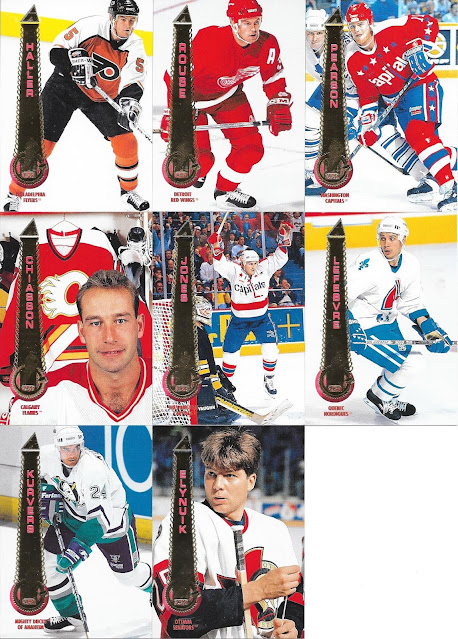 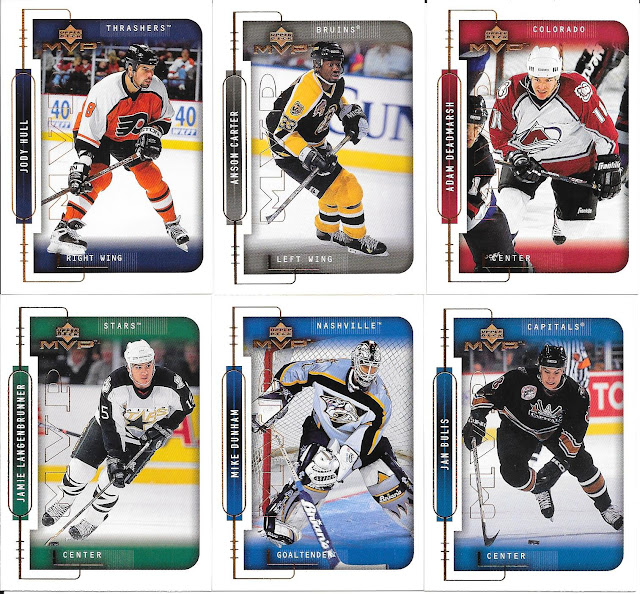 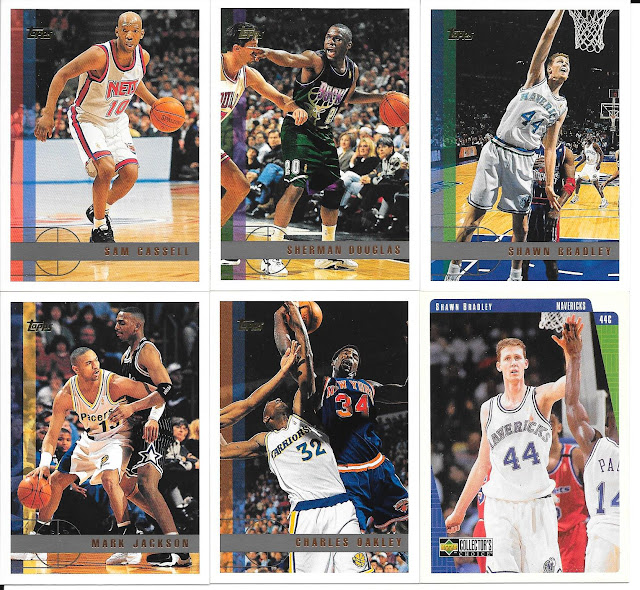 Touched on the basketball yesterday and that there were 10 cards MIA, well, here we get two of them to be down to 8 MIA on the 110 card set. Still expect no Shaq, Pippen, Barkley, Ewing, etc, but not bad. 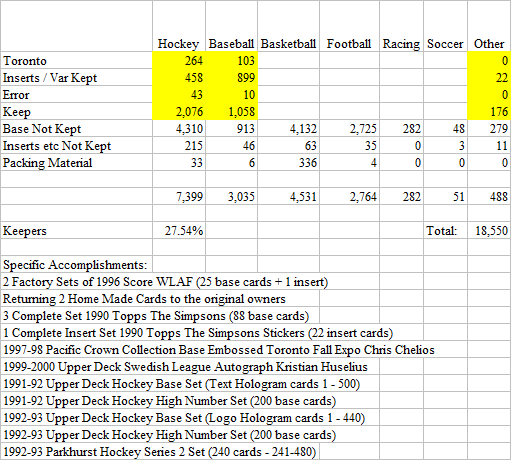 Keeping with the hockey heavy theme, here is one of a number of PWE trades I have on the go, but this one of course has come in while others are on their way. 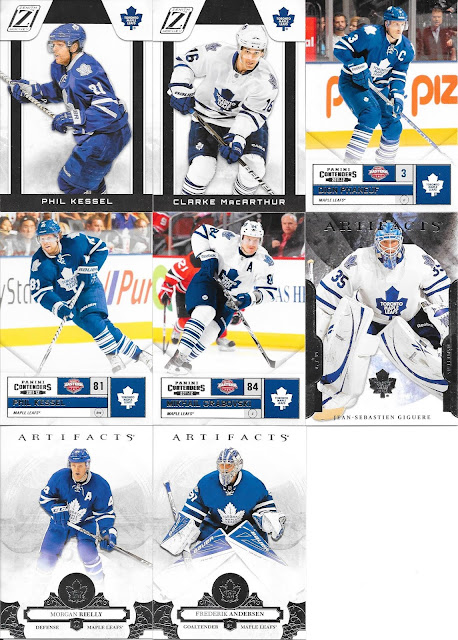 TCDB member blargh, who is a fellow Ontarian, made an offer and sent these along. I am not a fan of the Contenders sets at all, but will of course collect the Leafs. These actually help to complete the pure base (not including the SN cards) of 2017-18 Upper Deck Artifacts with the last two Leafs here (okay, there's only 3 all together anyway).
Definitely a bunch of cards I would likely not have found myself out in the wild.
Many thanks!
Posted by CrazieJoe at 8:00 AM