A Change of Clothes

Well, may not collect the set, but still MUCH better than 7th Inning Sketch cards from yesterday. 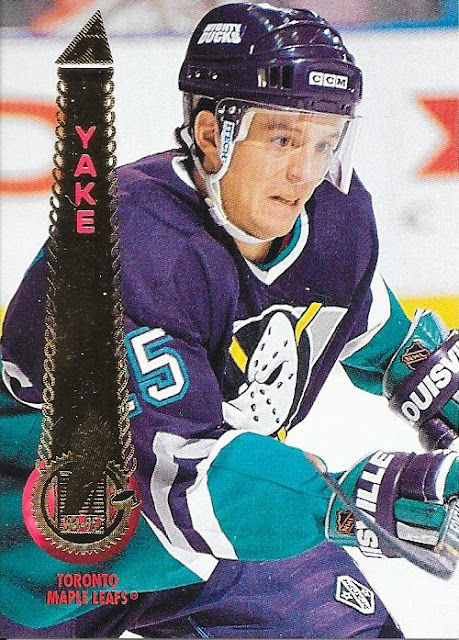 1994-95 Pinnacle hockey provides a front design that screams "use the foil!". I will say, getting this card, which is a new addition, is a nice pick up as it is one I would miss at a glance in a dime box. It does say Toronto for the team, and the Leaf logo is on the back, but given it's obviously from his time in Anaheim, it wouldn't necessarily be something I'd focus on enough to pick out.
I will say, thank goodness they didn't try to airbrush a Leaf jersey on him! 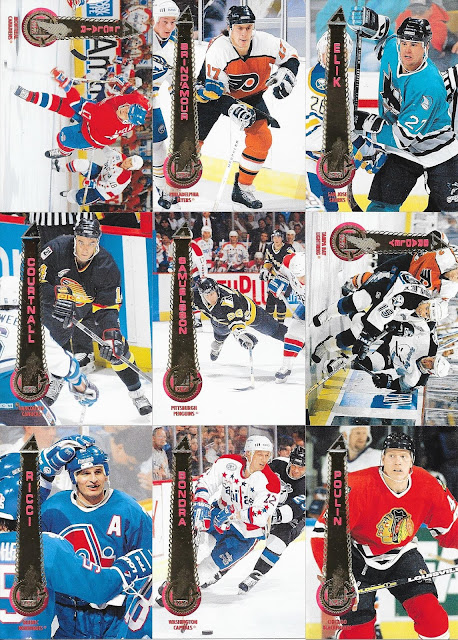 Nice to see LeClair and Brind'Amour side by side...even before they were teammates.
Also always like seeing Bondra - great player, even if for a shorter period of time all things considered. 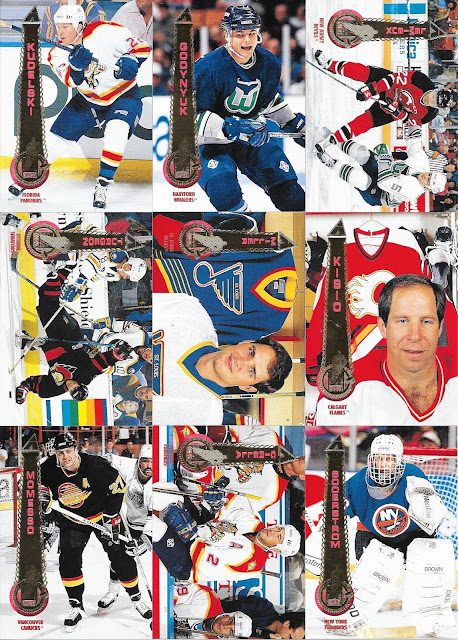 Not really a fan of the faux backgrounds like on the Poulin card, especially when you have nice action shots and on ice photos like Soderstrom. 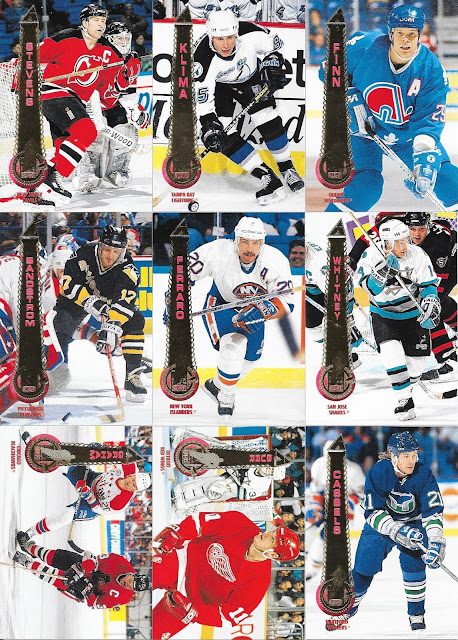 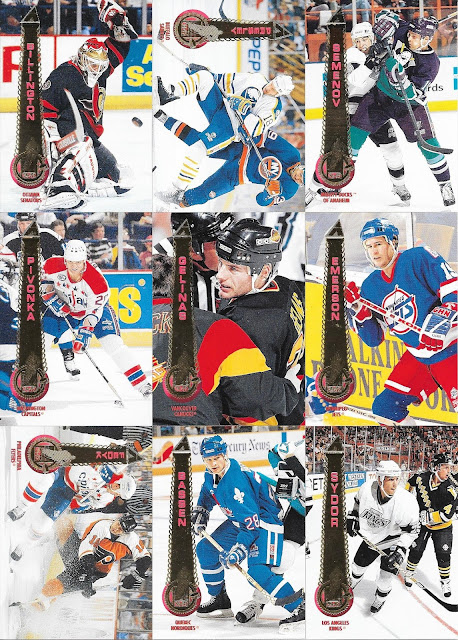 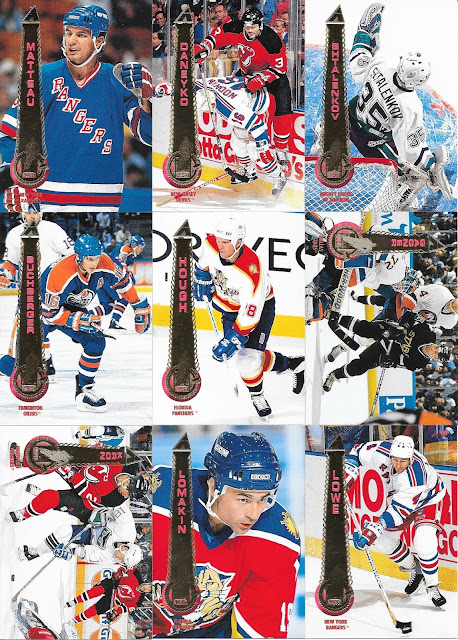 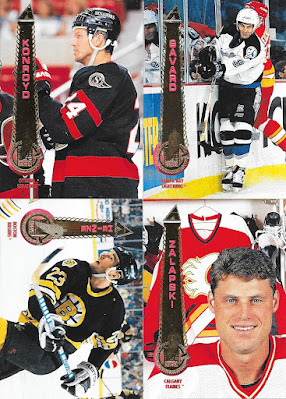 Not my favourite of sets, and the foiling fronts are excessive, but I am one Leaf stronger for the bunch! 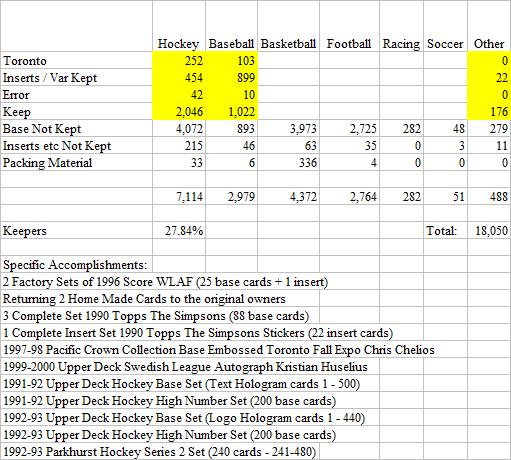 Before going for today, I had a nice package of 45 or so cards come across from www.baseballcardstore.ca, a mixture of Jays, Leafs and a couple error cards, but let's take a look. 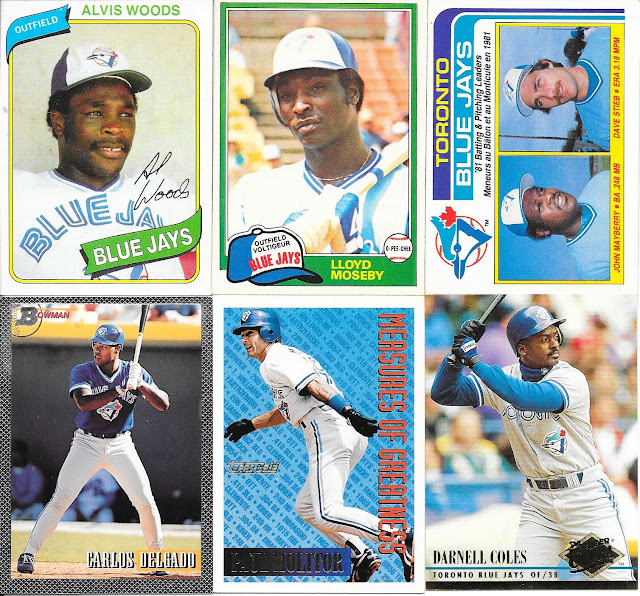 There are still a good number of base card Jays from the 1980s that I can use, and a couple are included here. I really like the 1982 O Pee Chee leaders card. A bit of flash across the bottom row too with a 1993 Bowman foil card (subset in the base set), ToppsGold and Ultra which liked to use the gold foil. 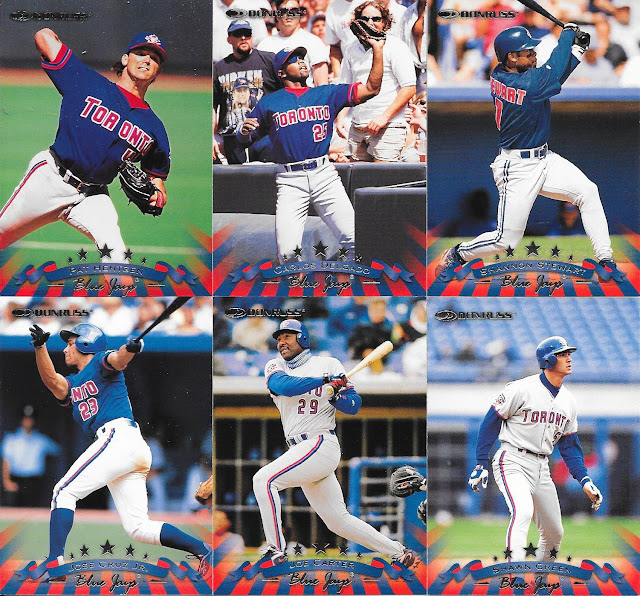 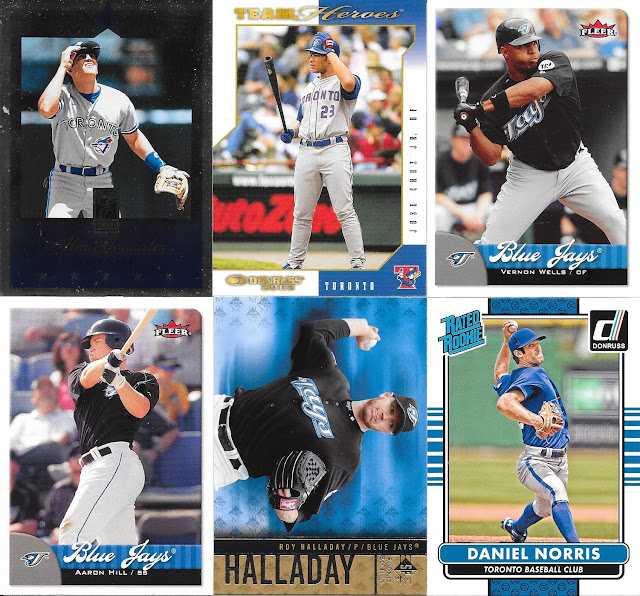 Half a dozen more. Daniel Norris is an interesting one as I think he is the most often rookie/prospect Jays card I remember from the first half of the 2010s. There were a couple other ones which came up during the second half of the decade.
This card has me a bit confused... 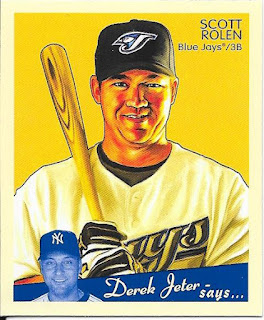 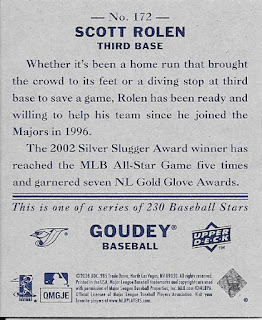 This looks like the black mini version from the 2008 Goudey set, but then it should be SN to 34. I must be missing something...or maybe the card is.
Speaking of possible errors, here are a couple real ones... 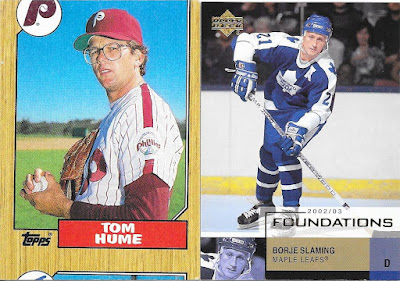 A nicely miscut 1987 Topps card, and apparently Borje is "Slaming" according to his card.
As for the Leafs cards... 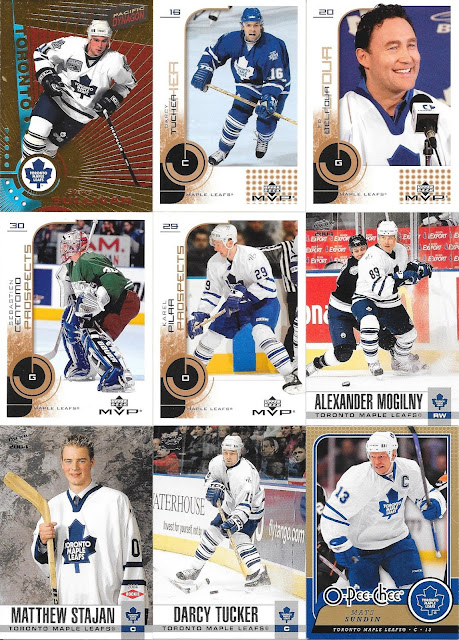 I am almost done with the team set for 2002-03 Upper Deck MVP with these nice additions. 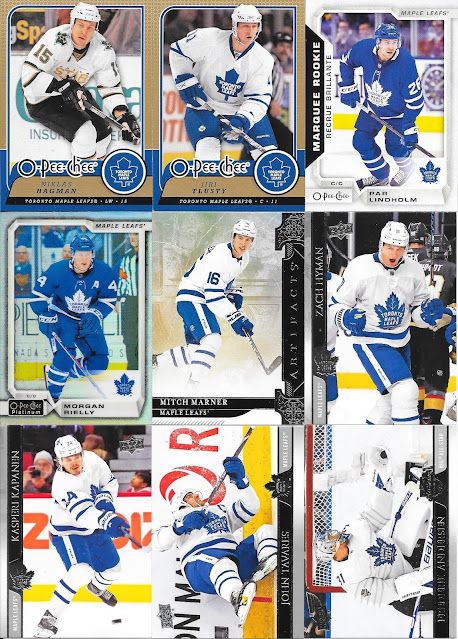 Of this bunch, my fave is gotta be the rainbow foil Morgan from O Pee Chee Platinum. I am partial to anything from the Artifact sets to though...so a tough call. 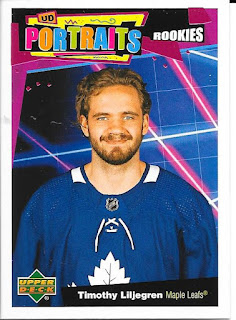 These portrait cards from 2020-21 Upper Deck scream too much of the colourfest from the 90s for my liking.
The best of the bunch...a couple team set completions... 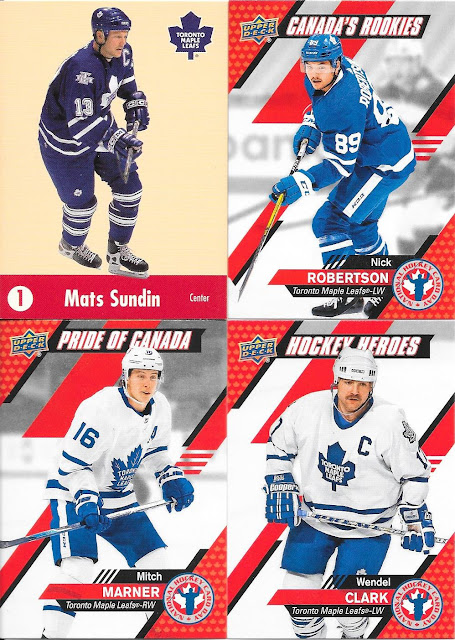 There are two of the Leaf points cards from 2002-03 Parkhurst, Mats and Tim Horton, and I already have Timmy, so that's nice to complete.
Also, all three Leafs from this past National Hockey Card Day in Canada set. Really love seeing a new Wendel Clark card - woohoo!
Many big thanks as always!
Posted by CrazieJoe at 8:00 AM