Hasn't been that long since the last, but let's split a 100 card Magic repack over a couple days and see what we get. 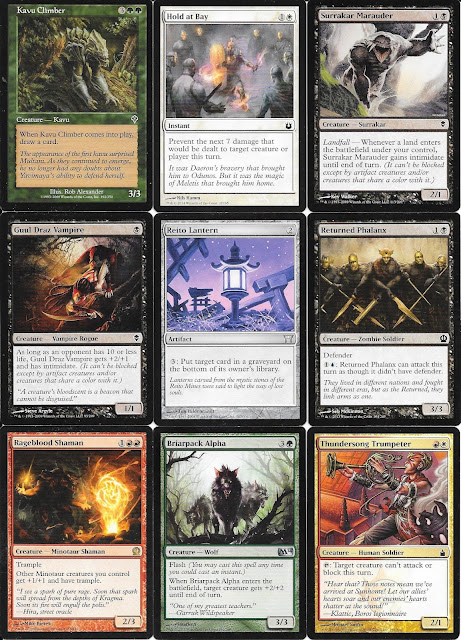 Well, at least this pack goes back a bit further with a Kavu Climber out of the year 2000. The Lantern is a great pick up as I know I don't have four of them, may not even have one actually. 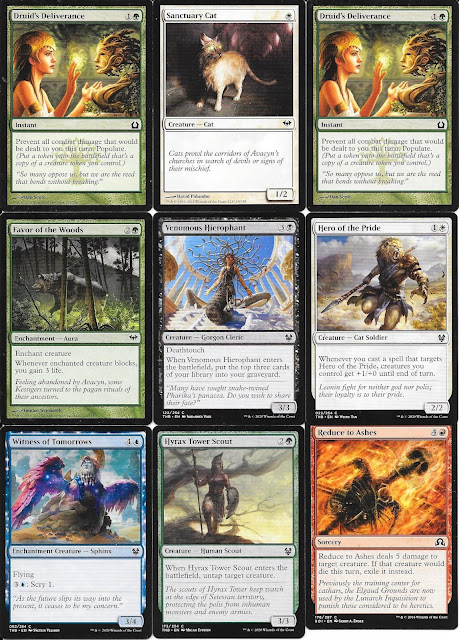 We quickly get to some dupes showing up just in this single side of cards - never a good sign, but seems to be happening regularly with these. 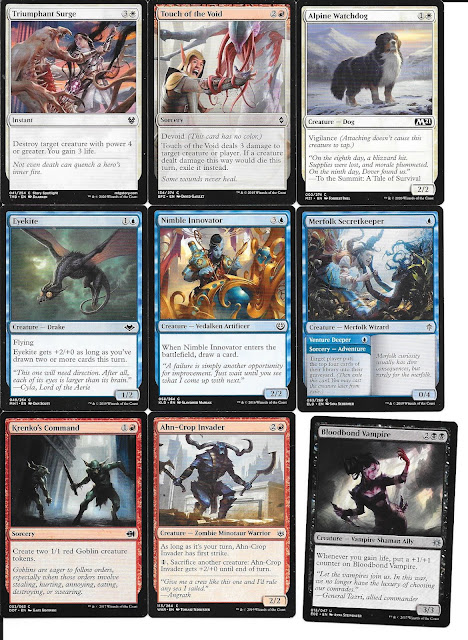 Another Merfolk Secretkeeper, which we have seen a number of. 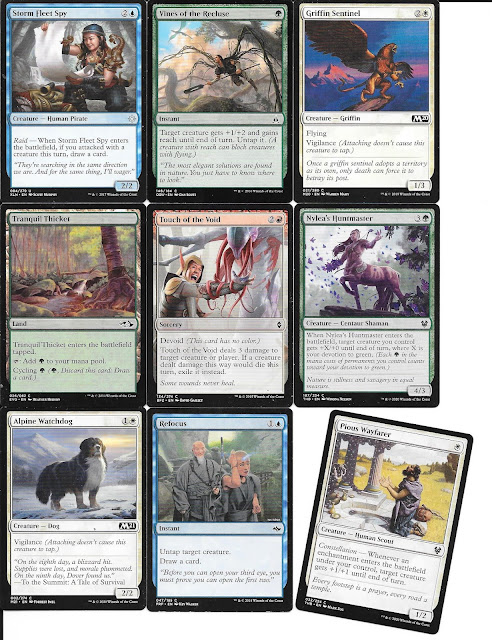 Enough dupes in this half, that some of the cards trying to run away from them. The Alpine Watchdog and Touch of the Void to name a couple more dupes. However, there may actually be reason for this. 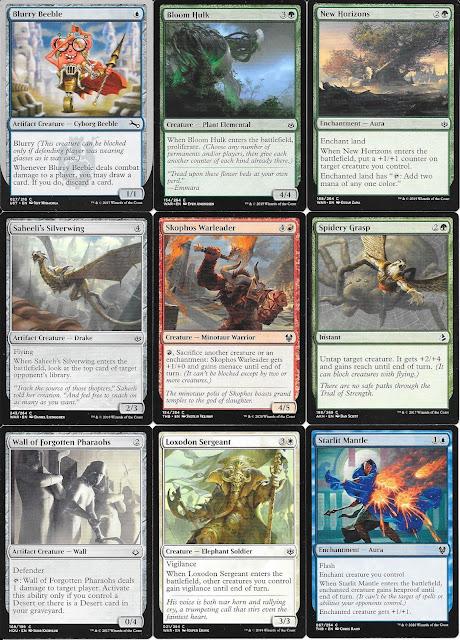 Very cool to see an "Un" card show up as that is unusual. The "Un" cards are silver bordered and are from the few joke type sets that Magic has put out over the years. I quite enjoy them, though they can be polarizing as some people really don't like them. 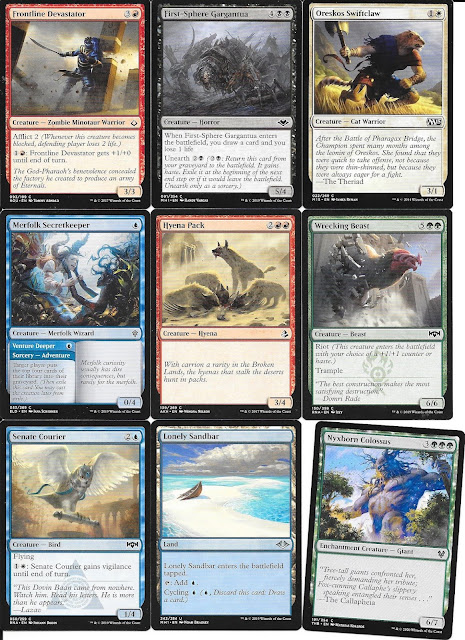 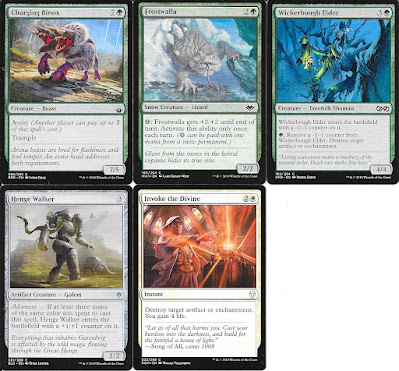 As we reach the end of this first "half", your notice that we actually ended up with 59 cards instead of just 50. I was curious and just counted the other half to see if it was equally as short, but it was just fine at 50, so at least I came out ahead with more cards than I was promised.

Before going, a special piece of mail came the other day....a season's greetings card from TCDB member Double B which had a couple items along with it... 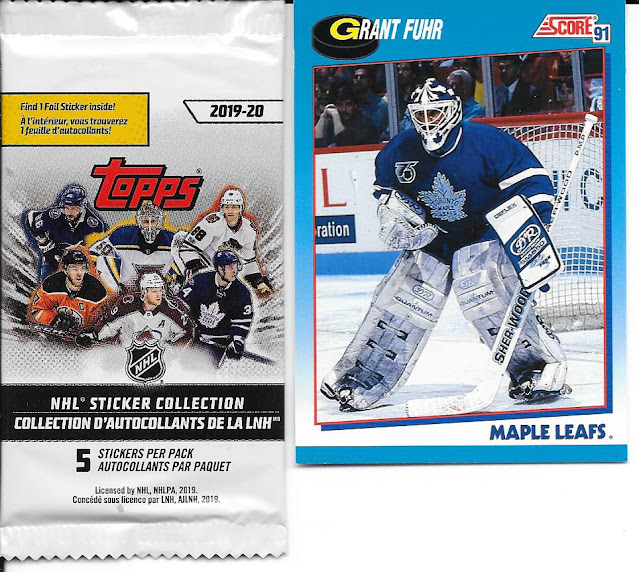 Grant was a need as this is the Canadian Bilingual version which I didn't yet have, and the sticker pack can go into my unopened pack collection, so both solid surprise additions.

Fingers crossed, I do plan to get a few PWEs out for the holidays as a nice pay it forward, just have to get the time, which may not be until just before Christmas. Maybe they will be New Year surprises. :)